It's time to fill up in Fortnite! The Gas Station locations have changed a lot in the last year as the map's evolved with each season, however, there are still a fair few dotted around. One of this week's challenges tasks you with tracking down and spraying different gas station locations, and thankfully most of them are quite close to each other.

There's one patch of Gas Stations up in the northwest of the map around Pleasant Park, and another down in the southeast around Paradise Palms.

As well, there's a Truck Stop that might not function the same way as the other Gas Stations, but we'll include it for the sake of completeness!

First off, we've listed every Gas Station in the table below:

And so you can have an easier time tracking them down, here's them all marked on the map, followed by more detailed instructions of where to find each one: 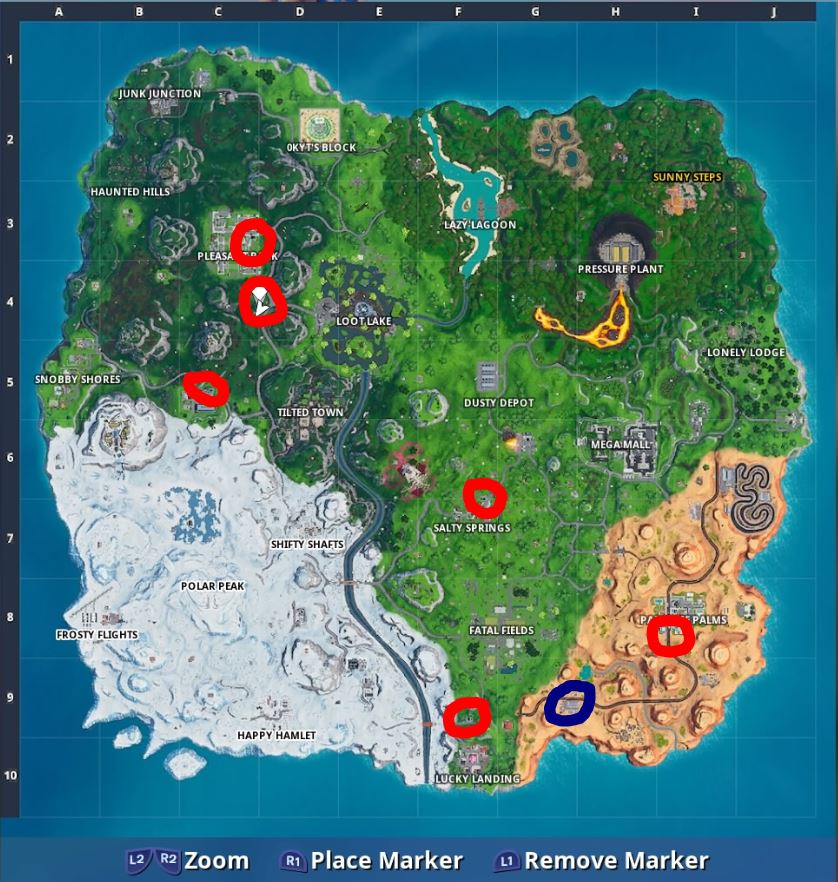 The first Pleasant Park Gas Station is a good first stop on your tour and easy to find. It's just on the eastern side of the area, in the middle of the main part of the area, next to the flat park. This is the northernmost Gas Station - close to where you find the Junkyard Crane and Vending Machines for the other challenge - so you can just head south from here to find more.

Chests often spawn inside to pay area, but it's a popular landing spot. 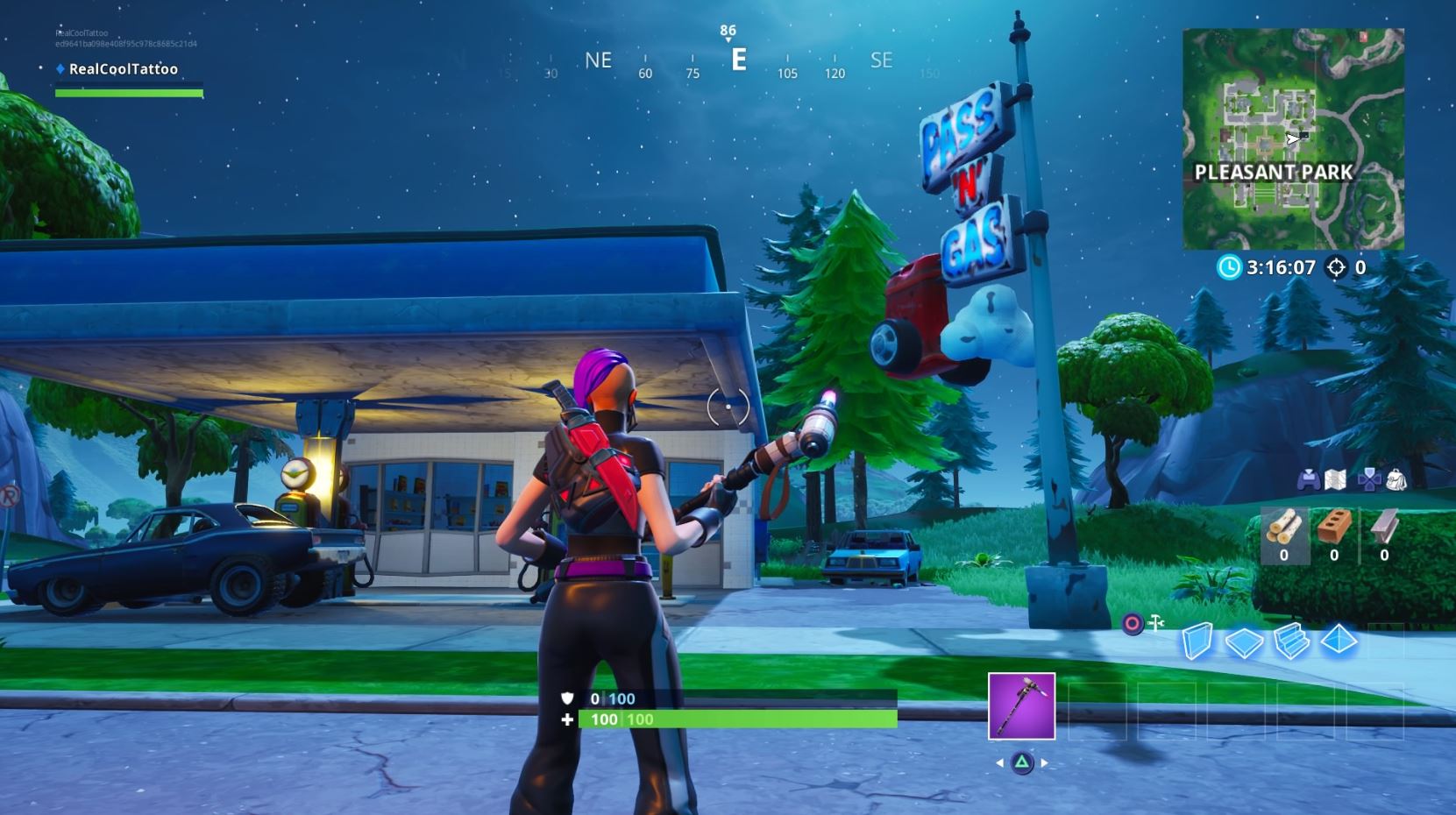 The second Gas Station in the vicinity of Pleasant Park is just to the south of the area. Follow the road heading south, watching out for other players that might be heading up from Loot Lake or down from Junk Junction, and you'll see the Gas Station by the side of the road.

Weapons tend to spawn on the roof of this building, and you can feel quite isolated if you get pinned down here. However, it's still quite close to other locations. 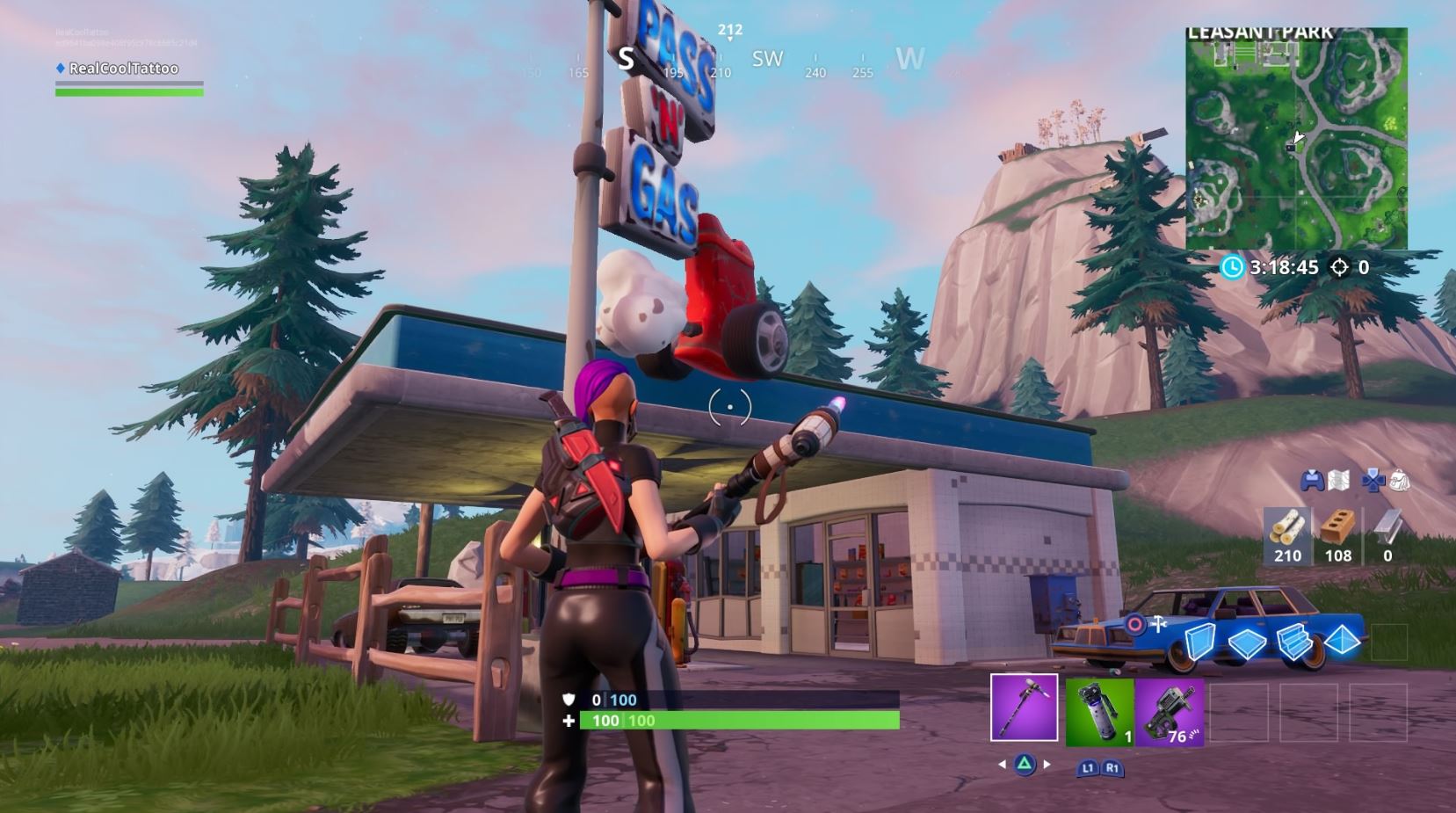 There's plenty of loot around the indoor soccer field to stock up with, so you shouldn't be a sitting duck when you head to this location. The Gas Station is in the northeast corner of this unnamed area, slightly to the north of the main soccer field building. 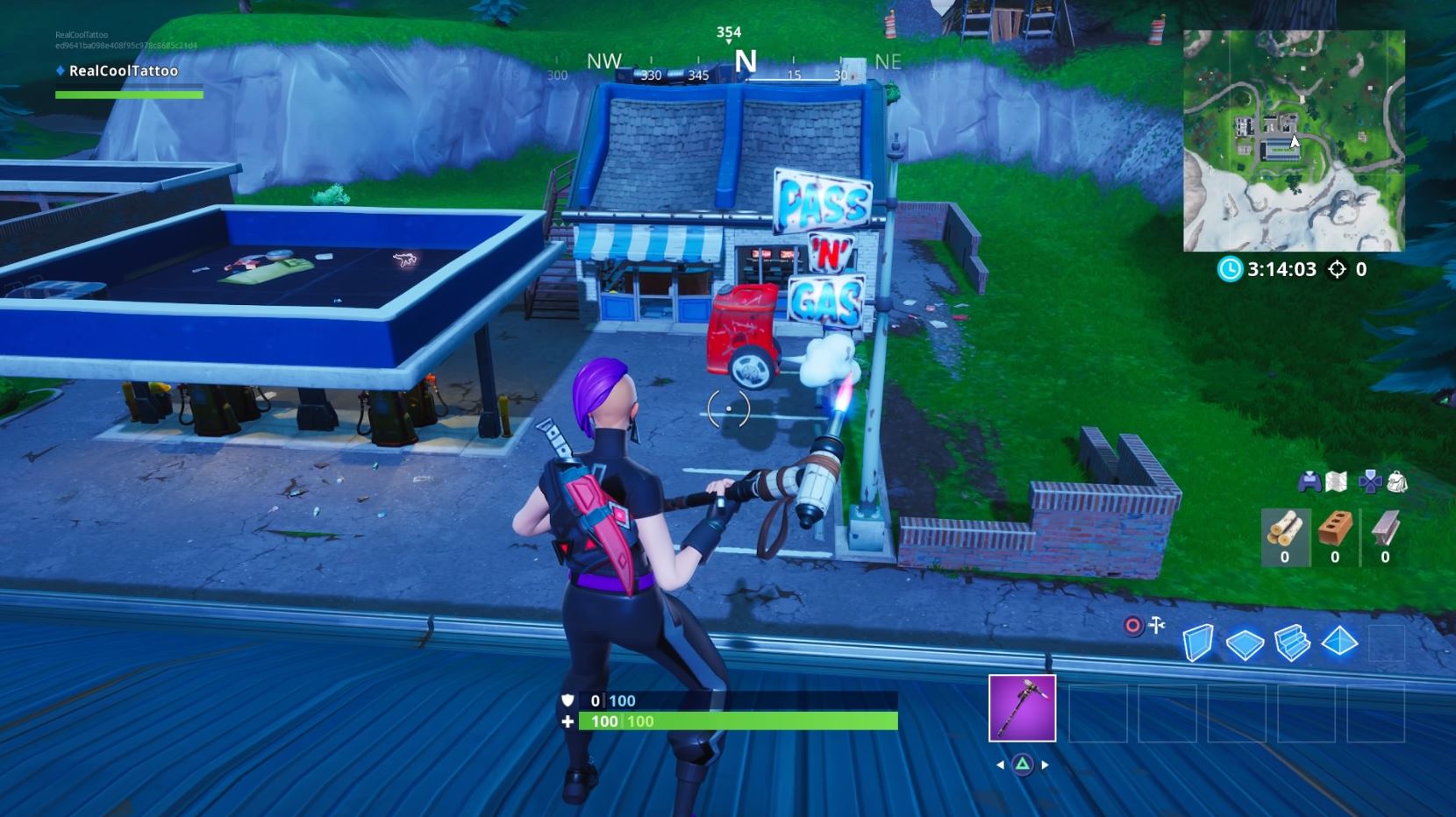 You can find both chests and vending machines around the pay area of the Salty Springs Gas Station. It's in the northeast of the area, next to the road that leads out and up towards Dusty Depot! 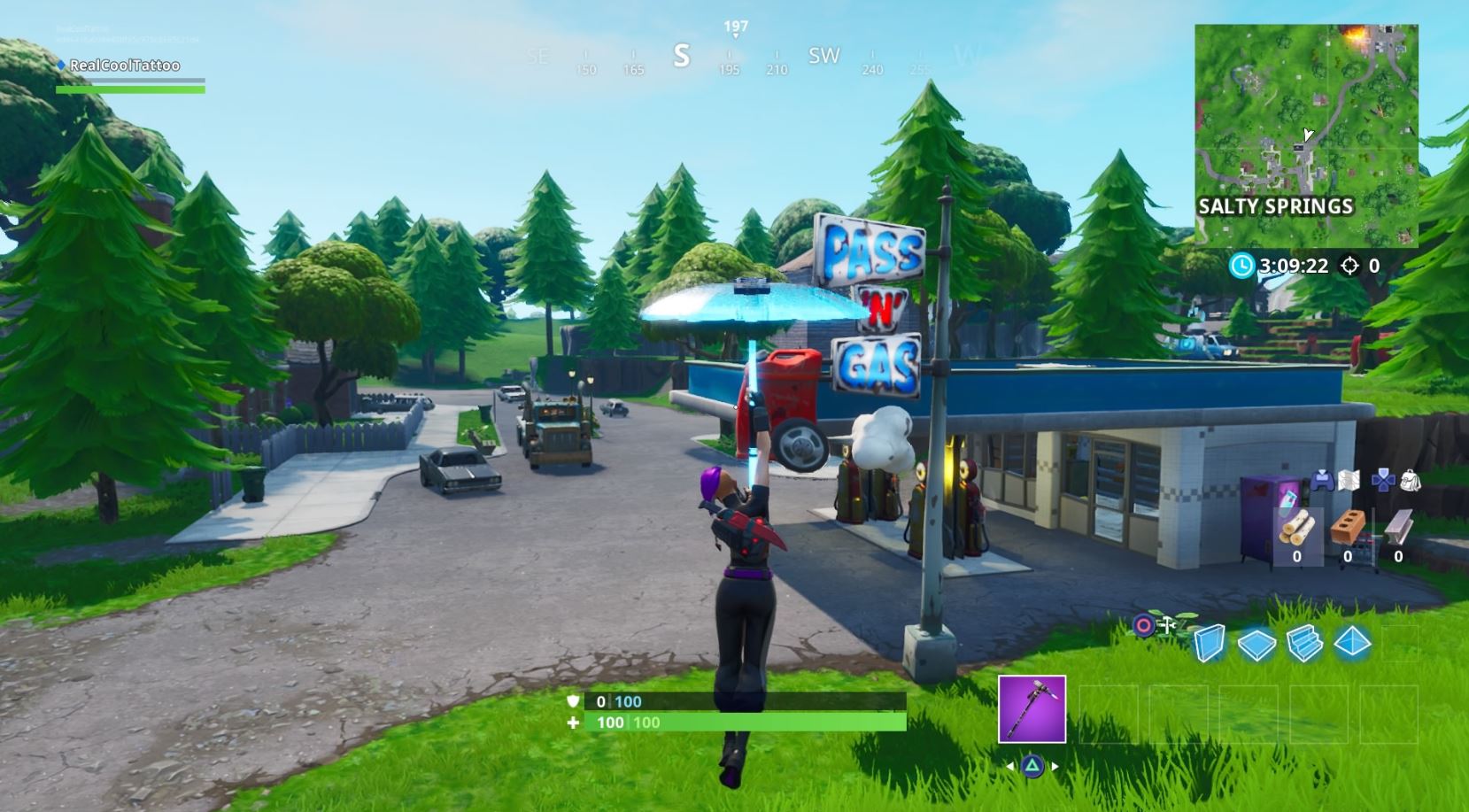 This one looks a little different from the others, but is still definitely a Gas Station. You'll find Station 99 on the southern end of Paradise Palms, next to the road that leads down and out towards the dinosaurs.

You can find all sorts in Paradise Palms, so you should be able to stock up for the rest of the match. Maybe try landing on the tall hotel first to make sure you're not ambushed. 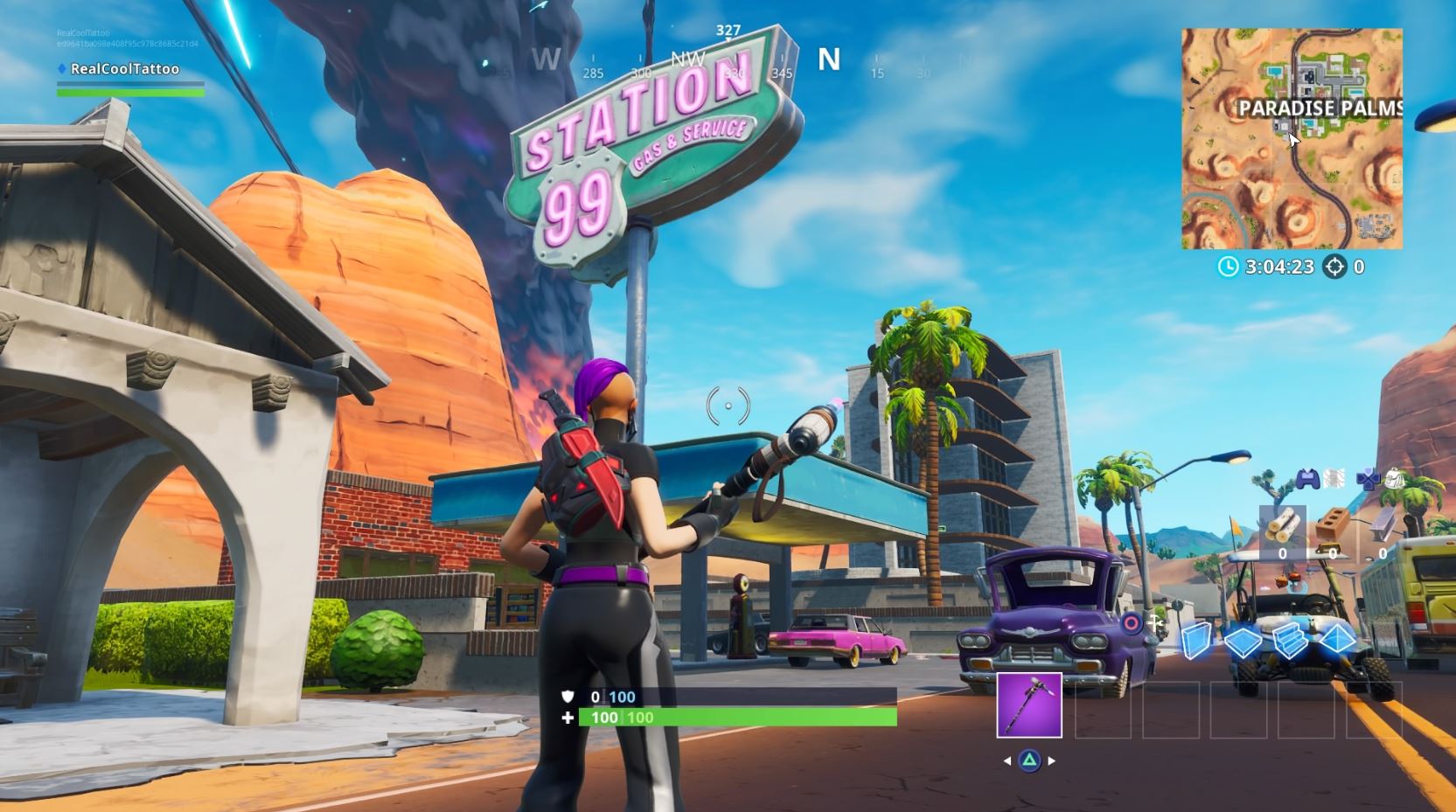 Lucky Landing is an underappreciated named location, and doesn't seem to be very popular, tucked away down at the southern extreme of the map. It's next to the snowy area when you find one of the graffiti covered billboards.

You can find a Gas Station on the periphery of the area though. Just land in the middle and walk directly north, you'll see what you're looking for over the other side of the hill, with the bridge to the snowy biome to the west. 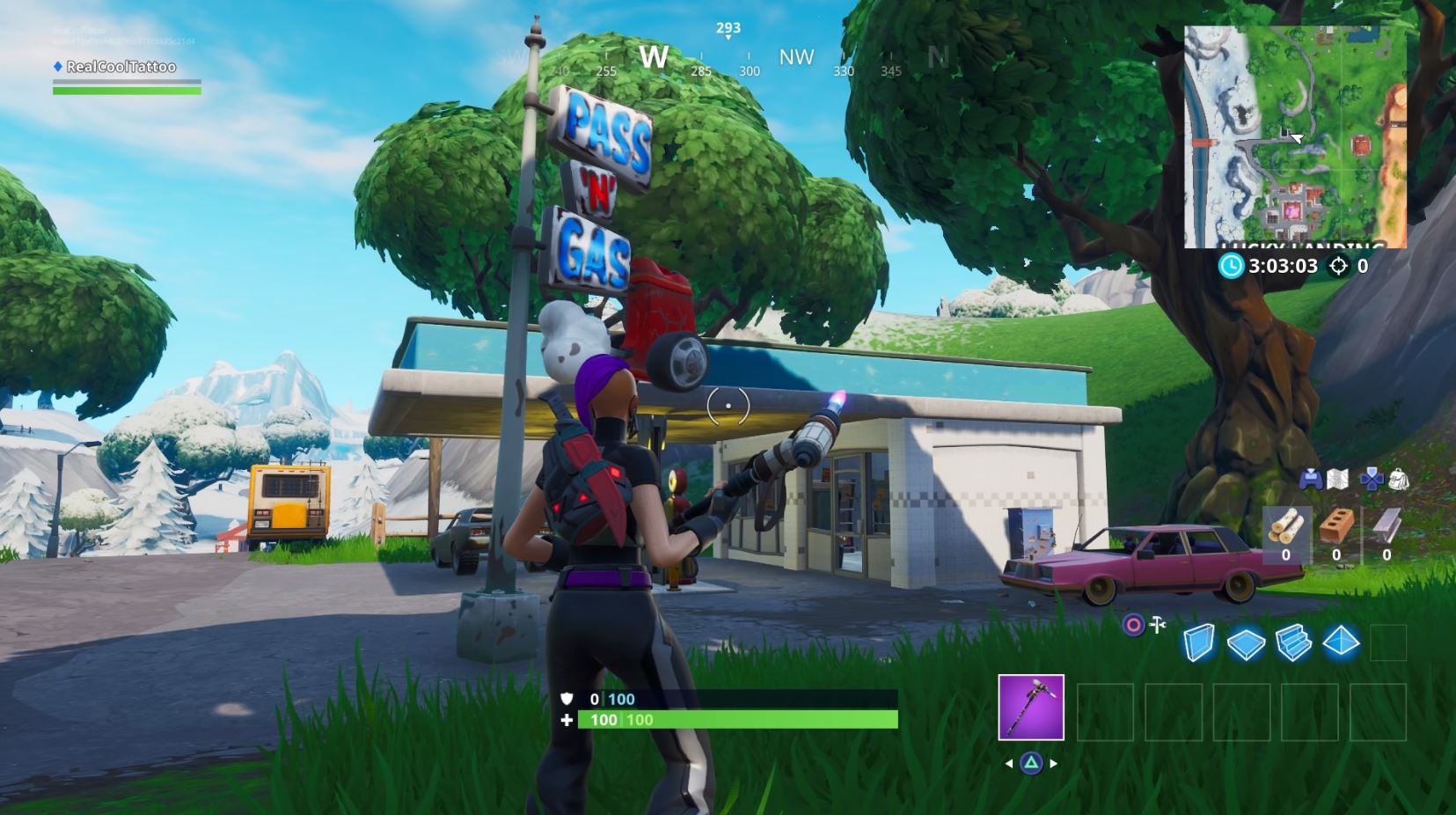 We've included this because you can technically get gas there, but it's not the same as the other Gas Stations.

You'll find the Truck Stop to the southwest of Paradise Palms - further along the road than the junkyard where you find the container with windows. All you have to do is follow the road out of Paradise Palms that runs past the dinosaurs and you'll eventually come through the stop. 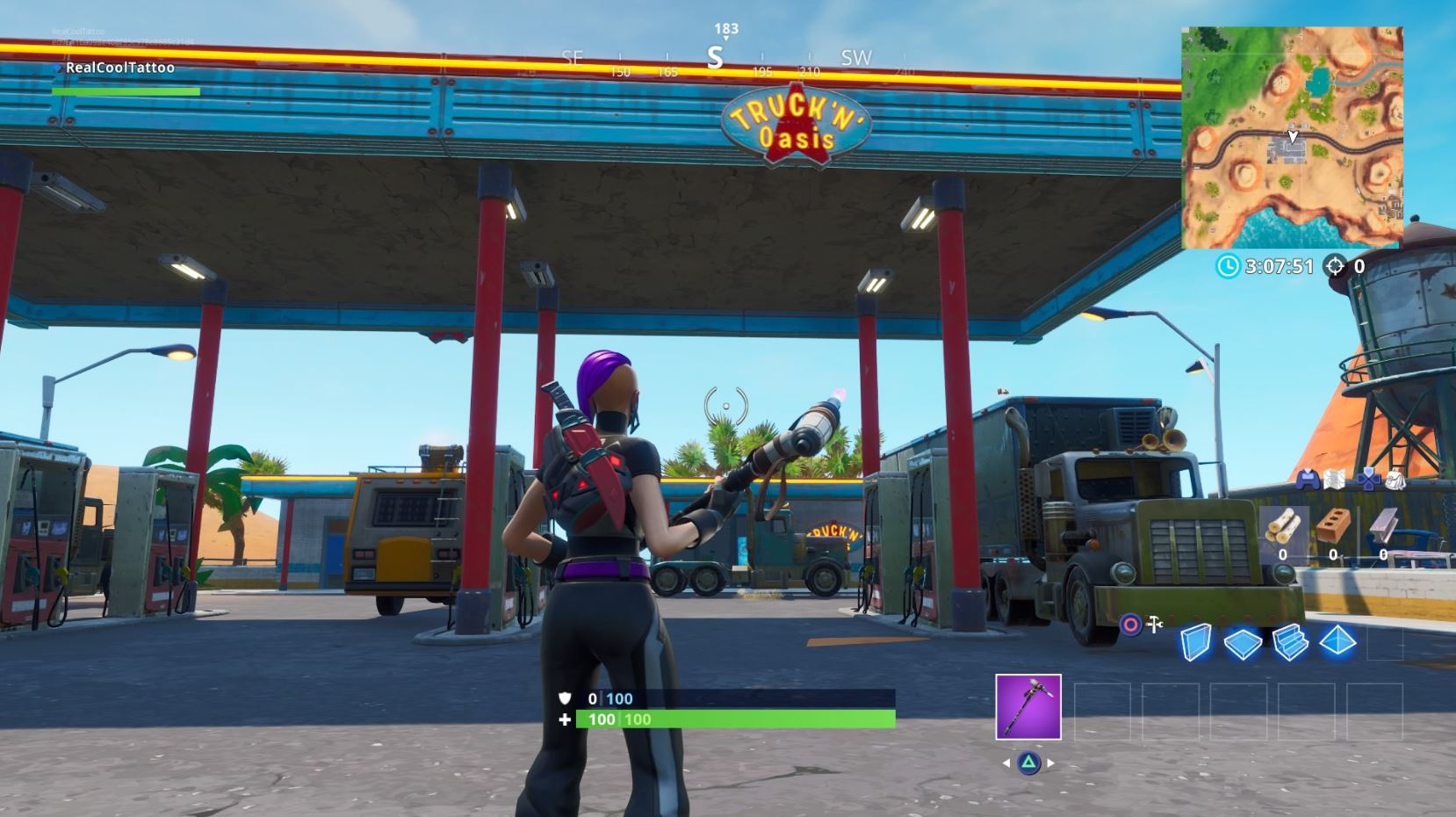