Who needs a room with a view? This time in Fortnite you're hunting down some makeshift lodgings with some portholes that are more wishful thinking than useful: "Containers with windows".

Not only do you have to track down these elusive locations, but you have to collect chests from them as well. This means that you don't have a 100% chance of finding a chest every time, so you're probably going to have to come back multiple times across multiple games.

Let's get this out of the way. The containers don't really have windows, just painted on sprays, so don't be confused.

There are six containers with windows that we've found in total, and here's where you need to go!

Search chests inside containers with windows

We've listed all of the locations where you can find containers with windows in the table below, as well as marking them on the map: 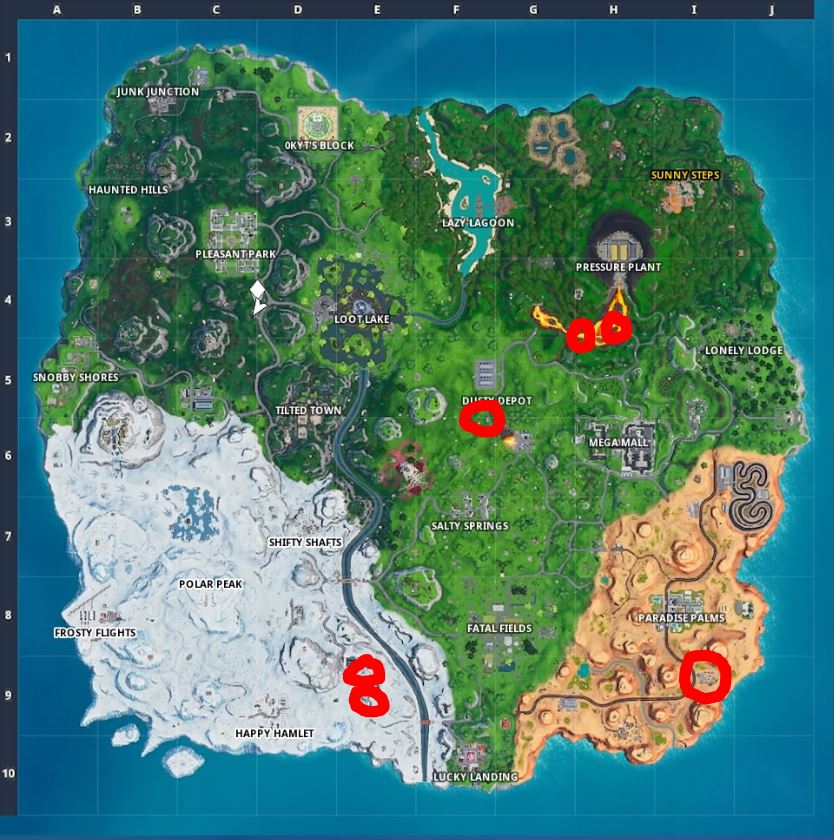 The first container with windows that you can find is in the junkyard to the south of Paradise Palms and the racetrack area where you find a graffiti-covered billboard. Just follow the road south down towards the edge of the map and it's on the eastern side. 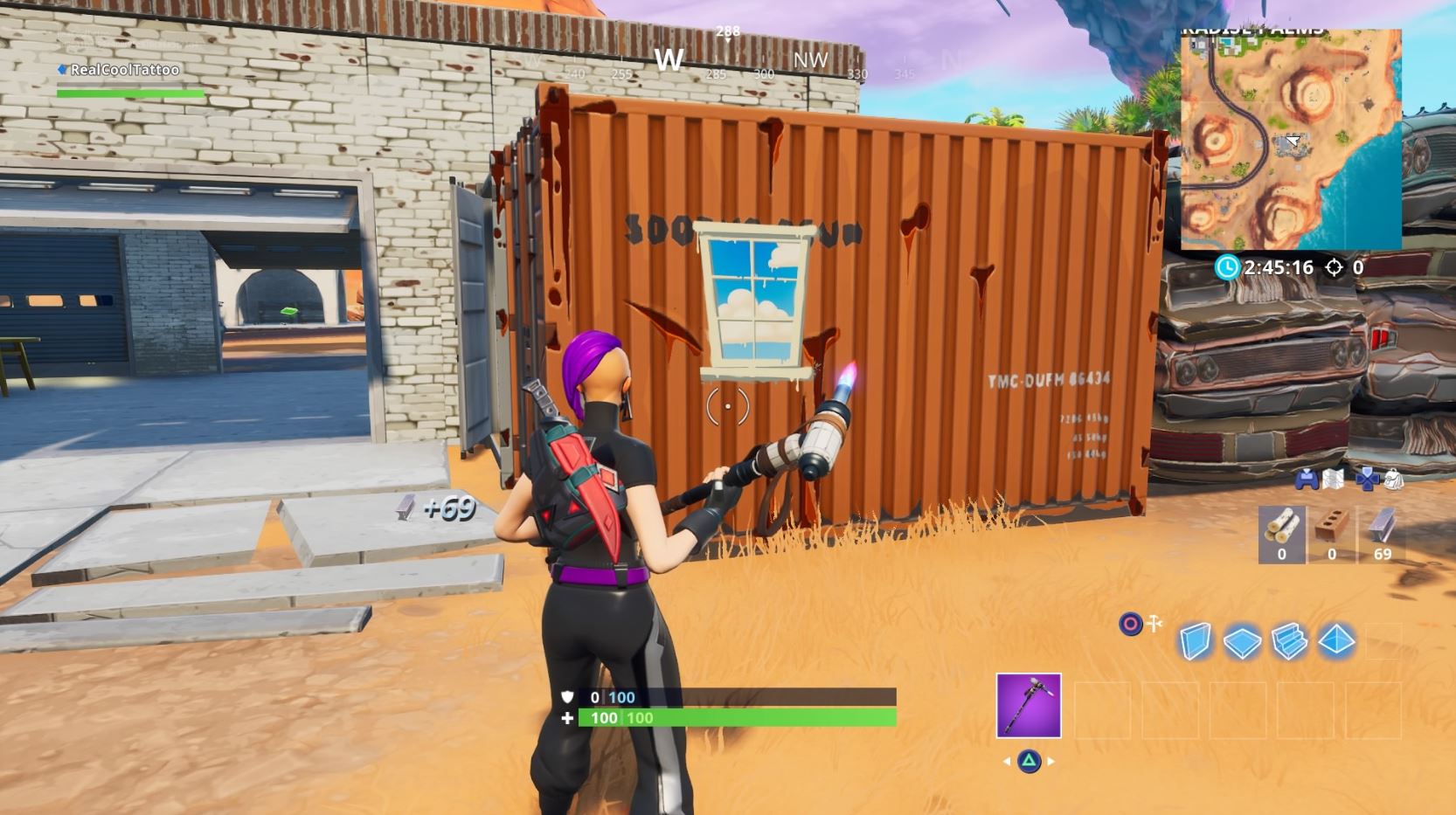 On the northern side of the small area, next to the building, you'll find the container. 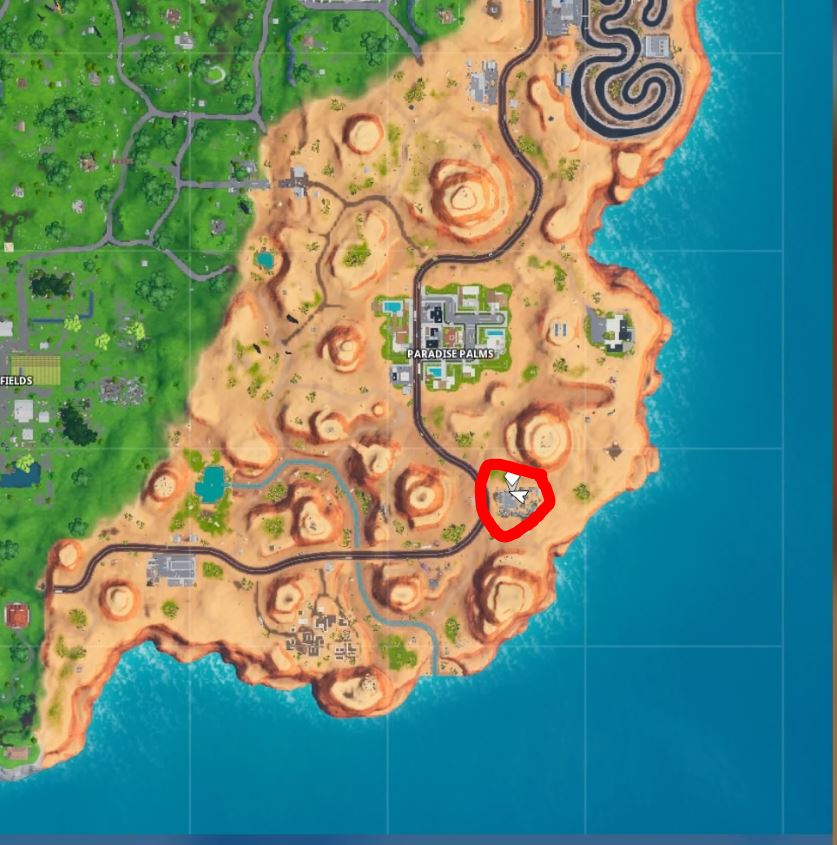 You can find two containers with windows in the southwest of the map, down where Flush Factory used to be in what's now the Snowy area. It's to the northwest of Lucky Landing - but much further up than the Gas Station there - and northeast of Happy Hamlet. 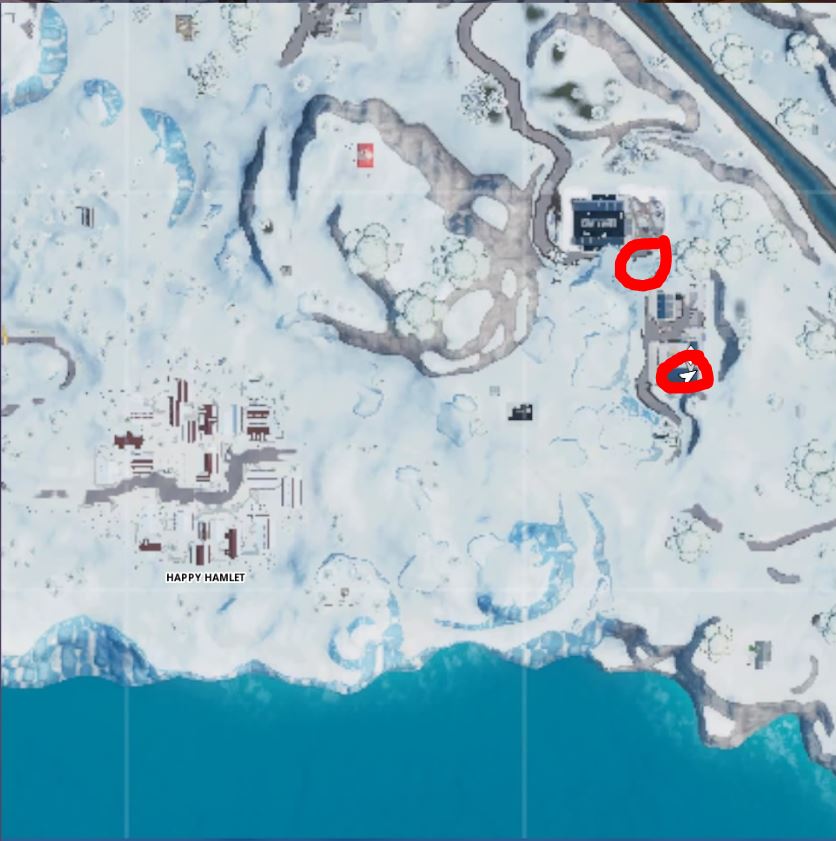 The first one is between the two walled factory areas. 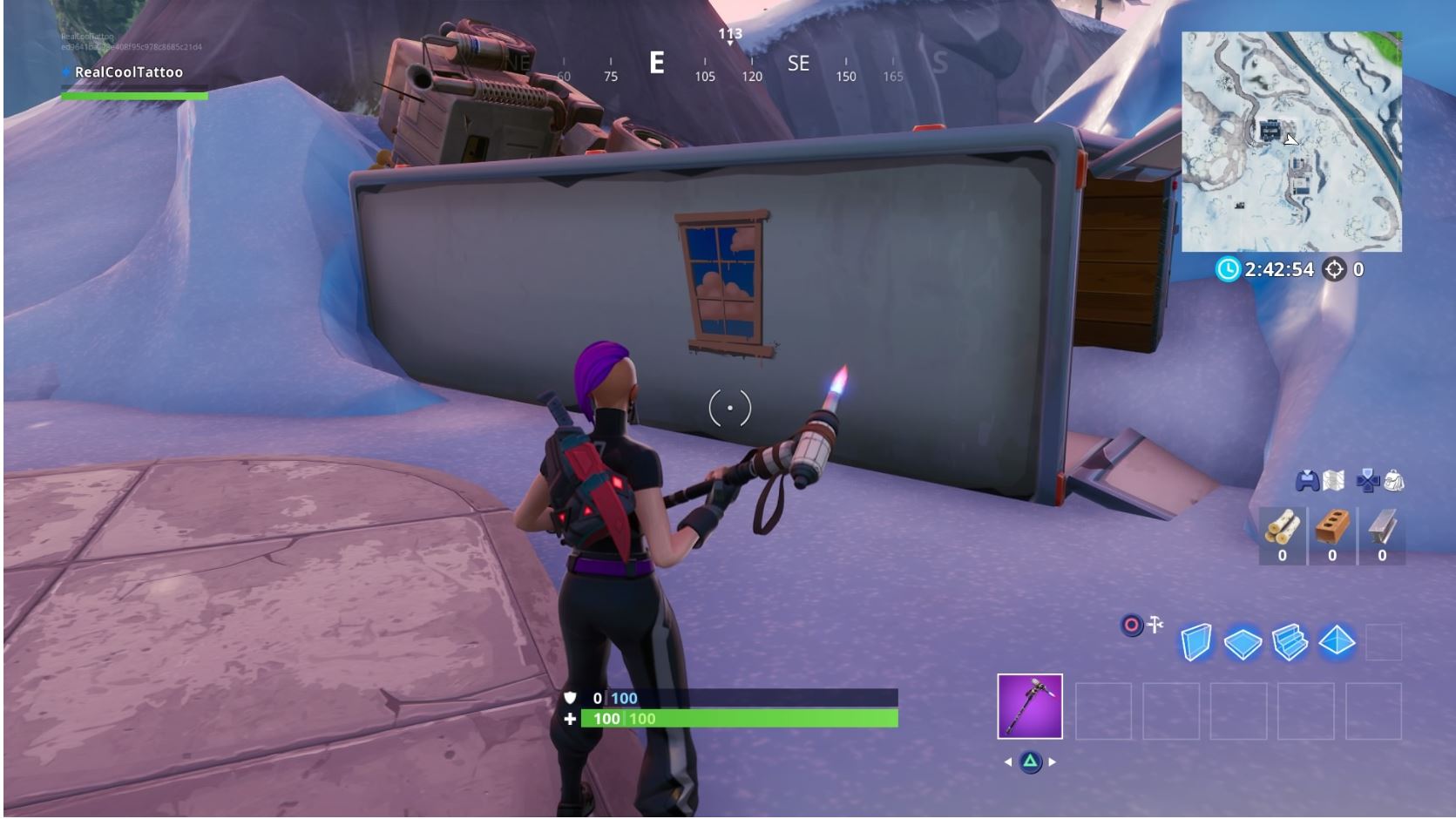 While the second one is inside the bottom part of the southernmost building in the southern walled factory area. 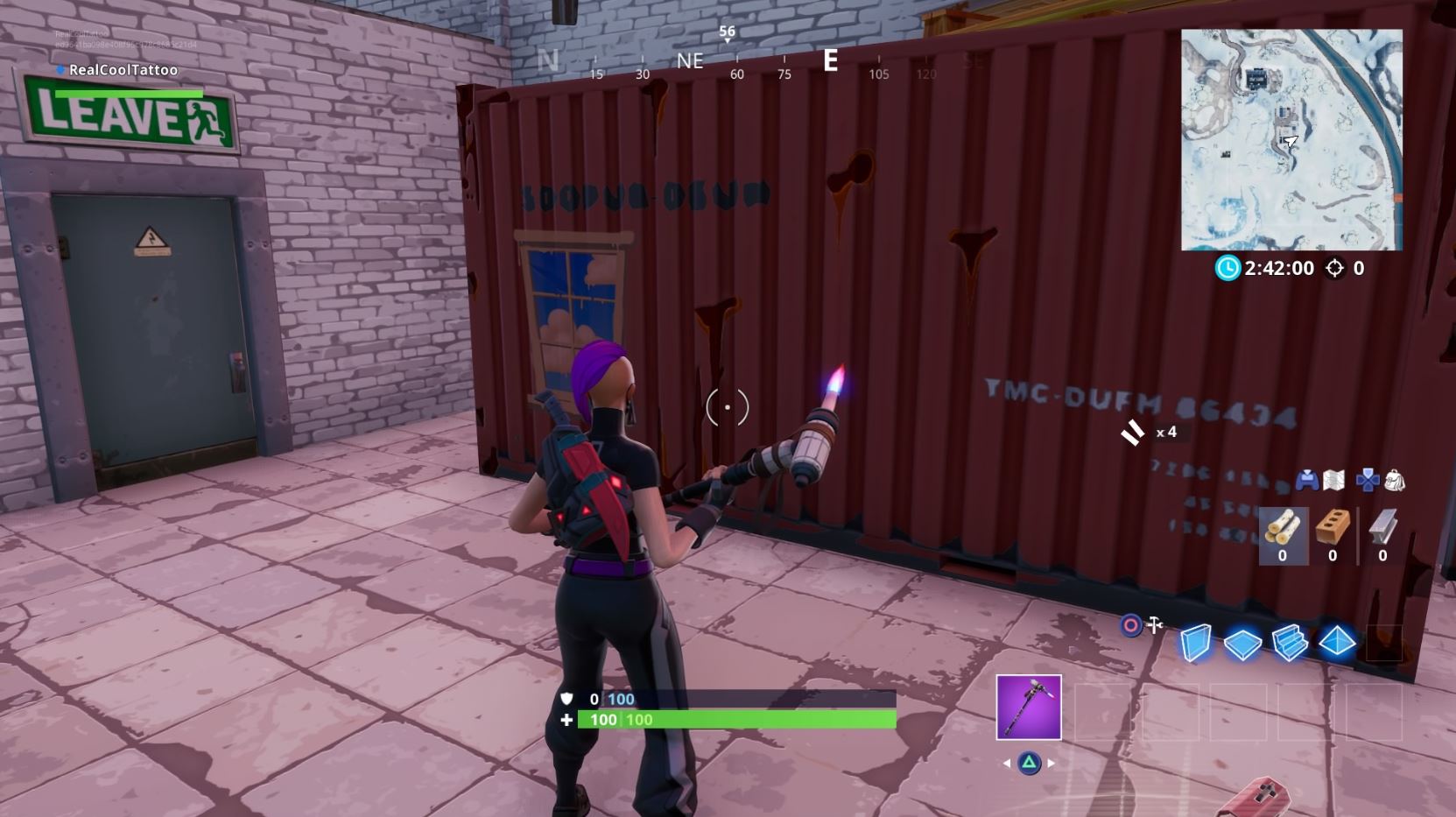 There's yet another windowed container to the south of the recently reintroduced Dusty Depot. To get there you can head west from Mega Mall - maybe after you've sprayed a Fountain there for that challenge. 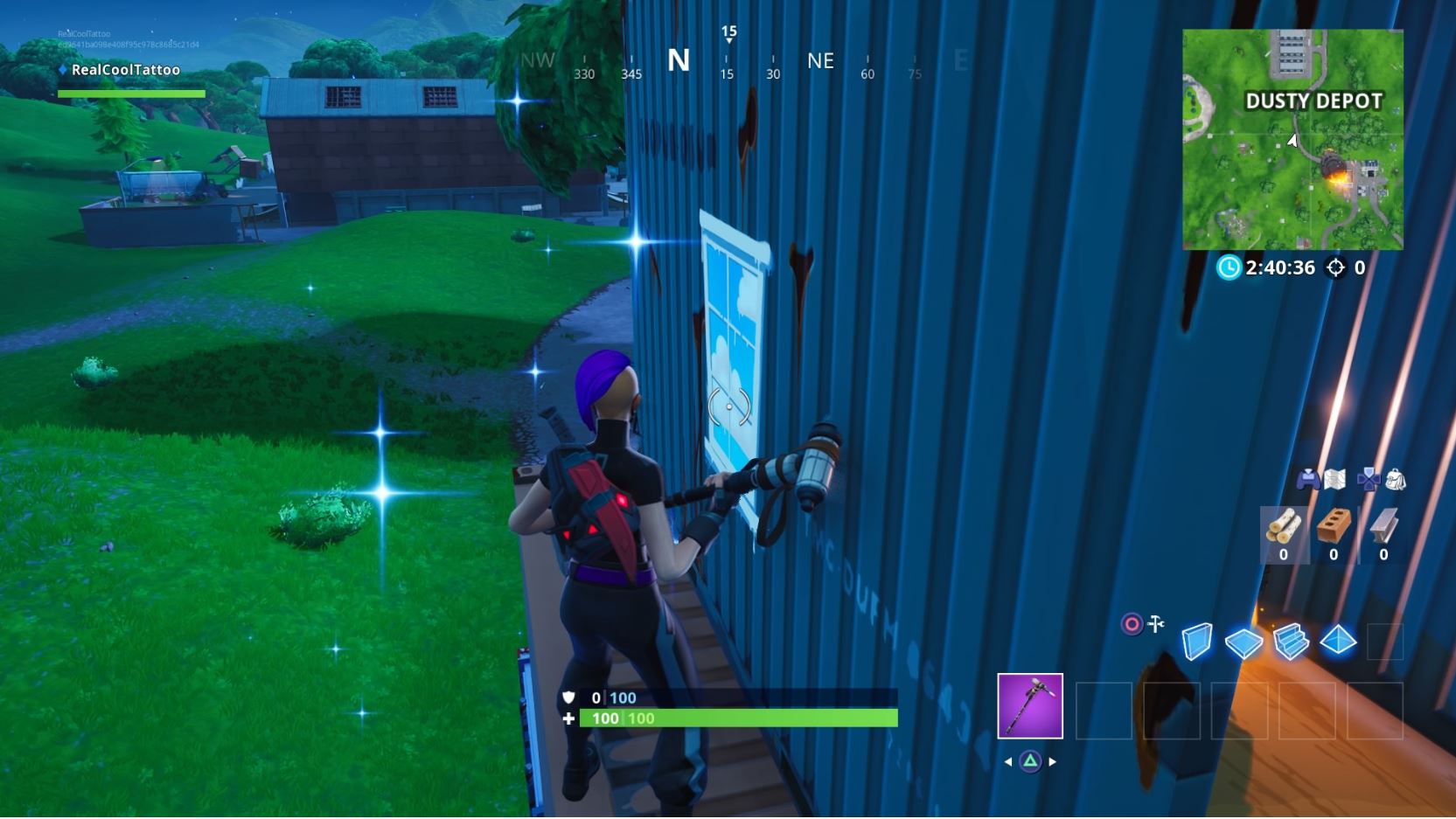 It's high up on top of a pile of other containers, so you'll either have to build up to get to it, or swoop down straight from the battle bus! 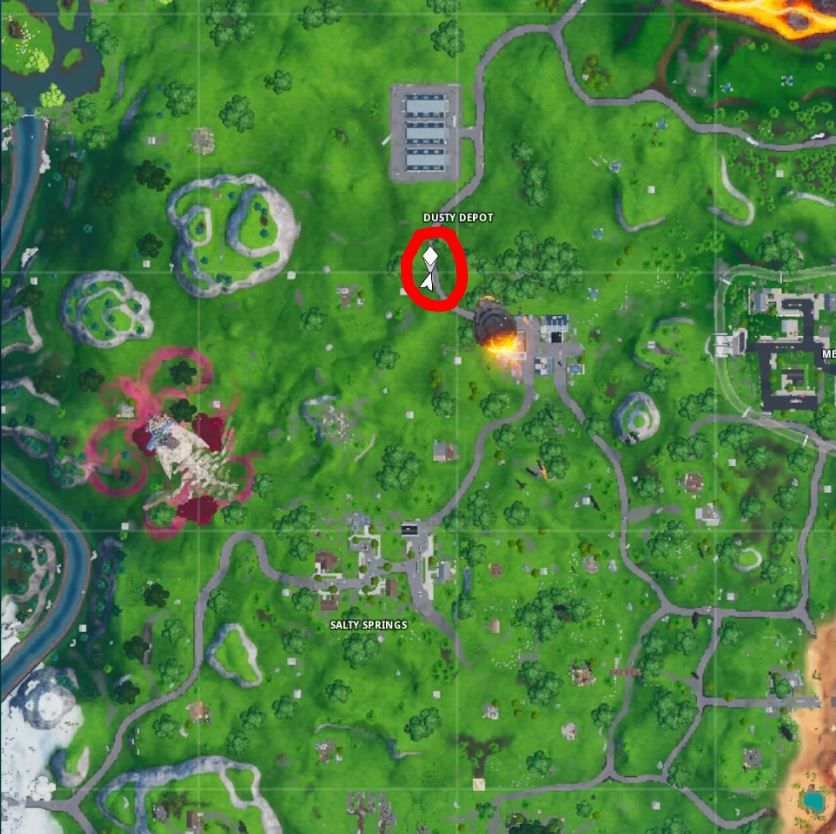 Finally, you can find two more stranded on the lava river to the south of Pressure Plant. 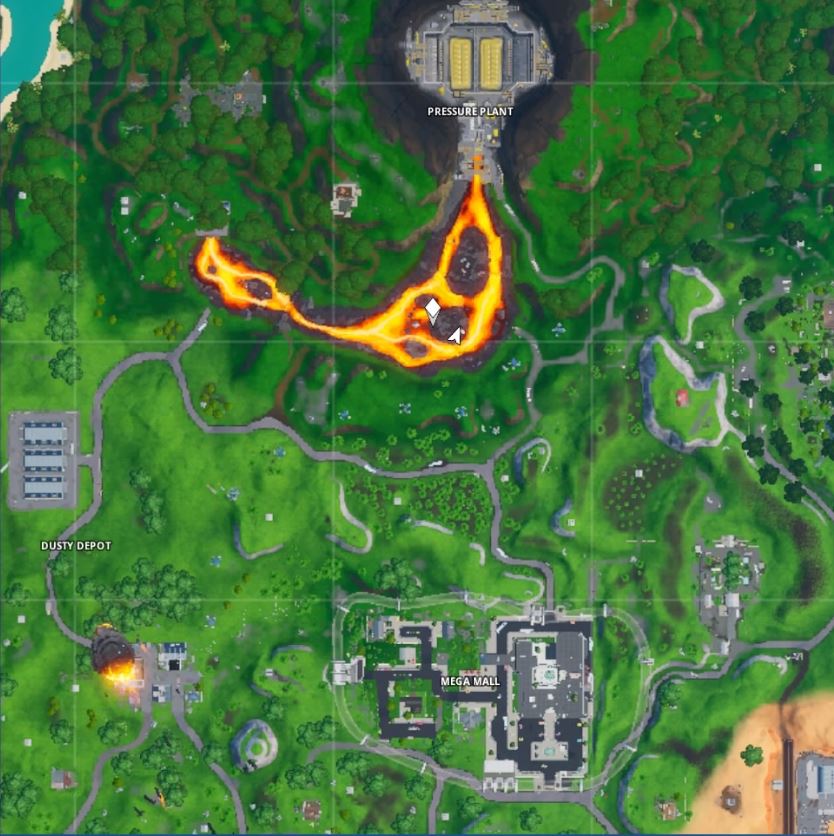 The first is almost directly south of the plant, in the middle of a larger, rocky platform. 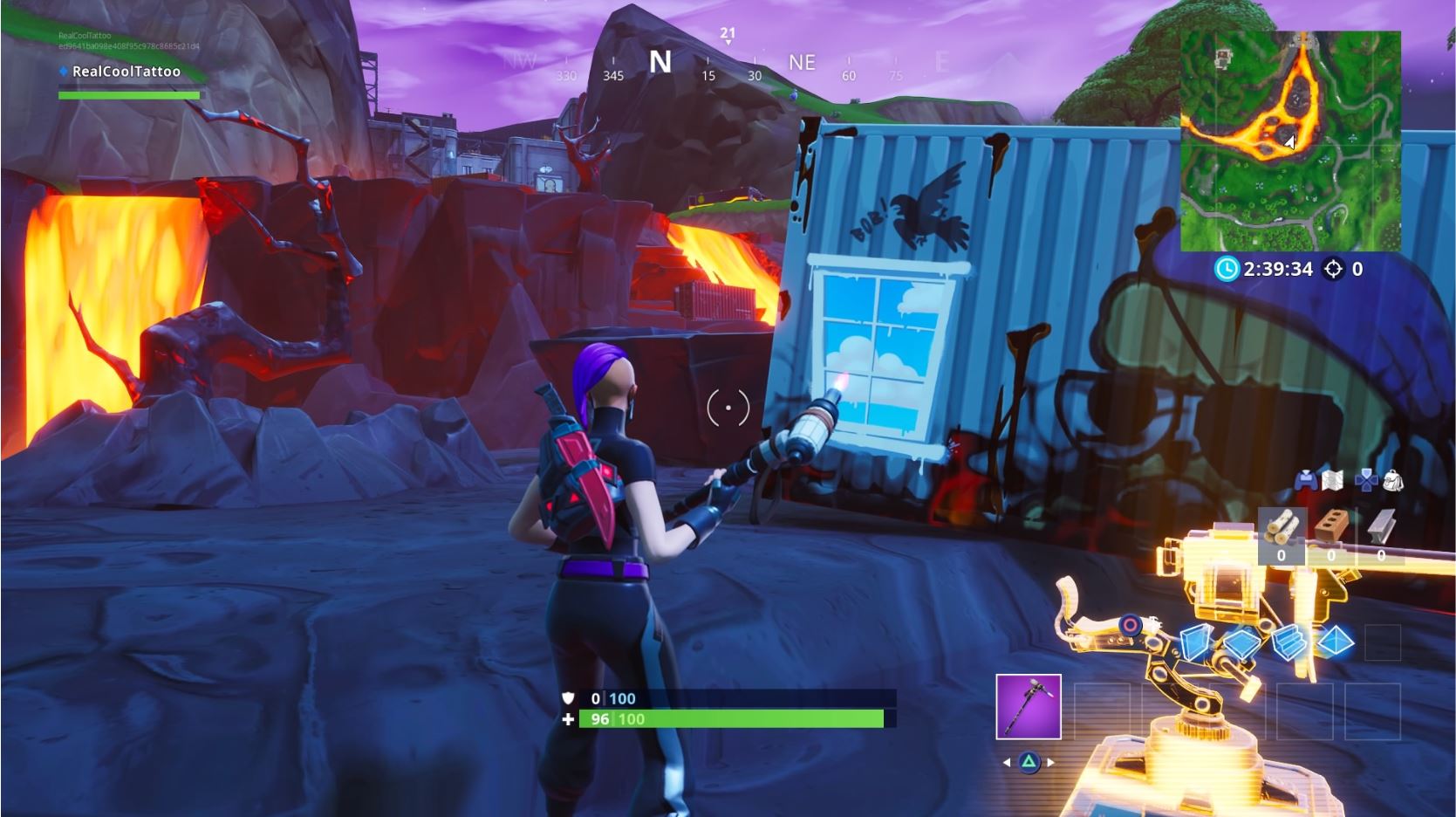 The second one is a little to the southwest on a smaller island. Both have a big pirate spray on the side too. 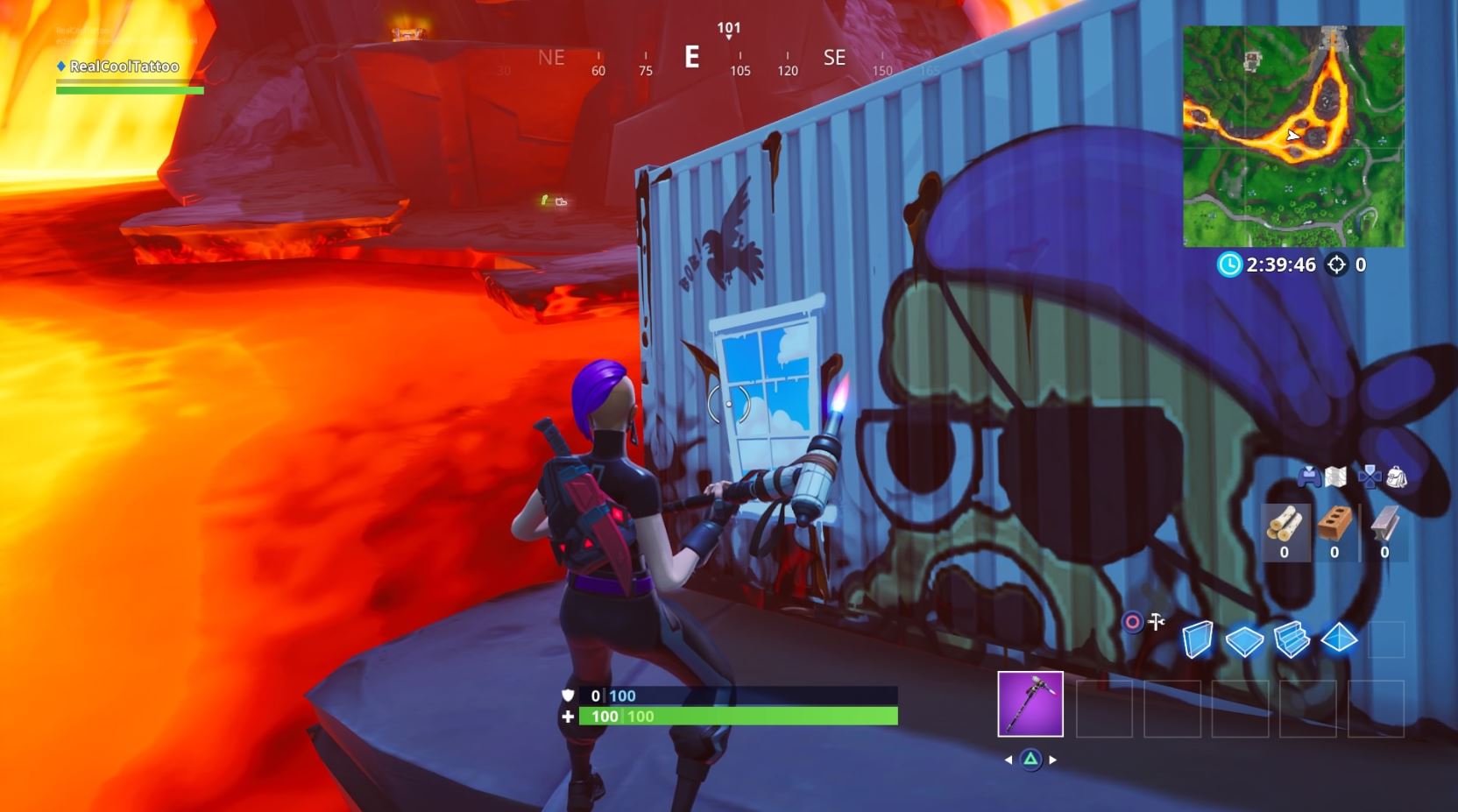 For your next challenge, why not visit the Durrr Burger head, dinosaur and Stone Head statue?

The Spray and Pray missions are also live, so check out where to find some lost spray cans, all the gas station locations and where to find graffiti-covered buildings.