The wet and wild season 3 is here, and with it another DC superhero has landed in Fortnite: Aquaman. Perfectly suited to the new aquatic surroundings, the Aquaman skin is unlocked by completing 5 hidden challenges throughout the islands. Here’s what to do. 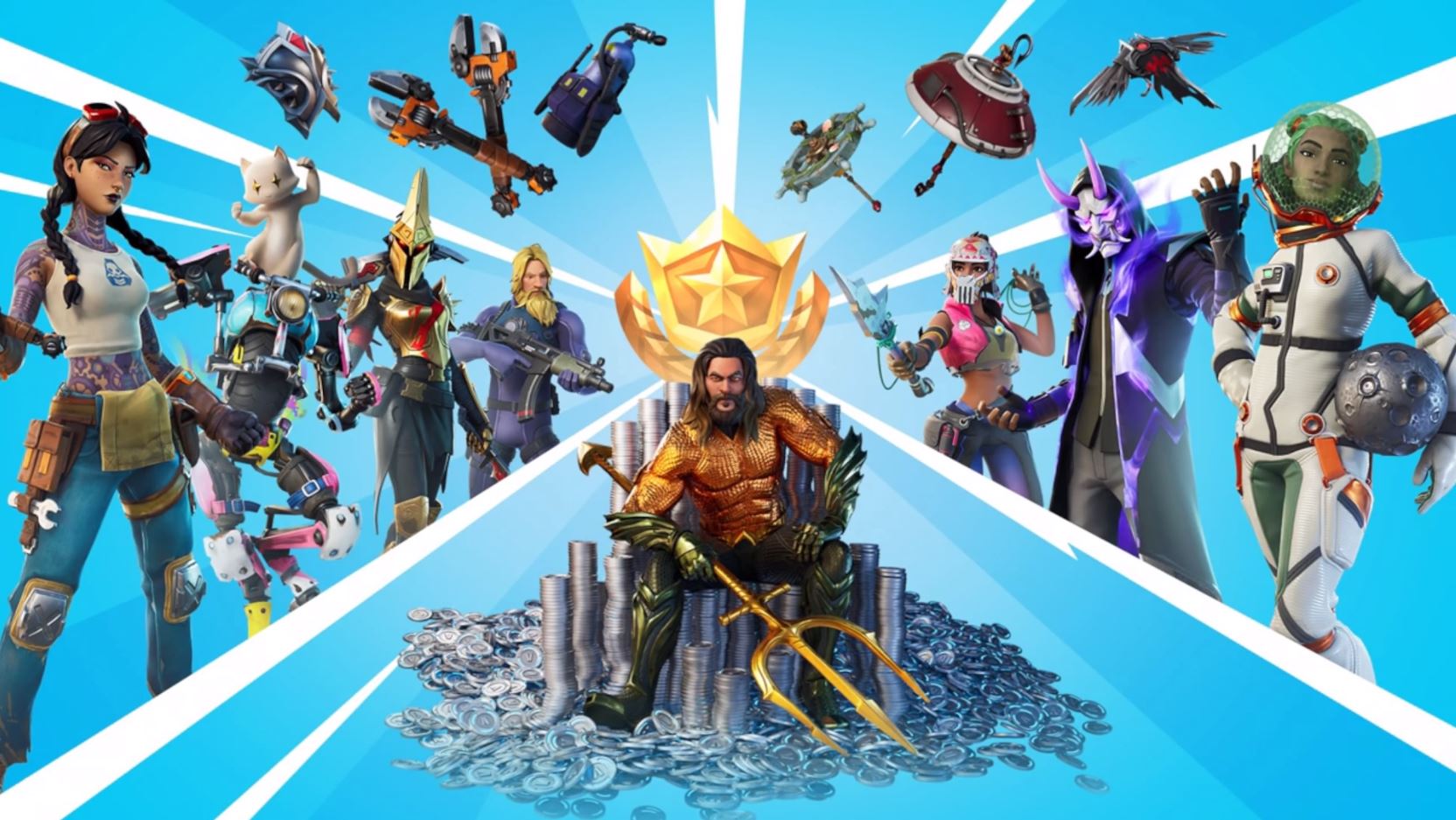 Although you can get a start on Aquaman now, you won't actually be playing as him any time soon. The final 4 Aquaman challenges unlock over the coming month, with the last one currently sitting at 29 days from the start of Season 3.

However, you can make a start, and grab yourself a sweet new loading screen.

The list of challenges, and their rewards is as below:

In brand-new surroundings, it's easy to lose your bearings and not know where to go - especially when much of the map is greyed out.

To use a whirlpool at the Fortilla, head towards the southwest of the map - where the Oil Rig used to be last season. It's between Holly Hedges to the north and another new location, Rickety Rig, to the southeast. 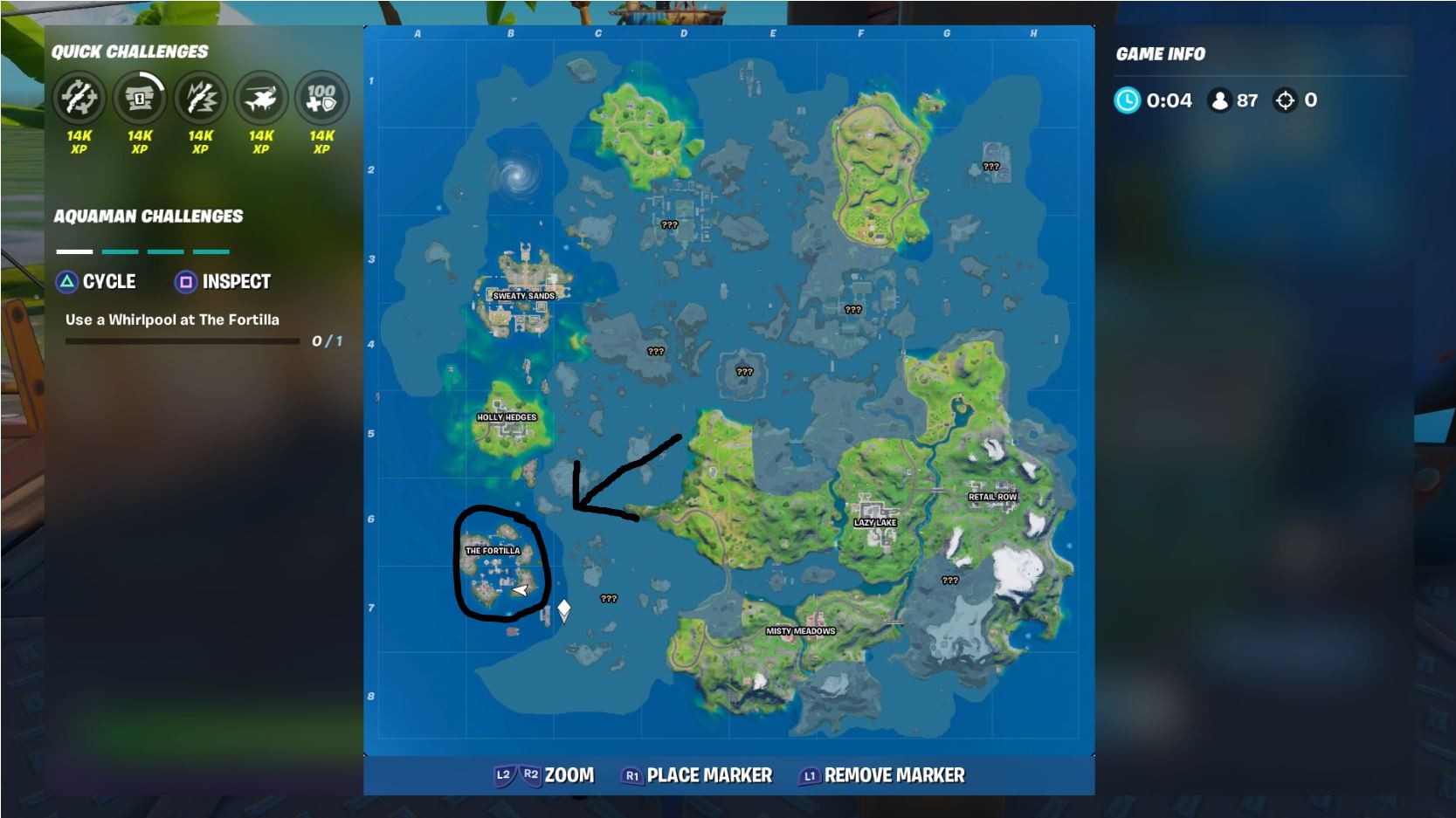 Next, to find a whirlpool look off the southern edge of the middle island of the Fortilla. Towards the party boat in the water you should see small swirling circles - these are whirlpools that shoot you up into the air when you swim through them. 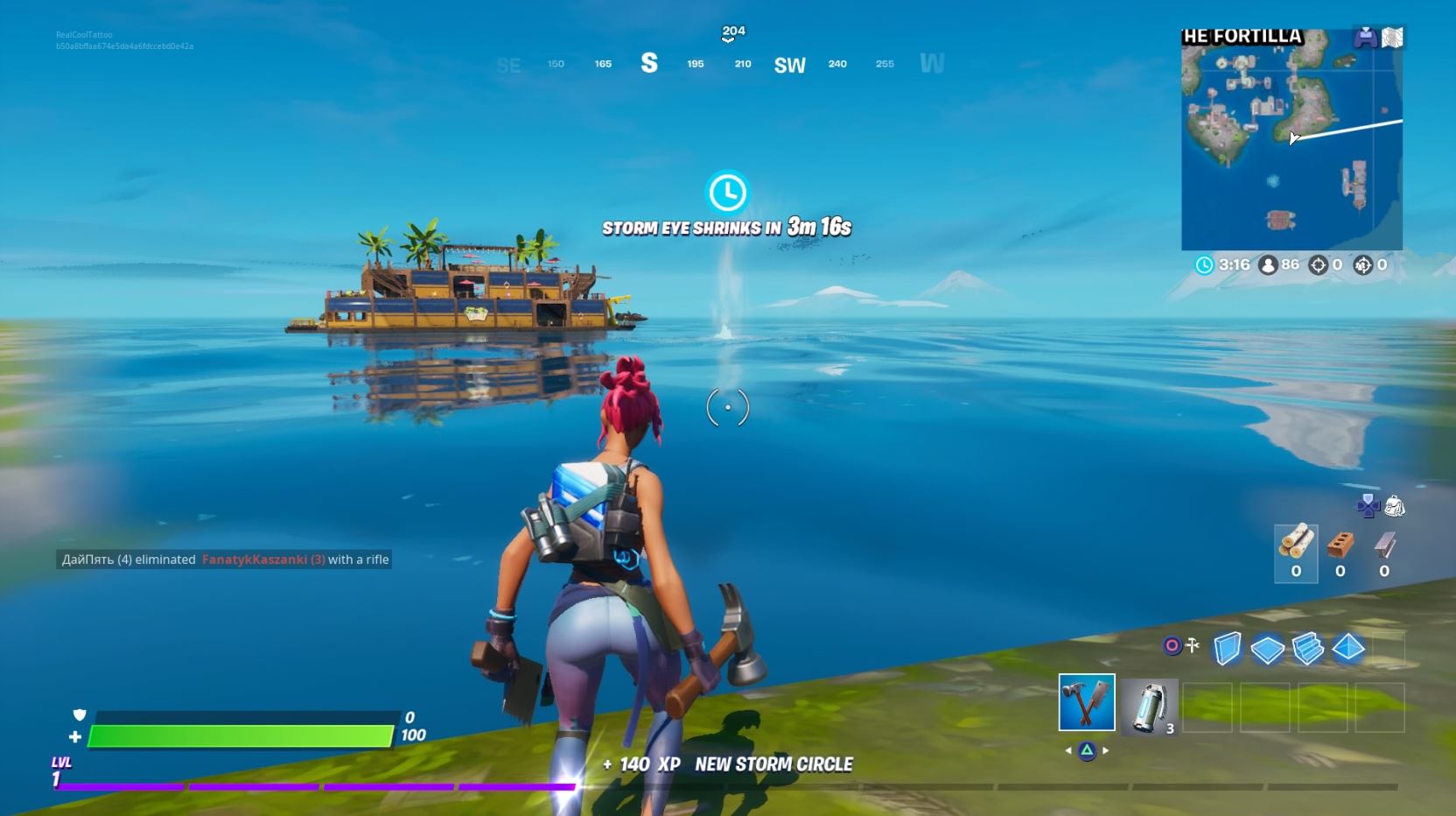 They're much smaller in the rest of the map than the huge one in the top left corner. 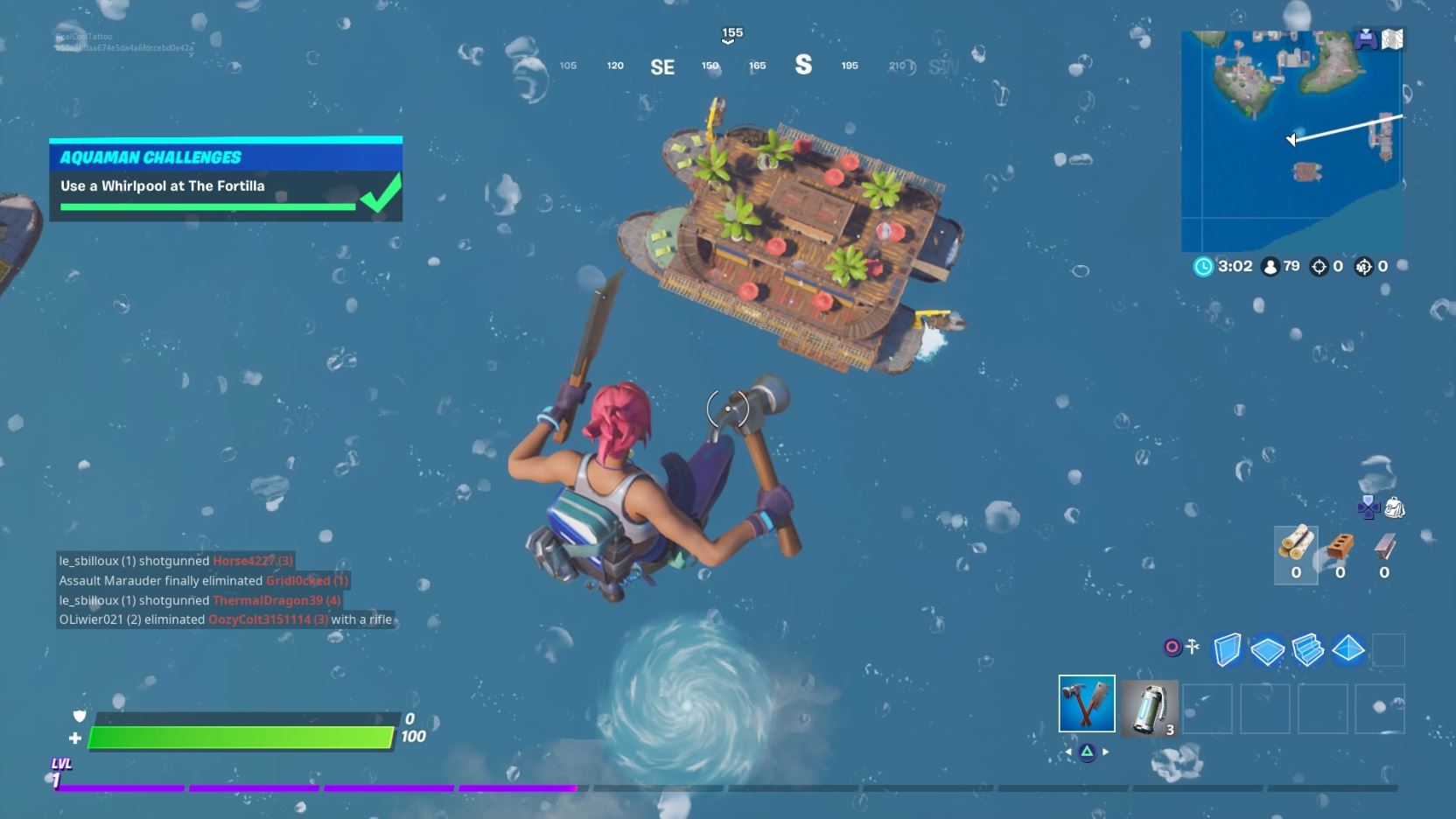 For more on the new season of Fortnite, check out the brand-new Season 3 trailer - which features Aquaman himself.

While we also have a full page on all of the Season 3 Battle Pass skins, here.