Fortnite Season 3 is has begun and as always, there's a whole new set of Battle Pass skins to collect and tasks to tick off to complete your collection.

The latest Battle Pass trailer revealed a bunch of news skins and rewards to earn this season. The Agency has morphed into The Authority and the likes of Midas and Agent Meowscles are back for a second round. Last season had you earning the Deadpool skin and in Season 3, you'll be completing challenges to earn the Aquaman skin. 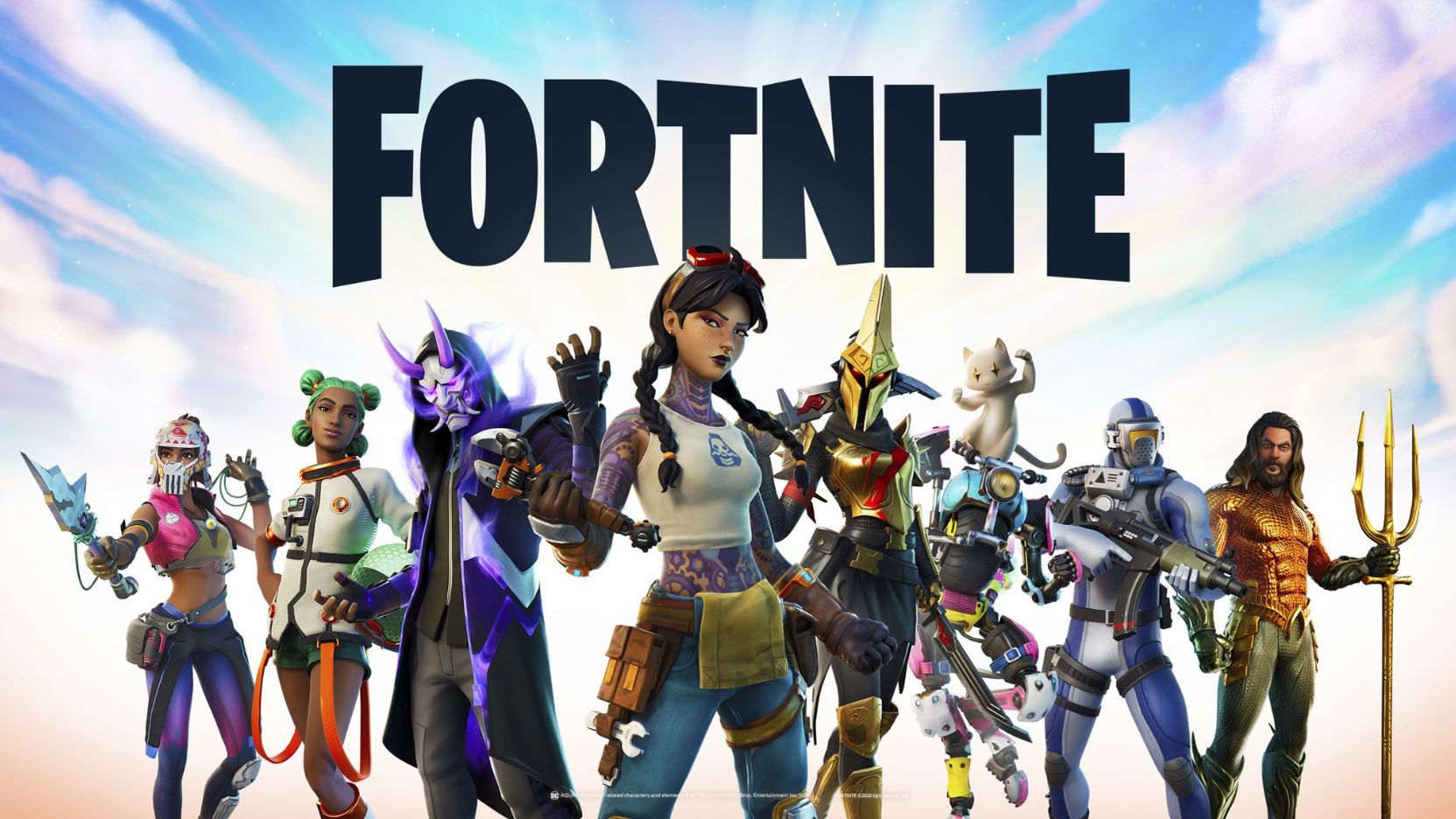 Again like always, the Battle Pass costs 950 V-Bucks, which is about £7.99. As you progress across the season you’ll get a team of agents to add to your Fortilla, 1500 V-Bucks and you’ll be able to collect a new reward each time you level up the Battle Pass. Instead of a skin though, this time you get to make your own umbrella glider from level 5 onward.

On top of that, there's a new hub to hang out in as the Challenge Table gets an update. The Upgrade Vault returns, as skins are more customisable this season, after a successful trial of editing one skin in Season 2.

All of the Battle Pass skins have variants which you can unlock by completing challenges in specific game weeks, as well as weekly challenges throughout the season.

But here are all of the skins you can collect through the battle pass:

As soon as you buy the Battle Pass, you get access to Ocean. She's part of the Ocean Rising set, and has tons of cool little details in her outfit. You collect more items to go with her in the rest of the tiers. 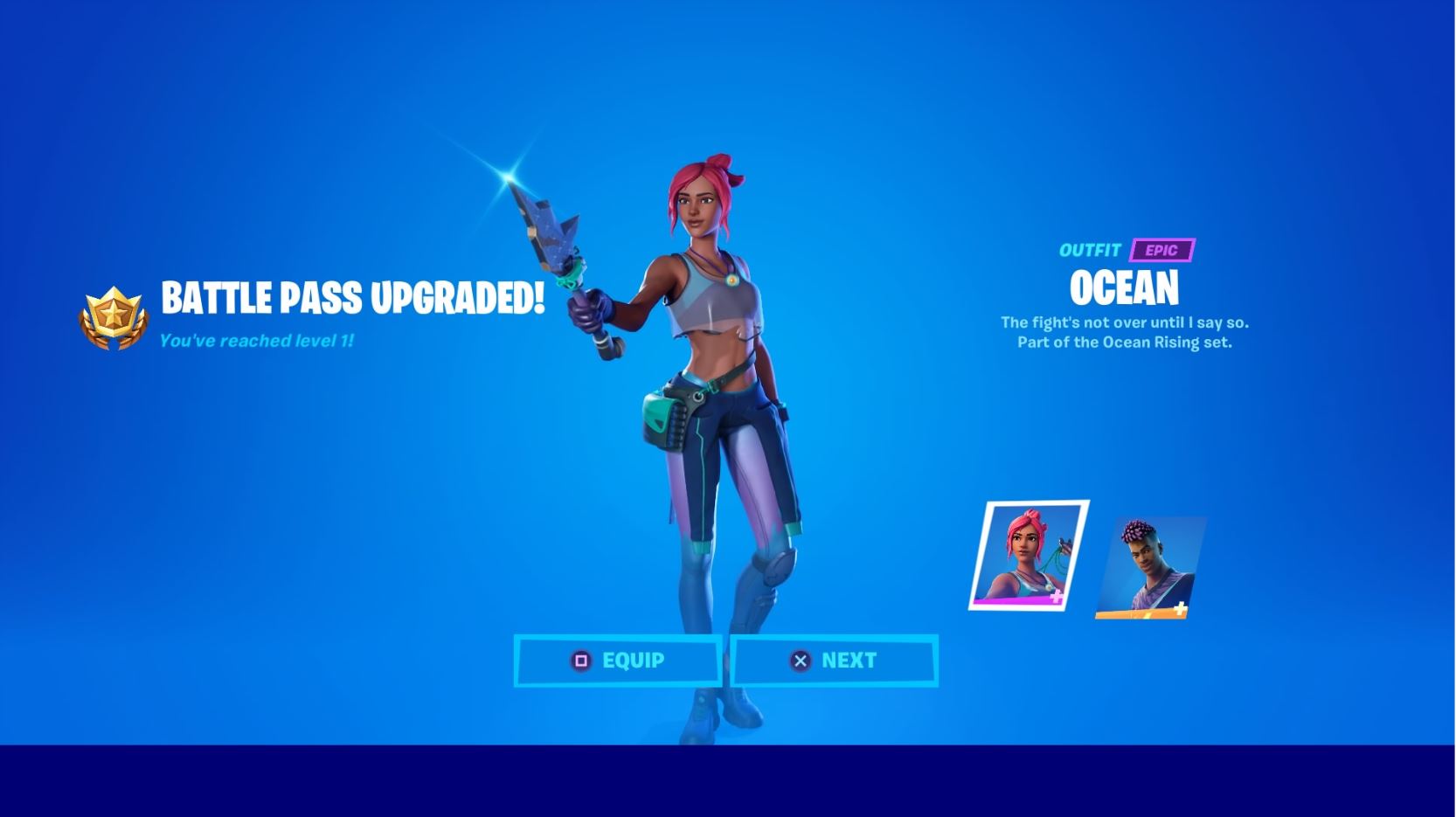 Fade is the Legendary tier equivalent to skins like Drift from previous seasons. He has two unlockable variants in the Battle Pass, which we've embedded below. 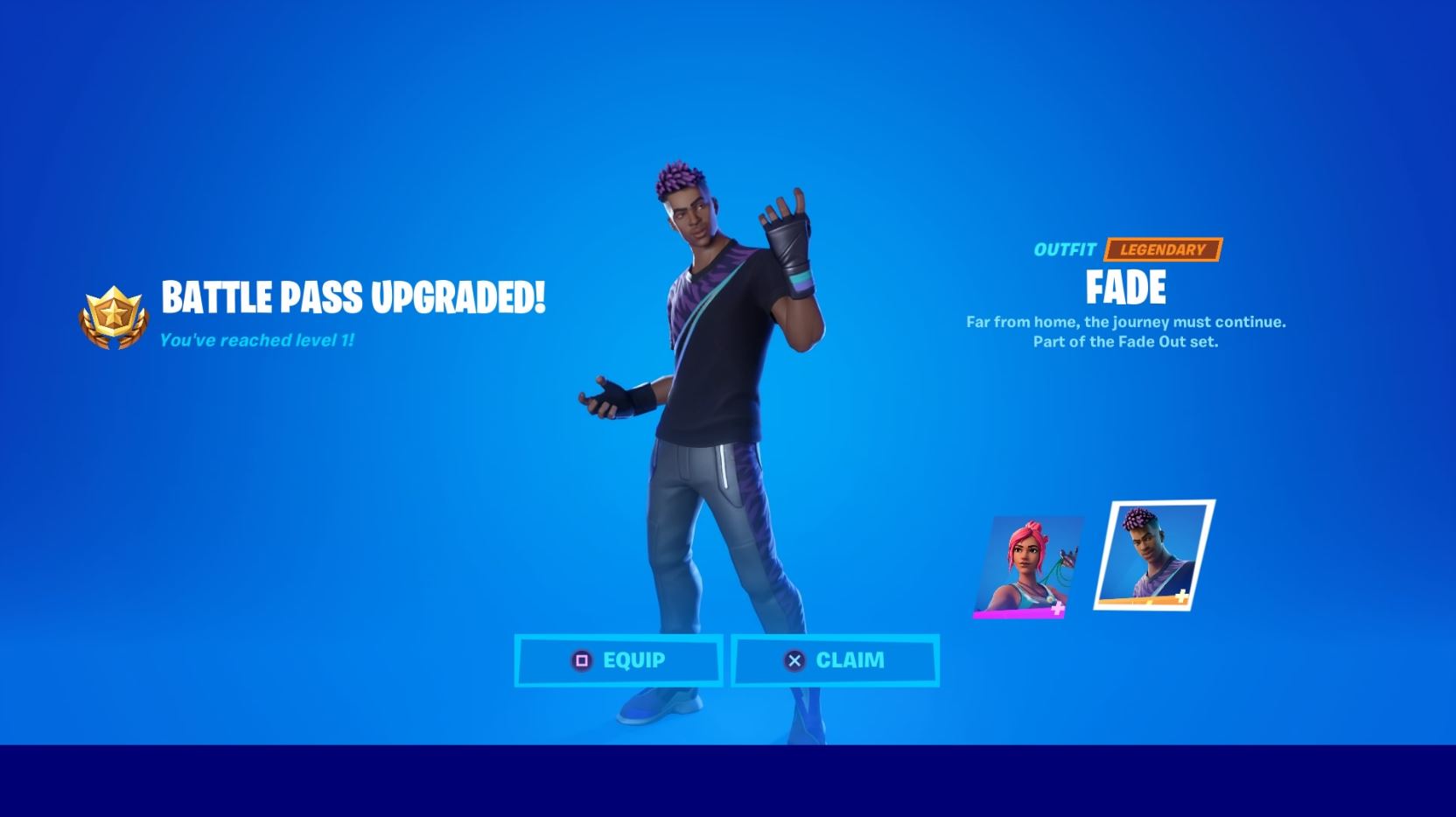 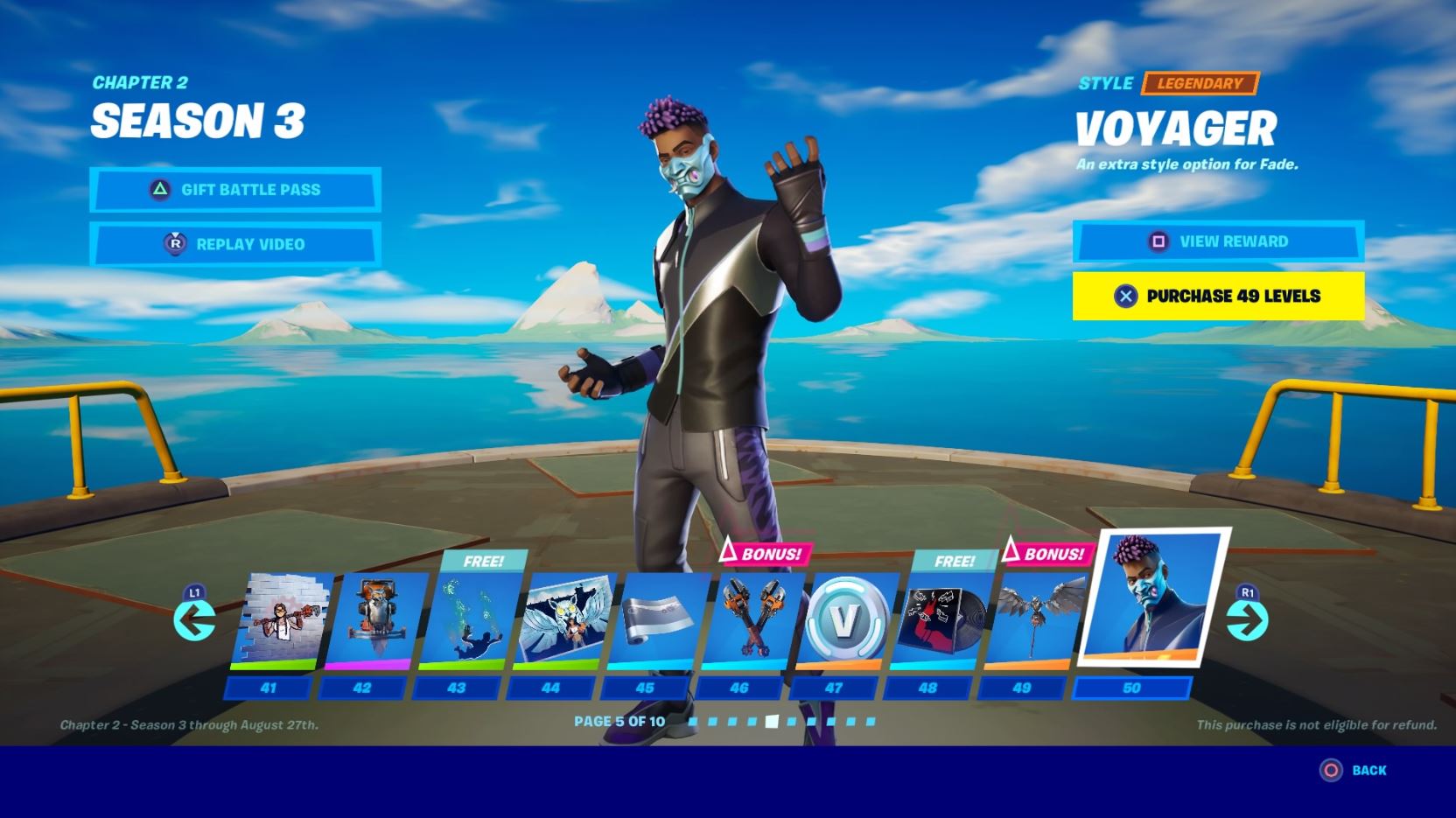 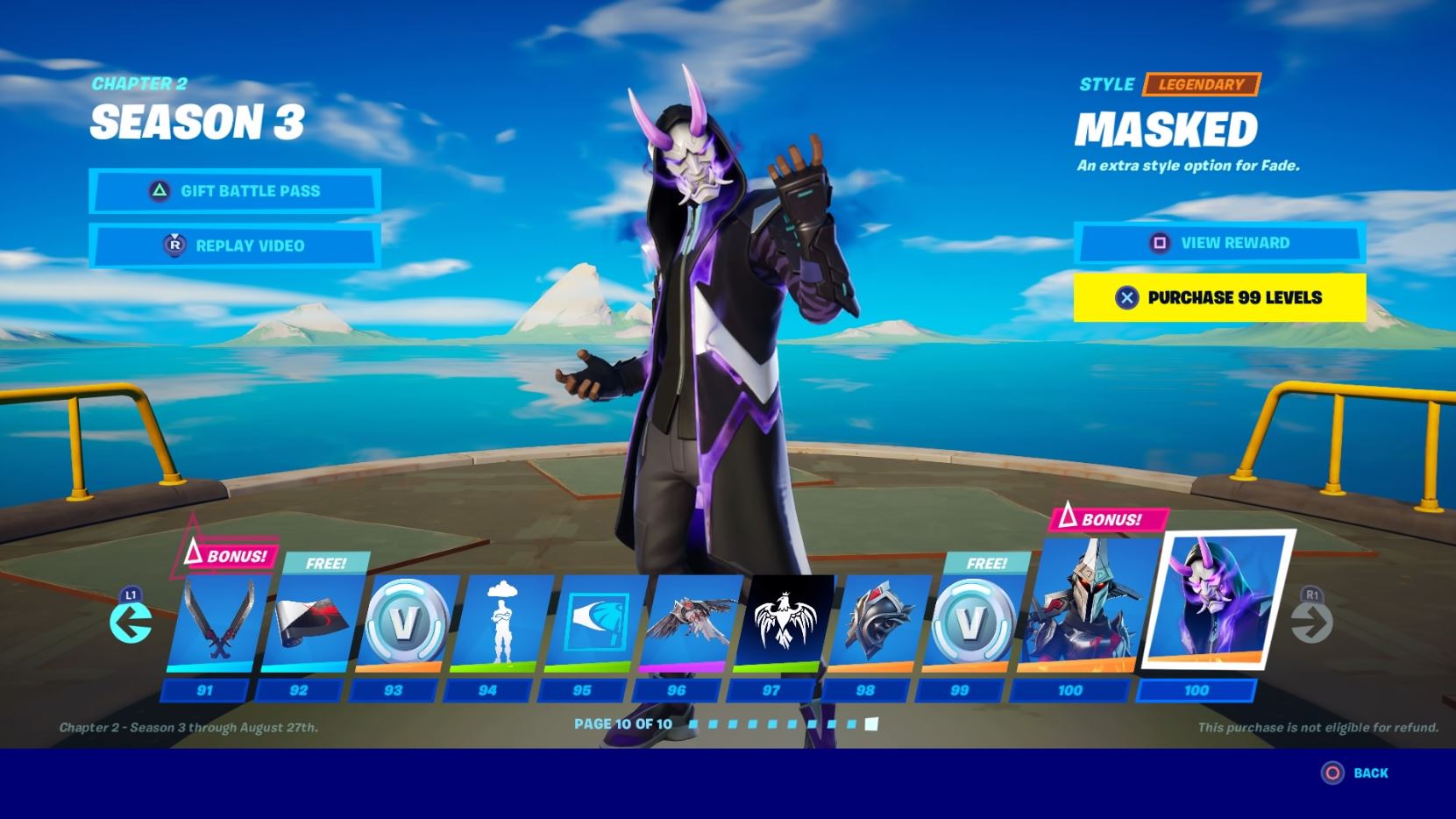 Fortnite's de-facto mascot will never go away, and we get an extra cool version of Jonesy to flex this season. He's trimmed his bunker beard, but is ready for action in his slick wetsuit. 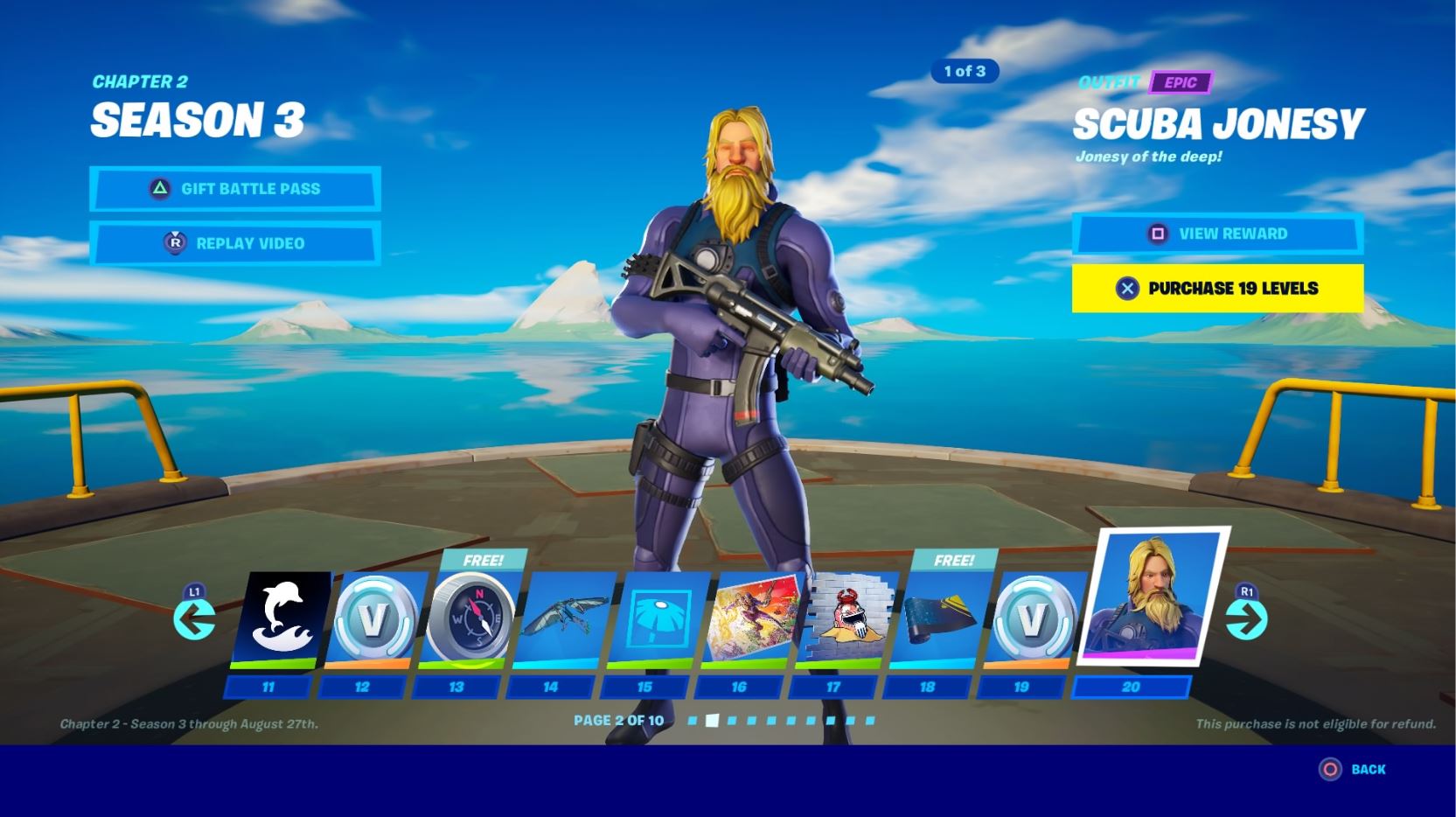 Jules is the mechanical engineer that we've seen in trailers with the robot owl, and features in the Fortnite icon when you load up the game this season. It looks like the owl unlocks as a back bling and glider shortly after her skin. 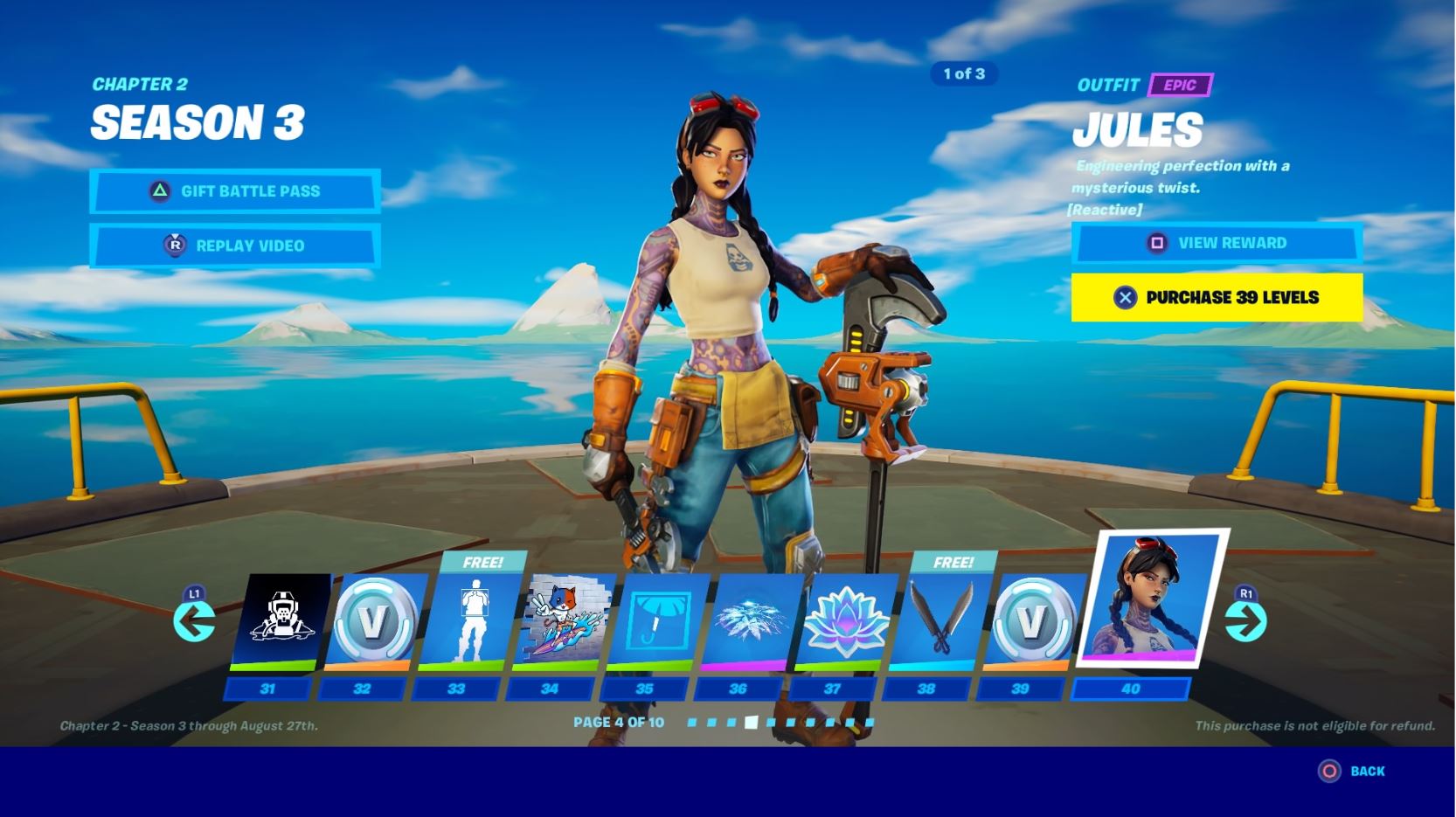 How could you not love a tiny kitten riding a motorcycle mech? Kit is Mr Meowscles child, which is also super cute. 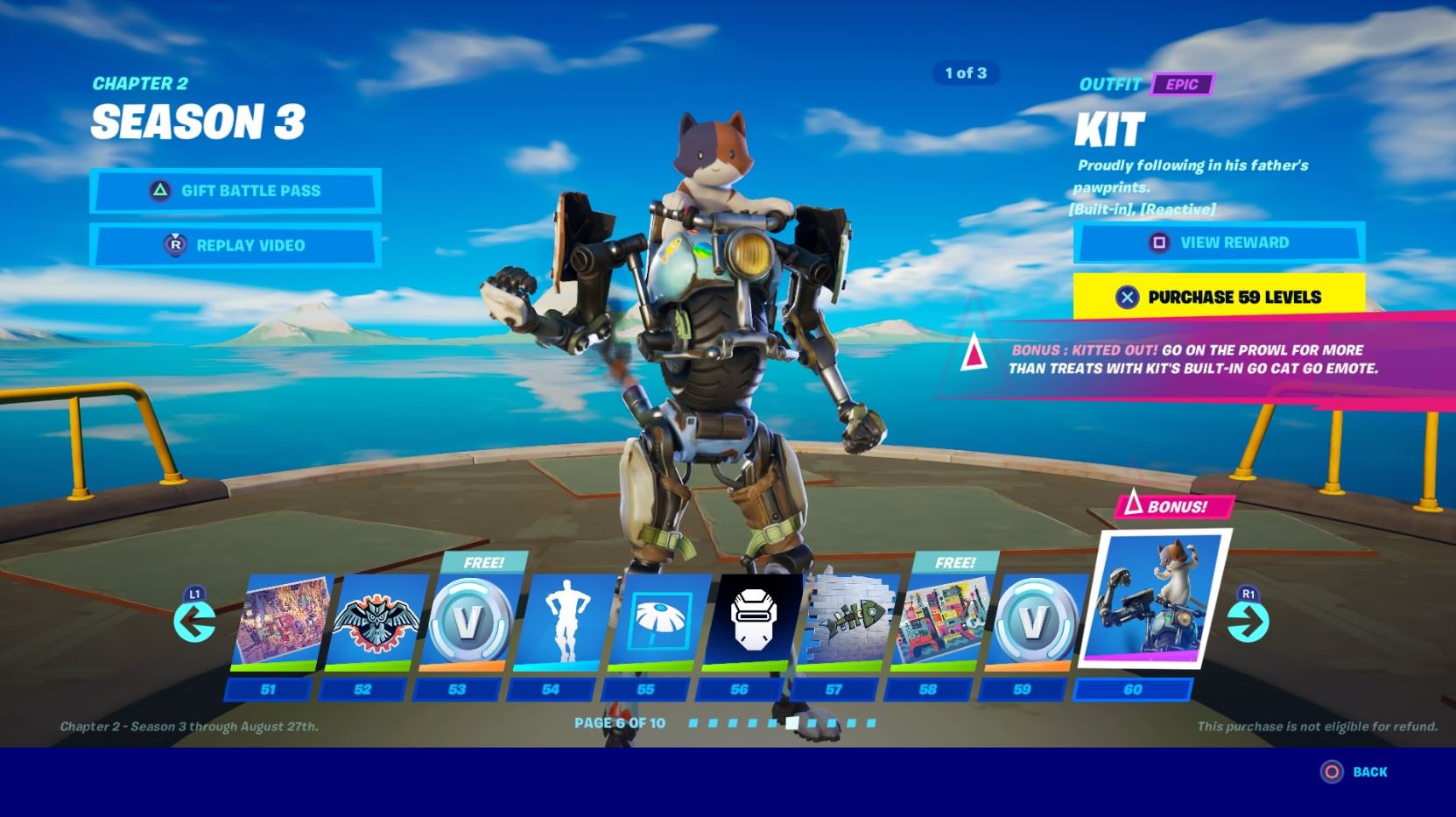 While Siona seems a little basic at first, there's a ton of lore behind her character - and the extra-planetary visitors story lines in general. Plus she has a lot of colour variations of her space suits.

Finally, Eternal Knight has a couple of really fun throwbacks to the Black Night and the Ultima Knight skins. She unlocks late on at level 100. 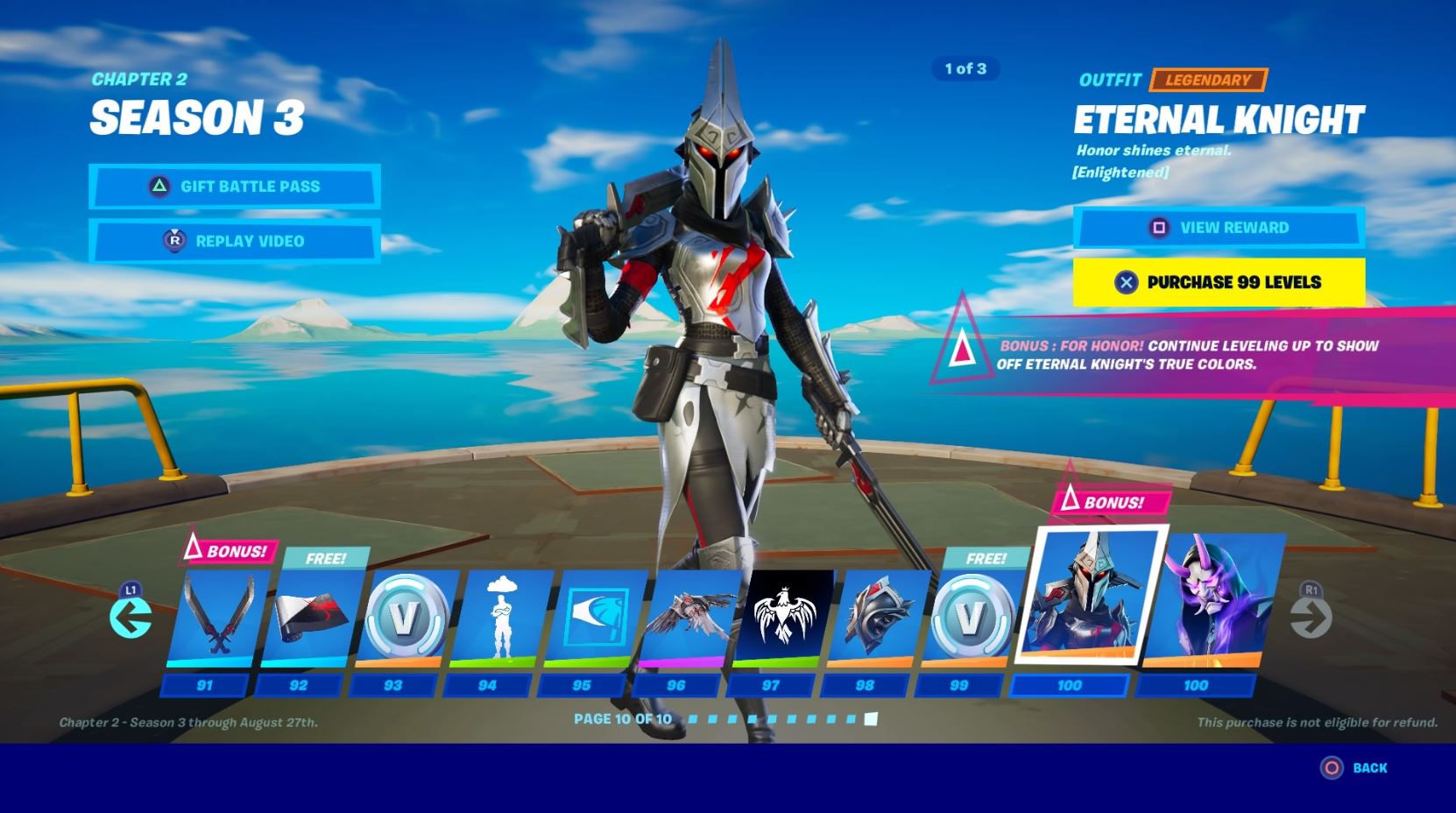 For more of these skins in action, check out the Season 3 trailer, here. Or if it's Aquaman you're after - here's how to complete his Aquaman challenges.