The price of Premium Vendor items is ridiculous. 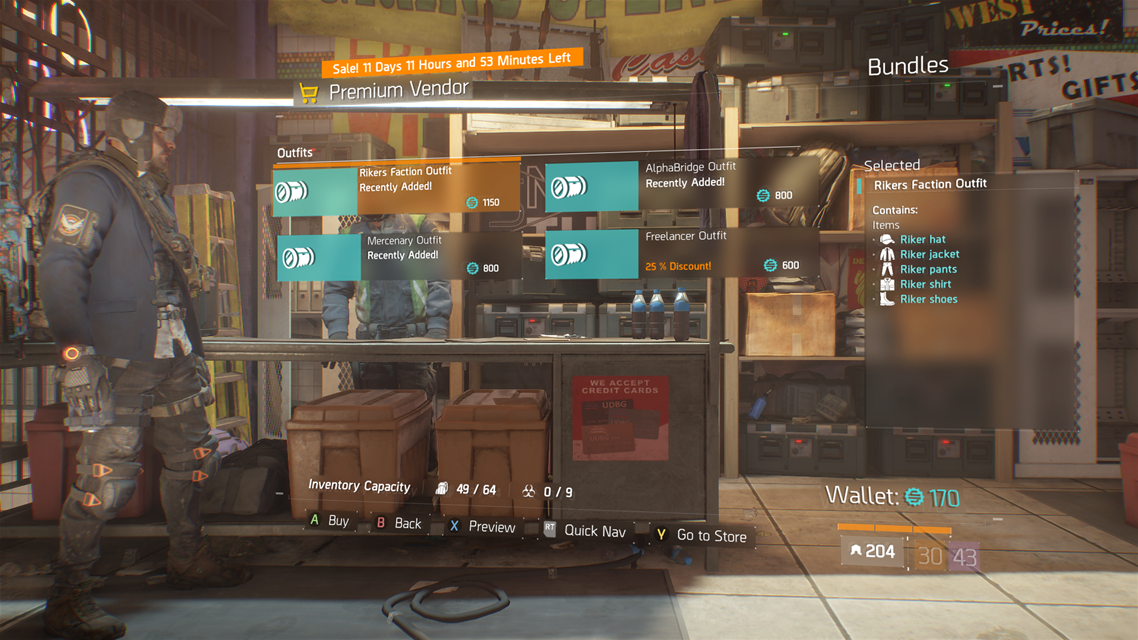 "The short answer is no, we don’t have microtransactions, period" - Magnus Jansen, creative director, The Division, Jan 2016

The Division now features a new vendor selling "premium" vanity items for as much as £8 and players are pissed.

The Premium Vendor set up base in The Division's Terminal this week with the release of update 1.6 and the Last Stand DLC, offering individual weapon skins, backpack skins, clothing and emotes, and bundles of all four.

These items, which are completely optional and make no changes to the balance of the game, can be bought with Premium Credits, a currency purchased with real money from the Uplay Shop, Steam Store, PlayStation Store and Xbox Games Store. 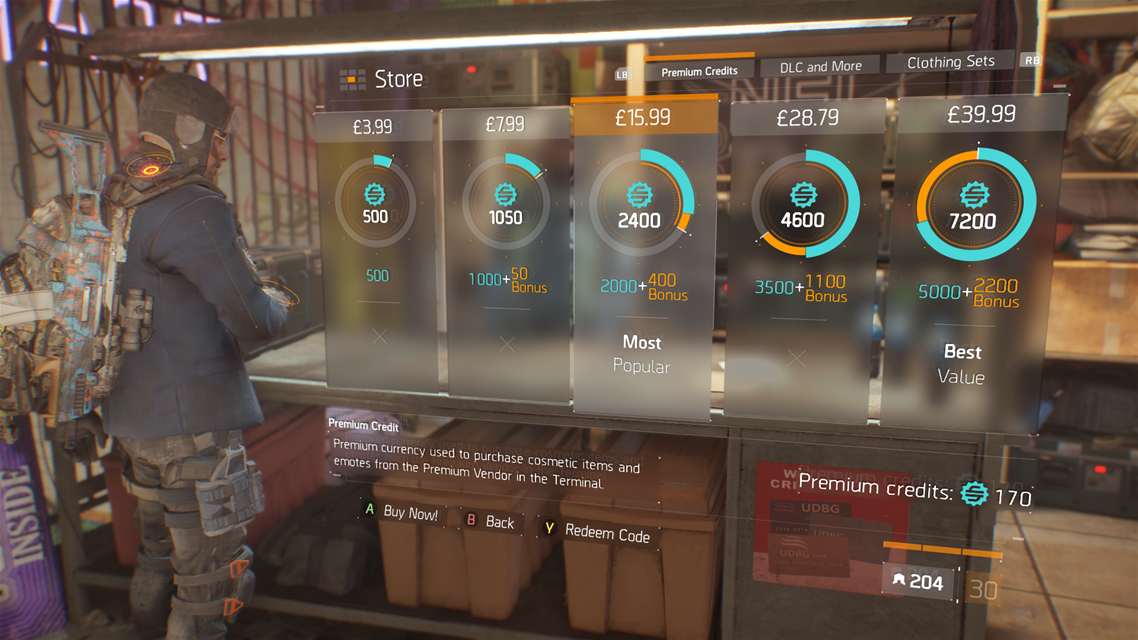 It's the cost of the items themselves that are raising eyebrows and temperatures among fans, as players feel that clothing and skins are way overpriced - especially when the game has been giving away free weapon skins and such like since it launched last March.

What's even more galling for long-term players of Ubisoft's loot-shooter is that even before release the development team at Massive promised the game would not include any microtransactions - not even for vanity items.

"The short answer is no, we don’t have microtransactions, period," The Division's creative director Magnus Jansen told VG247 last year.

"Microtransactions, as it’s defined, we do not have them. You cannot spend a little bit of money and fast-track to get better gear or pay to win or vanity items."

The Division certainly does have vanity items for sale. Those vain enough to want to dress in a full Rikers Outfit will have to fork out over £8. A single backwards baseball cap is just shy of £4.

There are special offers for some items, which makes it all the more easier to make use of the old digital retail trick of hoovering up the last few credits left over from buying a pre-defined chunk of in-game currency. Notice the disparity between the number of credits bought in bulk and the price of items; The Division isn't just about the high ticket items, it will happily take your little pennies too. 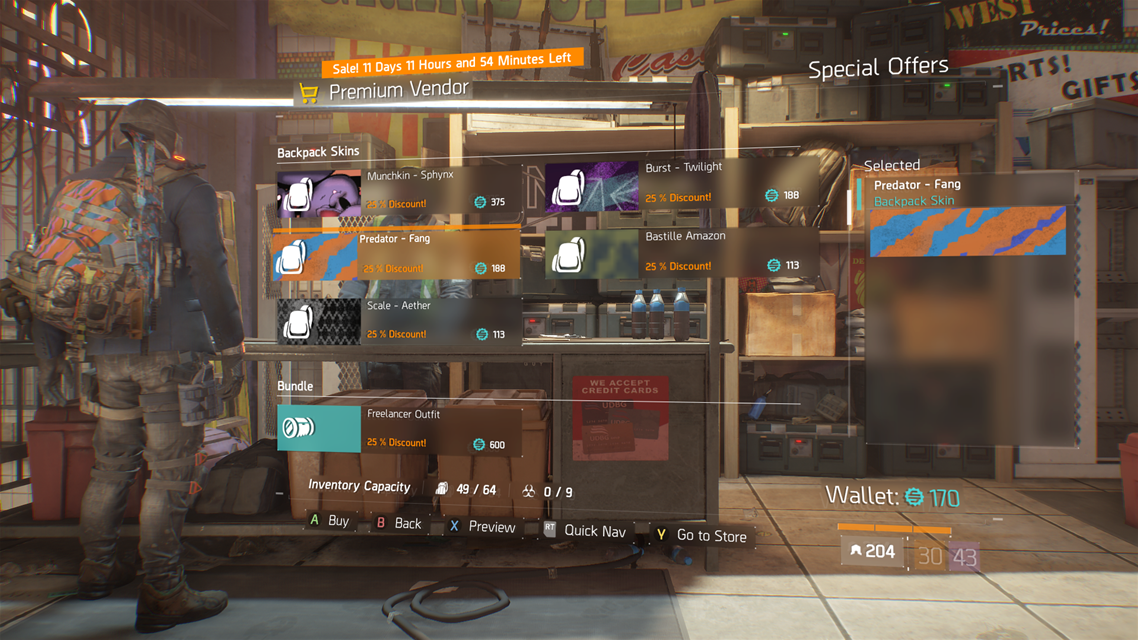 Microtransactions aren't new to The Division. It has slowly been releasing a handful of Clothing Sets since its first month live. But these were only available via the Shop menu and never included in the game. There were as discreet as could be even though bundles like the Parade Pack and Let It Snow Pack sell for as much as £5.99.

But now a year on from release, there's a dedicated section of the map for buying multiple vanity items and the prices aren't cheap. With all announced DLC now out and accounted for, it seems Ubisoft has trampled all over that promise of no microtransactions.

While charging for optional vanity items will cater to a need, it's the high price of skins that feels like a final screw you to the loyal players that have supported a game that, let's face it, has had a rocky life since day one and pretty much every month since then.