Why can't Square Enix get its HD re-releases right?

Last week, Final Fantasy fans of impeccable taste were ecstatic: at last Final Fantasy 9, the best one, was released for Switch and Xbox One. Then came an all-too-familiar realisation for fans of classic Square Enix titles: the caveats.

Those bloody caveats. Make no mistake, Final Fantasy 9 on Switch is still one of the most well-rounded, charming and brilliant RPGs of its kind ever released. But as what feels like is now the norm, Square Enix's modern re-release of the game features an array of niggling little problems that add up to ensure that what should be the definitive version of a classic is compromised.

We've seen this story before, of course, but with the Switch release of FF9 it feels particularly egregious. FF9 released on iOS in February 2016. It hit Steam the following April, then PS4 in September 2017. Each and every one of these versions of the game has suffered the same problems, and fans have been consistently vocal about them. We're now three years on from that mobile release and not only has Square Enix not seen fit to fix the problems on those platforms, it's actively releasing the same flawed version of the game on two new pieces of hardware. 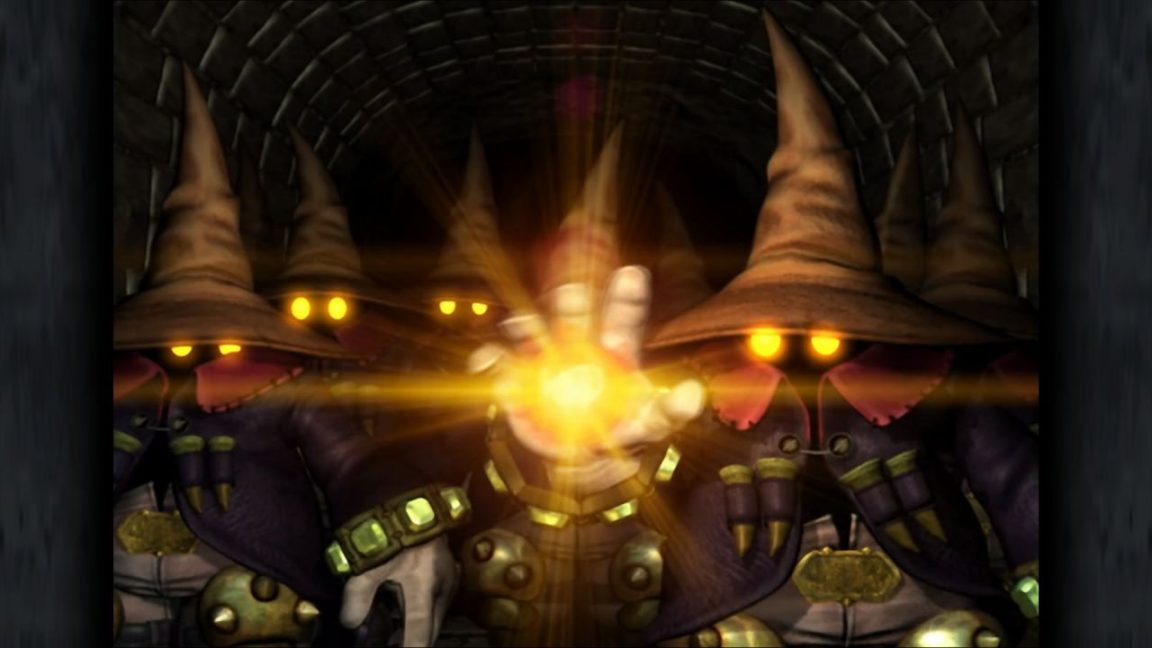 Some of the problems are things you can at least argue Square Enix has made an aesthetic choice around. The original release of FF9 had a rustic-looking font designed to match its setting, for instance. The re-release opts to go for a more sterile, basic typeface. The new font is worse, but you can argue that the developers behind the port somehow decided the replacement is superior. Fair enough. There's a lot of little changes like this, such as a Vaseline smear filter over the CG backgrounds that often actively makes them look worse, and mandatory textured grey sidebars around the game's 4:30 presentation. This stuff is bad, but it's a choice. Fine.

Other problems are just bugs, however. The most striking aside from the occasional crash is a problem with the presentation of the game's soundtrack, a key part of any Final Fantasy experience. In FF9's modern port the ability for the game to pick up a music track where it left off was somehow lost in the translation over from PS1.

This doesn't sound like a big deal on paper, except many music tracks in FF9 are several minutes long and play in areas where you'll stumble into a random encounter every ten to thirty seconds. FF9's overworld music is a beautiful, relaxed three minute melody, but in this version you'll be lucky to hear more than the first fifteen seconds over and over again, the track restarting after each random encounter. It's a mess, and though a soundtrack problem might seem minor, Final Fantasy is the series that sells out concerts at the Royal Albert Hall. More than perhaps any other, this is a series where music matters. 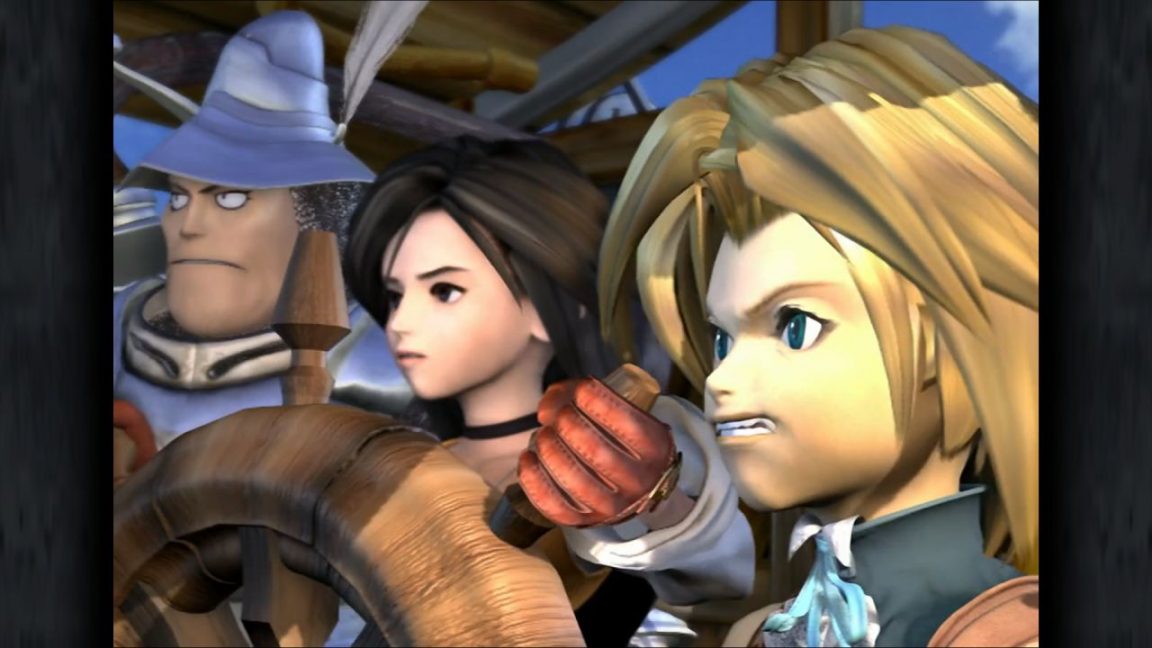 What's most strange about this bug sitting without a fix for three years is that Square Enix even managed to ship another classic FF with an identical bug. Final Fantasy 10 HD Remaster featured an identical issue but it was patched within a few months. In fixing FF10's iteration of the bug Square has essentially admitted it is not an acceptable error, but FF9 retains it nevertheless. The uneven treatment might be down to the fact that FF10 is a full, boxed release - but putting out a fresh version of FF9 on a new platform featuring the same bugs fans have been complaining about for three years feels rather a lot like Square is taking the piss.

In other areas the port just feels rushed. It was first ported to mobile, but this is as bare-bones as a mobile port comes. Menus on console warn you that you can't use emoji in character name fields, while the most-useful fast forward feature requires a menu to be opened first rather than a simple button press. The latter is a feature the modern FF7 port includes, so even between these same-generation re-releases there's a bizarre, unflattering lack of consistency among releases.

That lack of consistency is generally the theme. Final Fantasy 8 on Steam still features god-awful, disastrous MIDI music, while FF7 had its music pretty promptly patched. The PC release of FF7 is identical to the console versions on a surface level but is actually missing a slate of features added in those versions - despite it being the base for those later versions. Then there's Chrono Trigger, which launched on PC as a gross, careless cash grab using one of Square Enix's finest ever games - but in that instance resources were quickly allocated to whip it into shape, and it now sits as one of Square's finest port jobs. 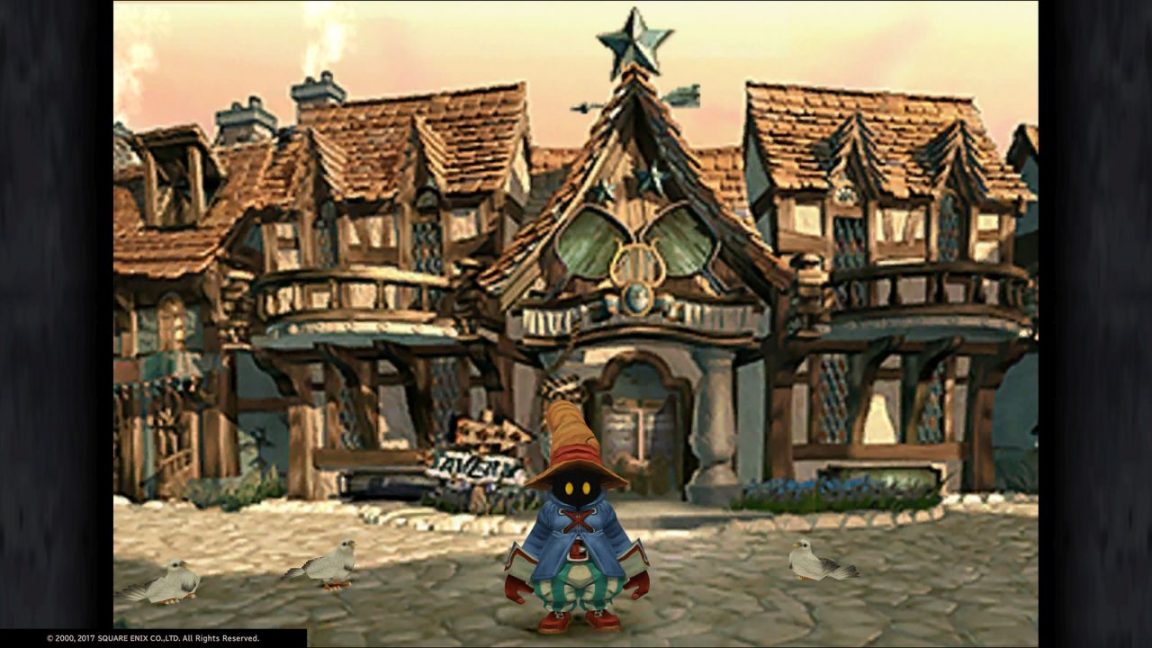 Why can't Square Enix get this right? Why in some instances does it clearly listen to fans, providing verbal feedback, promising and then delivering fixes, while in other cases voices go ignored for years? Why is the company's precious, genre-defining back catalog treated with such carelessness? If Square Enix wants to view its classics as seminal pieces of gaming history, as art, it should start with its treatment of them at home.

More than anything, how is it okay to get away with re-releasing flawed ports years after players pointed out all the problems - and charge over $20 for it while they're at it?

The answer, of course, is that it isn't. Final Fantasy 9 is one of my favorite games of all time, but this careless attitude doesn't deserve your money. My advice? Head to eBay and pick up a PS1 set instead. If digging out the actual hardware isn't appealing, the emulation options are extensive - and a damn sight better than this port.