Final Fantasy 7 is a massive, difficult game to remake - which is why Square Enix is spreading the original epic story out across multiple 'full size' releases.

The first part of Final Fantasy 7 Remake, out next month and previewed in excruciating detail on VG247 today, tells the classic game's story up until the point that the heroes leave the iconic city of Midgar. The city of Midgar has been greatly expanded in order to support the adventures of a full game - sections of the original FF7 that might've taken ten minutes in the original are now rich with detail and might take four or five times as long, such is the expansion. One part of the Midgar chapter won't be making this game, however: party member Red XIII. 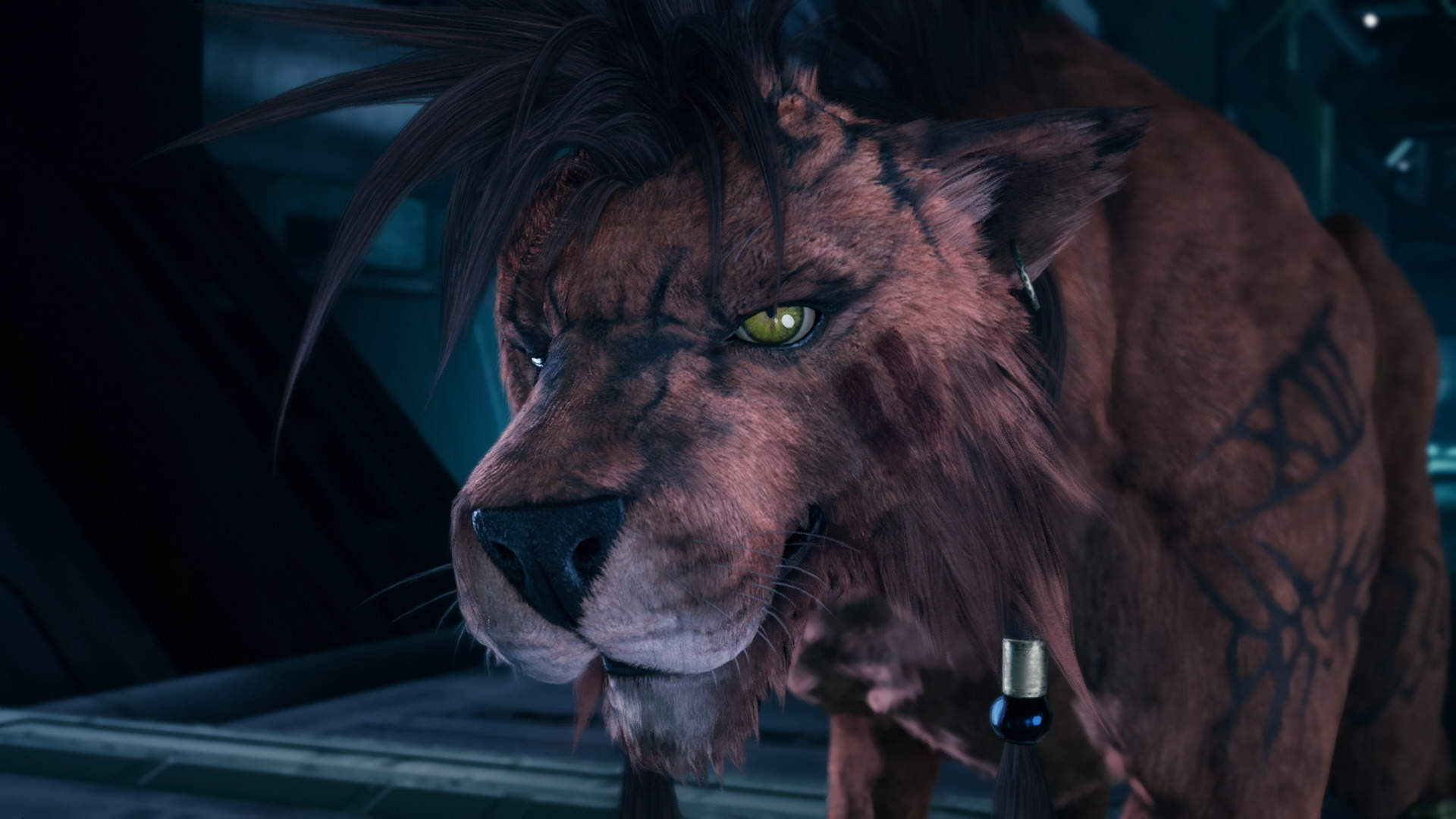 Red XIII will be in the game, of course, and was previously revealed in a trailer. But when Red XIII enters the story, it won't be as a playable member of Final Fantasy 7 Remake's cast - instead, he'll fight along you as an AI-controlled guest character.

"We felt the point at which Red XIII joins the party in the story is very late on so we thought okay, if we're gonna have him as a full character and try and get the player to enjoy his character development arc and growth as a character through that, it's not really enough time to do that," Final Fantasy 7 Remake co-director Naoki Hamaguchi told VG247 as part of a wider FF7 Remake interview.

"We thought that the best way to have him involved was as a guest character. Normally throughout the game you'll be playing as a three-man party, but you will have him as a guest character that fights alongside you during the the last part of the story," Hamaguchi elaborated. "He'll be using all of his old really nostalgic moves, and you'll see that. We felt that was the best way of showing him off as a character and who he is. That's why we felt that was the best way to include him."

That makes Final Fantasy 7 Remake's actual playable cast four: skilled swordsman Cloud Strife, aggressive gunner Barret Wallace, martial arts superstar Tifa Lockhart, and pure-hearted mage Aerith Gainsborough. We've now played as all four, and each has their own unique play style and moveset - though as Cloud is the main character, player control always switches back to Cloud as soon as combat is over.

While Red XIII being a guest character is a new change for Final Fantasy 7 Remake, guest characters are a staple Final Fantasy series tradition. Most recently Final Fantasy 15 featured a trio of rotating guest party members across its story in Cor, Iris, and Aranea. They all had unique techniques and special moves of their very own, so they were solid characters in their own right - but the player couldn't control them directly. Aranea was eventually made playable in DLC

After a delay that pushed it out of this month, the first part of Final Fantasy 7 Remake finally releases on April 10. Not long to go now!