Final Fantasy 7 Remake is a unique beast, a video game that requires considerations not common in other titles under development. Its unique status as a trailblazing, groundbreaking relic of the early 3D era means that any remake of it was going to be a daunting task.

Two of the people that task has fallen to is producer Yoshinori Kitase and co-director Naoki Hamaguchi. Kitase, of course, has form with Final Fantasy 7 - as well as serving as the producer of Final Fantasy 10 and 13, and the director of FFs 6 and 8, he directed and co-wrote the original FF7 and acted as producer on the entire series of 2000s spin-offs that made up the 'Compilation of Final Fantasy 7'. Hamaguchi is a series veteran, but is new to FF7, having previously worked on FF12 and 13. While Tetsuya Nomura is heading up the direction of the game, he has several co-directors working alongside him, with Hamaguchi handling combat and moment-to-moment gameplay while FF13's Motomu Toriyama co-directs the story.

After playing a new build of FF7 Remake for several hours we got a chance to sit down with the pair to talk about their approach to the sequel. We talked about the act of splitting the original game's content into multiple full-sized games for the remake, ensuring variety and flavor in a sprawling cyberpunk city that could easily all feel the same, and the process of developing a battle system that at once respects and modernizes FF7's classic combat. Here's our chat in full.

VG247: I want to start off by asking you about variety, I suppose, because in Final Fantasy people sort of often expect a grand journey that takes you to lots of different places. You think about the original FF7, you've got icy climates and grassy places and deserts, cities and towns... but this game is obviously just set in one massive city. So how do you work to satisfy the fan expectations of seeing a broad range of stuff within this setting?

Naoki Hamaguchi: I'm glad you picked up on that, because we really have put all our efforts in there. First of all, to give you the answer... you really, absolutely will not feel that this is one closed off location, or that it's all the same and boring. I can guarantee you that, because we really did pay so much attention to creating such different feeling locations, even within the city of Midgar. You've got all the different places in the city, you've got like, the plate city on the top, going down to the slums, the tunnels... for example, the circular tunnel, the central tunnel - it wasn't really shown that much in the original, the one that goes all around the central pillar...

We really did focus on giving each of those their own little community and their own culture. Again, maybe they're not 100% super different, completely different visually, but they do look so different. They've each got their own little personality and culture too, so you really will experience so many different locations, so much variation even within Midgar.

And like I say, each of those locations is really built based on the culture of the people there. You'll really get feel for who lives there from from the visuals too. 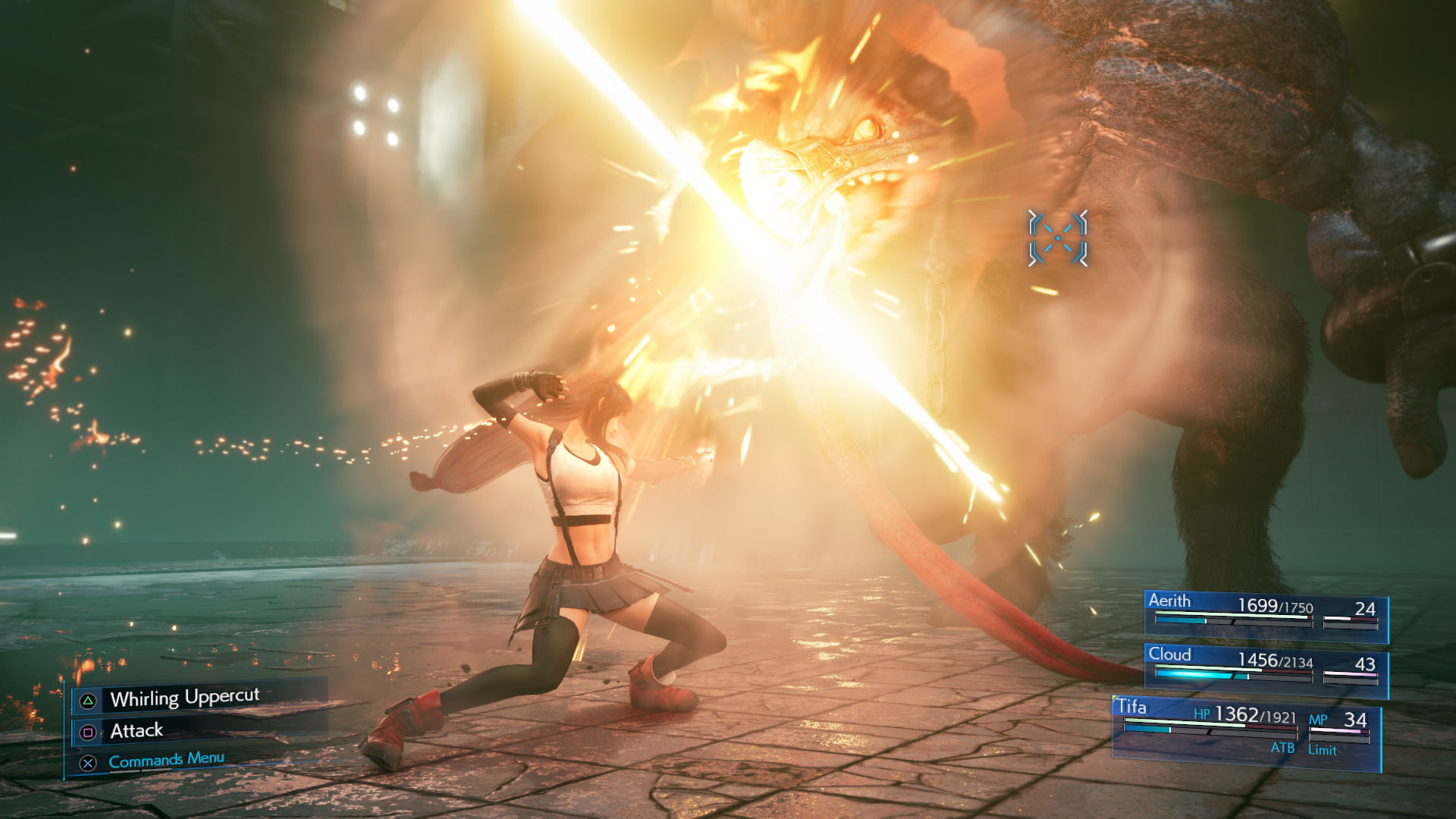 VG247: Can you talk a little about the process of deciding the game's contents? You've got stuff that people expect in a Final Fantasy game, right? So you might look at it and say... we can't ship this game without Ifrit, the summon monster. But in the original game, you don't get any summons until well after the section of the story this game covers. Ifrit, you get him on the Cargo Ship, right? Anyway, the point is... how do you decide what to bring forward into this game and what to leave behind for the future, to make it easier on you for the future games?

Naoki Hamaguchi: Well first of all, that's very good knowledge about the original game. [laughs] But no, I can't tell you obviously about, like, "we've decided to leave this out for the future" and what we've included in this game and what we've not done - that's obviously something I can't touch upon. But... the way that we looked at it, the top priority of deciding what content to go in was that this had to be a complete standalone game, a real satisfying gaming experience. After you've completed the game, you have to think that yeah, this was a brilliant game in its own right. That was the filter through which we assessed what content is in the game.

So really, the way that we looked at it was that this has to be a satisfying game experience in its own right. If you think about that... okay, summons are from after Midgar so we can't include them, but can we really not have a single summon in this game? Fans want to see the summons in this game! They really had to go in, even if it's something that appeared after Midgar in the original story, we felt that if it was something needed to make this game really great in its own right, it has to go in. That was the thinking we had there, and that includes stuff like Shiva and Ifrit that you mentioned.

VG247: So I'm pretty sure that after Sephiroth appears and you're walking around the streets of Midgar, that's a music track from Advent Children. [We later verified this; the music track is a new arrangement of 'The Promised Land' from 2005 FF7 sequel movie Advent Children.] I was surprised to hear that. I realize [Tetsuya] Nomura-san said before that the remake is in a different continuity to the FF7 projects from the past, but I'm curious about how much of the compilation ideas you wanted to bring into the game. Hearing music from the compilation that never appeared in the original FF7 was a pleasant surprise.

Yoshinori Kitase: I can't give you full details exactly how many times, where they're referenced, or anything like that, but what I want to let you know is that all of the lore from the works created after the original game, the Compilation of Final Fantasy 7, that's all very much in the base of the canon for the remake, and going forward it will be too. 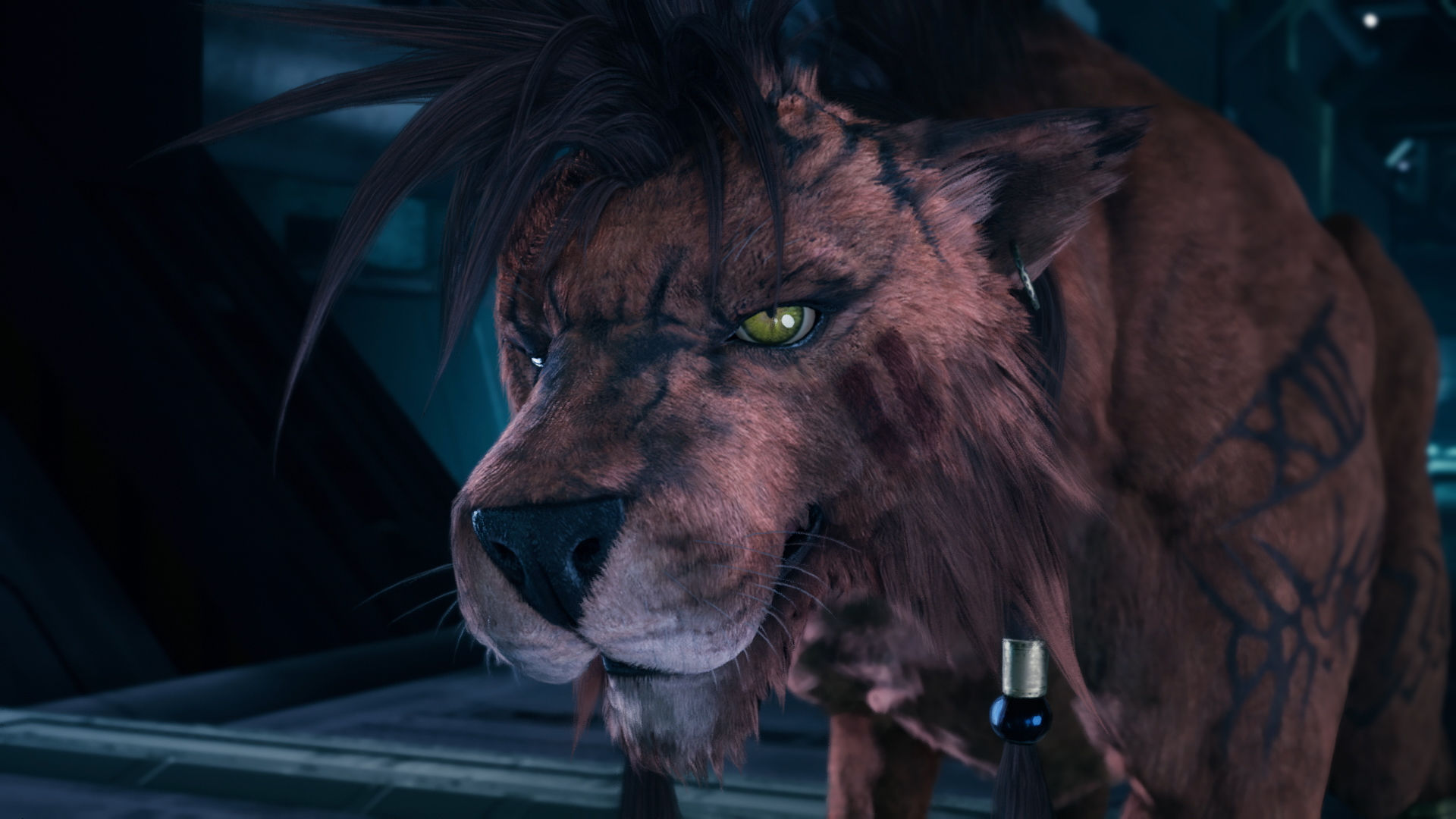 VG247: Playing as much of the game as I did today, it feels like there's a real continuing line from the FF13 trilogy to this game - which, of course, you both worked on the FF13 trilogy. The obvious example is in the return of the Stagger mechanic, but in other ways too. Do you feel like there were lessons learned that have fed into this project?

Naoki Hamaguchi: I mean, I did develop the FF13 battle system, so... again, there may be an influence from that just from me working on it, but I don't really deliberately think of it as a successor. I didn't have the FF13 system in mind when I was developing, so I certainly didn't base it on that system at all.

The ideology of creating the battle system for FF7 Remake really started out with the... 'how do we represent and how do we reimagine the core ATB battle system from the original game for the modern audience?' The result of that is it became a slightly more action-oriented system, but really I don't want people to forget, at its core, [it] is still an ATB system. It involves charging up the ATB gauge and using that to use your abilities in your your items and things like that. Really, the action is is placed on top of that.

If you play skillfully using the action mechanics, it makes charging up that ATB gauge a lot more efficient, and then you can also use it to open up the enemy for big damage by staggering them and things like that. But at its core it's still very much the ATB system, so that's the relationship between the action mechanics and what we tried to achieve by keeping the core of FF7 in there.

I'm very confident in this new battle system that I've come up with here. I think the fact that classic mode is possible at all really shows how each part of the action elements and the ATB elements performed their own unique functions within that overall battle system.

By switching on classic mode, you can automate all of those action functions and then just concentrate on playing it [in] the exact same manner as the original by selecting your commands, so I think that really does show how nicely all the parts of the battle system fit together.

VG247: You've obviously talked a great deal about the existing four party members, but I'd love to know if you can tell people what we can expect from Red XIII. Obviously in the context of when he enters the story in this game, he comes in very late. So is he gonna be the same level of fleshed out as the other cast members or is he perhaps gonna be a guest? Can you talk about that at all?

Naoki Hamaguchi: You've picked up some really good points here! [laughs] You're exactly right. We felt the point at which Red XIII joins the party in the story is very late on so we thought okay, if we're gonna have him as a full character and try and get the player to enjoy his character development arc and growth as a character through that, it's not really enough time to do that.

So we thought that the best way to have him involved was as a guest character. Normally throughout the game you'll be playing as a three-man party, but you will have him as a guest character that fights alongside you during the the last part of the story there. He'll be using all of his old really nostalgic moves, and you'll see that. We felt that was the best way of showing him off as a character and who he is. That's why we felt that was the best way to include him.