No Man's Sky isn't what some fans expected - and this isn't just about imaginary sniper rifles, either. 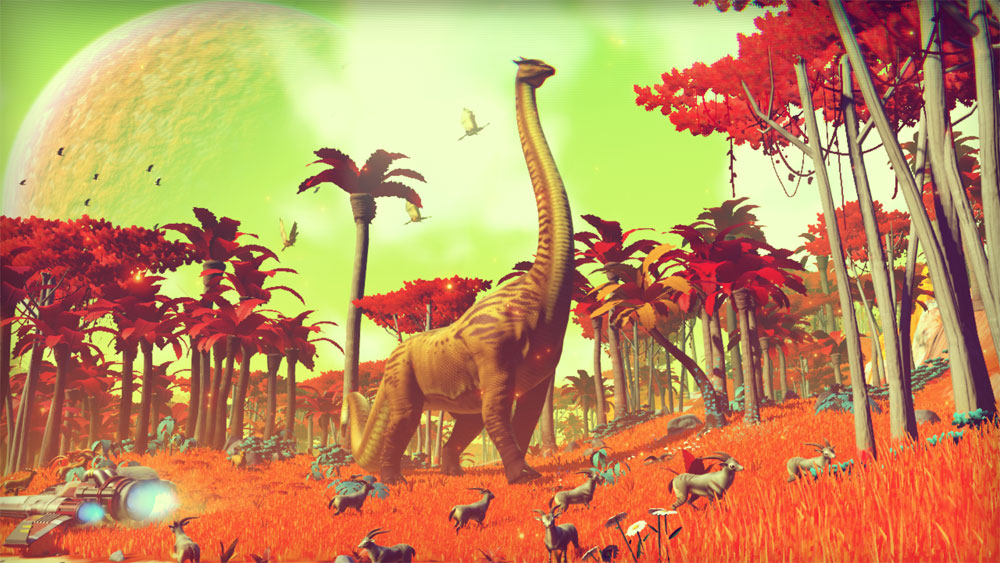 No Man's Sky was announced with a single trailer and virtually no information, but that didn't stop the hype train from accelerating to maximum almost immediately. Now that the space adventure is in their eager little paws, some players have found that it isn't what they expected.

Some of this disappointment is the fault of the consumer; there's been a lot of wild talk and anticipation for No Man's Sky features neither Hello Games nor Sony ever discussed or mentioned, apparently based on speculation. If you fired up No Man's Sky this week and were surprised that it wasn't Destiny, your expectations probably can't be blamed entirely on marketing and PR.

That said, some players have argued that No Man's Sky doesn't live up to official promises made either explicitly in interviews or implicitly in marketing materials. Rather than just complaining, Redditor Cymen90 has gone out of their way to compile a list of features and content they believe were promised but not delivered - with links to interviews and marketing materials to back up their claims, and contributions from many other players with both corrections and corroborations.

Whether you love No Man's Sky or hate it, the list of "missing" features is pretty interesting reading. Here are the highlights:

You should definitely read through the full thread for context and explanations, and it's worth remembering that development plans change throughout production, so that Hello Games and Sony may have been entirely earnest in their No Man's Sky claims when they were made. It's also possible that many of these features are still out there somewhere among No Man's Sky's 15 quintillion planets, waiting to be found.

Given how much the tiny team of 15 at Hello Games added to No Man's Sky with the day-one patch and that it is continuing to develop the sandbox, it's possible we'll see some of these expected inclusions turn up over the next few months - as well as features we haven't even thought of.