Electronic Arts has announced its returning to Steam, which means you'll be able to pick up Star Wars: Jedi Fallen Order on the service.

After teasing its return over the weekend, EA announced today it's coming back to Steam.

The partnership with Steam kicks off on November 15 with Star Wars: Jedi Fallen Order, which is available now for pre-order.

The firm also announced EA Access will be making its way to Steam next spring. Players on both Origin and Steam will have the ability to play together. Pricing for EA Access on Steam will run you the same as on consoles and Origin PC for $4.99 per month or $29.99 per year. You will need to have Origin installed, like Uplay, in order to play EA games on Steam.

EA pulled its PC games off of Steam in 2011 when it launched its Origin service. While Origin has performed well with millions of players using it, the company sees its return as an opportunity to provide a service which doesn't fragment the player base.

"Since the time we removed our games from Steam, there's been this dramatic increase in the number of gaming services, which you would think would be really good for players. But I think in many cases, it's the exact opposite," said EA senior VP Mike Blank to GI.biz.

"It creates more difficulty for players, and providing player choice -- from my perspective and speaking on behalf of EA -- is really critical. It's an opportunity to make it possible for people to play where they want, to reduce that fragmentation and make it more frictionless... Reducing that fragmentation is really important. It's the most player-first thing we can do." 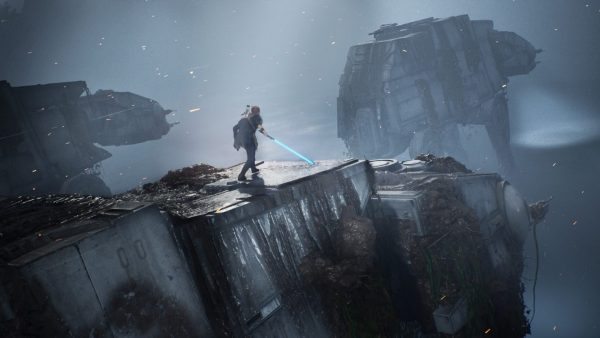 "Our approach is changing, and our approach is to become more open. We've been inching toward that over the past couple years and months. Some folks don't recognize it, but we have more than 85 content partners, publishing partners, game developer partners on Origin today that are delivering their games through Access. Our subscription service is on more platforms than any other publisher. This is part of what is a clear strategy and opportunity to help more players play games."

In order to play EA games on Steam, the titles will need to be available on the service in order for EA Access users on Steam players to play. To get the ball rolling though, in the coming months, Steam users will be able to play titles like The Sims 4 and Unravel Two. Multiplayer games like Apex Legends , FIFA 20, and Battlefield 5 will become available next year.