At certain points in the story of DMC 5, you will have the choice of playing as either Dante, Nero, or V.

While some levels will force this choice on you, there is some flexibility at certain points with who you want to play as. Since each character has their own quirks and different layers of complexity, no doubt you’ll want to play through the game multiple times.

“Ideally, we’ve set up the mission structure in a way where people can have the character that they’re playing as – whether they’ve selected it or it’s been chosen for them for that mission – and we’ll have balanced it well with all the moves they can purchase at that point in time, how they’ve played, how many red orbs they’ve got.” 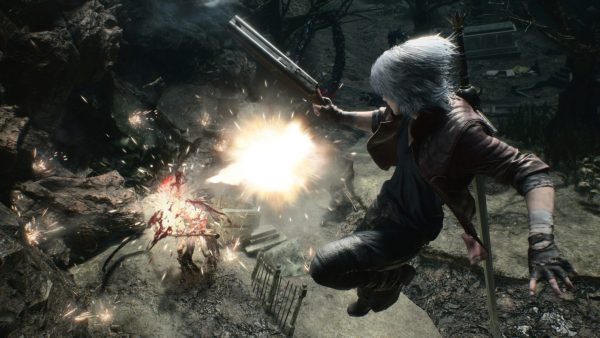 While Capcom is hoping all three characters are nicely balanced and one doesn’t stand out as the go-to choice, newcomers will find it easier to get to grips with Nero’s more simple moveset, while DMC veterans will be able to pull off showboating combos with Dante.

“In terms of learning the characters and the way the characters play, Nero is going to be a little bit more… he doesn’t have as many options as Dante,” Itsuno explained. “Dante is supposed to be this character where you have all these different options available to you at any given point in time, and so for veterans – yeah, they’re really going to be able to make Dante sing with that.

“With Nero, he’s got three options. He’s got the Red Queen (his sword), the Blue Rose (his gun) and he’s got a Devil Breaker at any given point in time. As such, the approach of ‘okay, how am I gonna play stylishly’ is a little different to with Dante. With Nero it’s about how you make the best use of those three options.” 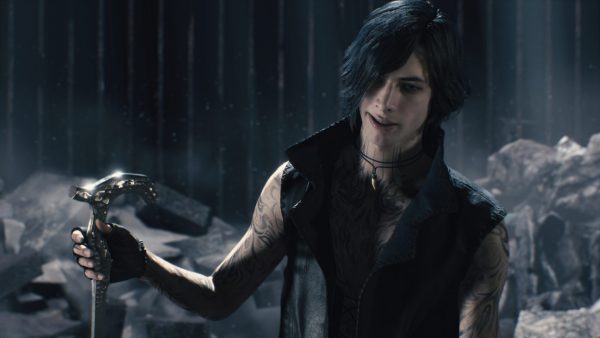 As for the third character, newcomer V, Itsuno says he has his own unique style as well. Because it’s a fresh concept, we’ll all be figuring him out together.

“He’s a character where because nobody has played with him or in this style before, everybody is going to start from zero with him,” Itsuno said. “Everybody’s going to have the same experience with him going in, at least initially. But that doesn’t necessarily mean that the game is going to be any easier or any more difficult with any of the characters, mind.