Crash Bandicoot N. Sane Trilogy is coming to PlayStation first, but it might not be exclusive. 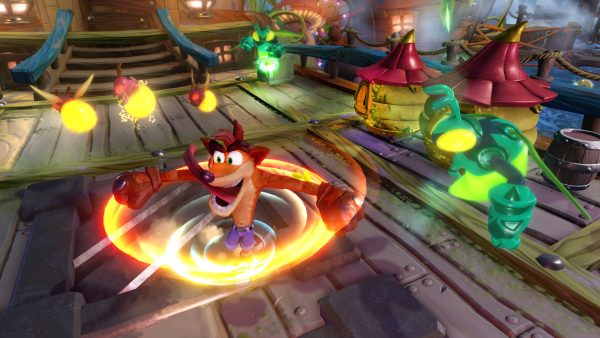 Ever since Crash Bandicoot N. Sane Trilogy was announced at PSX back in December, everyone just assumed the remaster would be PlayStation exclusive.

After all, the Crash games were always PlayStation titles, and Crash Bandicoot itself doubled as a mascot for Sony in the days when mascots mattered. It now seems, however, the collection may make it to other platforms eventually.

This is all inline with what's been announced so far, until recently, when the same Twitter account clarified the earlier comment in a new tweet, saying that the N. Sane Trilogy will come to "PS4 and PS4 Pro first." This is definitely the first time we're hearing of this, but it makes sense.

Activision owns the Crash IP, and the publisher could have simply signed a timed-exclusive deal with Sony. At this point, it's very likely the trilogy will come to other platforms later, after the end of that exclusivity period - though no other platforms have been announced at present.

Crash Bandicoot N. Sane Trilogy is out June 30 on PS4.