How do you describe your favourite games to your friends who haven’t seen them?

“The new God of War? It’s like Thor from the Avengers has roid rage - it’s mint.” “You’ve never heard of Sleeping Dogs? It’s like John Woo made The Raid 2 - dead underrated.”

But with Control - the latest from Remedy Entertainment, the serial mind-melters behind Alan Wake and Quantum Break - you’re going to have a lot more explaining on your hands.

Visually, it has the sharp orange and blue colour contrasts and bold typography of classic ‘80s (and earlier) sci-fi, the twisted, unknowable geometry of cosmic horror, and the stark brutalism found at the headquarters of many a fictional shadowy government organisation. 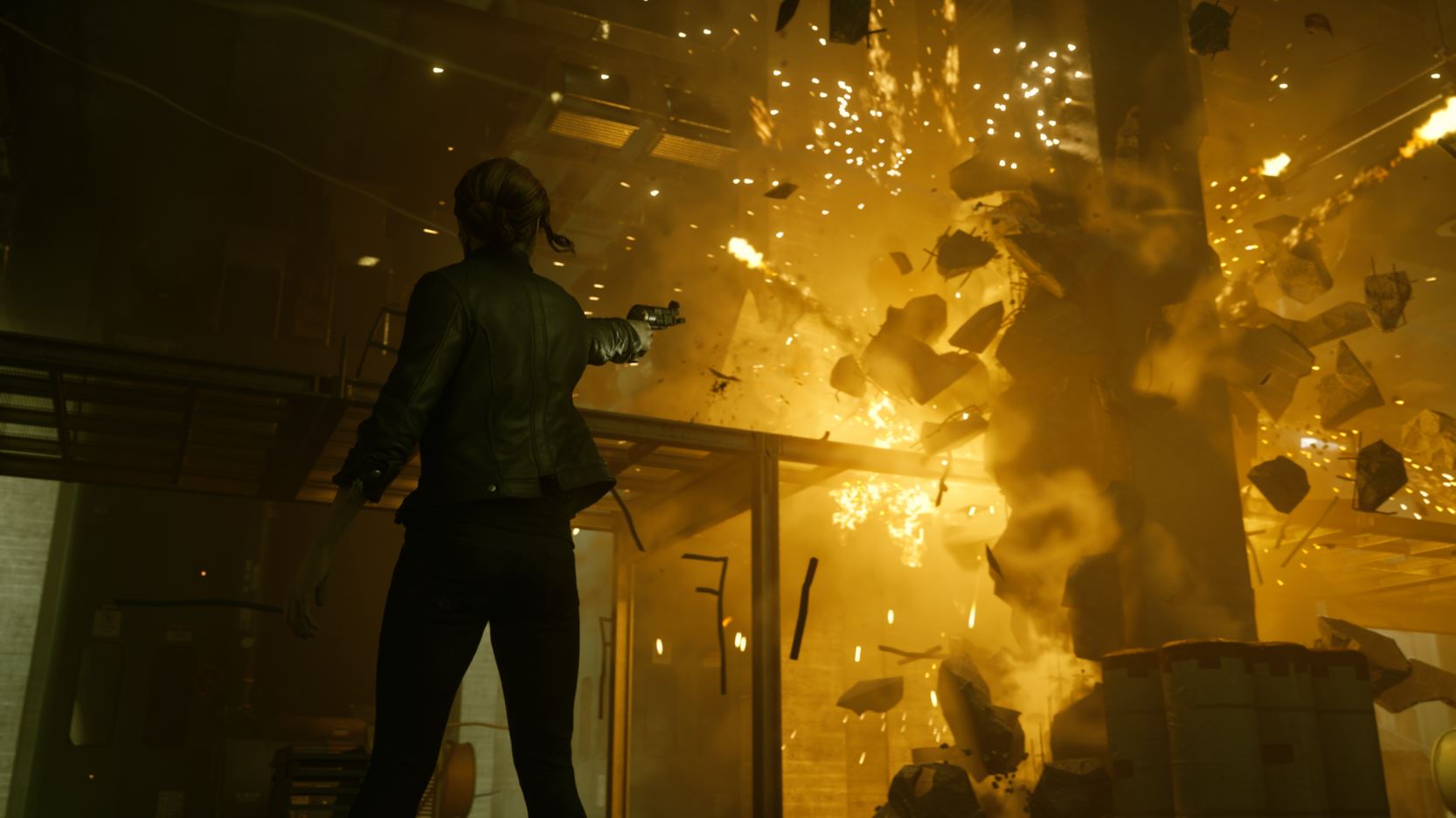 That’s not to say Control looks derivative. It’s natural to try and blunt the edges of something new and cram it into familiar boxes, but Remedy has subtly blended these obvious inspirations to create its own striking and memorable mix. The game’s arresting visual style demands attention, from the slap-in-the-face white location typography when you enter an area, to the gloomy lighting that hints at endless voids just out of reach. It’s breathtaking and engrossing in equal measure.

Set in The Oldest House, home to the Federal Bureau of Control (FBC) who keep paranormal goings on, incomprehensible phenomena, and all-around weird shit underwraps, you play as Jesse Faden, a woman searching for answers to the supernatural events of her past. When she finally gets inside, however, her long-awaited meeting with director Trench doesn’t go quite as planned, as the building is overrun by the corrupting influence of the metaphysical Hiss, and the old Bureau chief is killed.

Chosen as the new director by the strange and adaptable Service Weapon, Jesse sets out not only to solve the mystery that brought her to the FBC, but fulfil her newfound responsibility and restore order to the Oldest House with the aid of powerful telekinetic abilities.

I played through Directorial Override, the third mission in Control, so instead of the specced out psy-soldier we’ve seen in previous demos, we took over a newly empowered Jesse just starting to the to grips with the mysterious Service Weapon. Rather than pick up a burgeoning arsenal of guns as you progress, the Service Weapon transforms itself into different modes, letting you swap between a standard pistol, a shotgun, and more as combat dictates.

Moment-to-moment, Control plays a lot like Remedy’s last game, the Microsoft-exclusive Quantum Break, but with a much more open, sandbox-style feel. The action still plays out in third person, where you use your Service Weapon and powers to take out Hiss-corrupted enemies, but more of the setpieces play out in the environment instead of through cutscenes.

The Oldest House is an interconnected rat-run of offices, corridors, laboratories, and maintenance facilities, so it’s more akin to the classic metroidvania style than the linear levels in Remedy’s previous work, with inaccessible side paths filled with loot, intrigue, and the odd extra quest, that you have to revisit when you’ve unlocked the appropriate power. 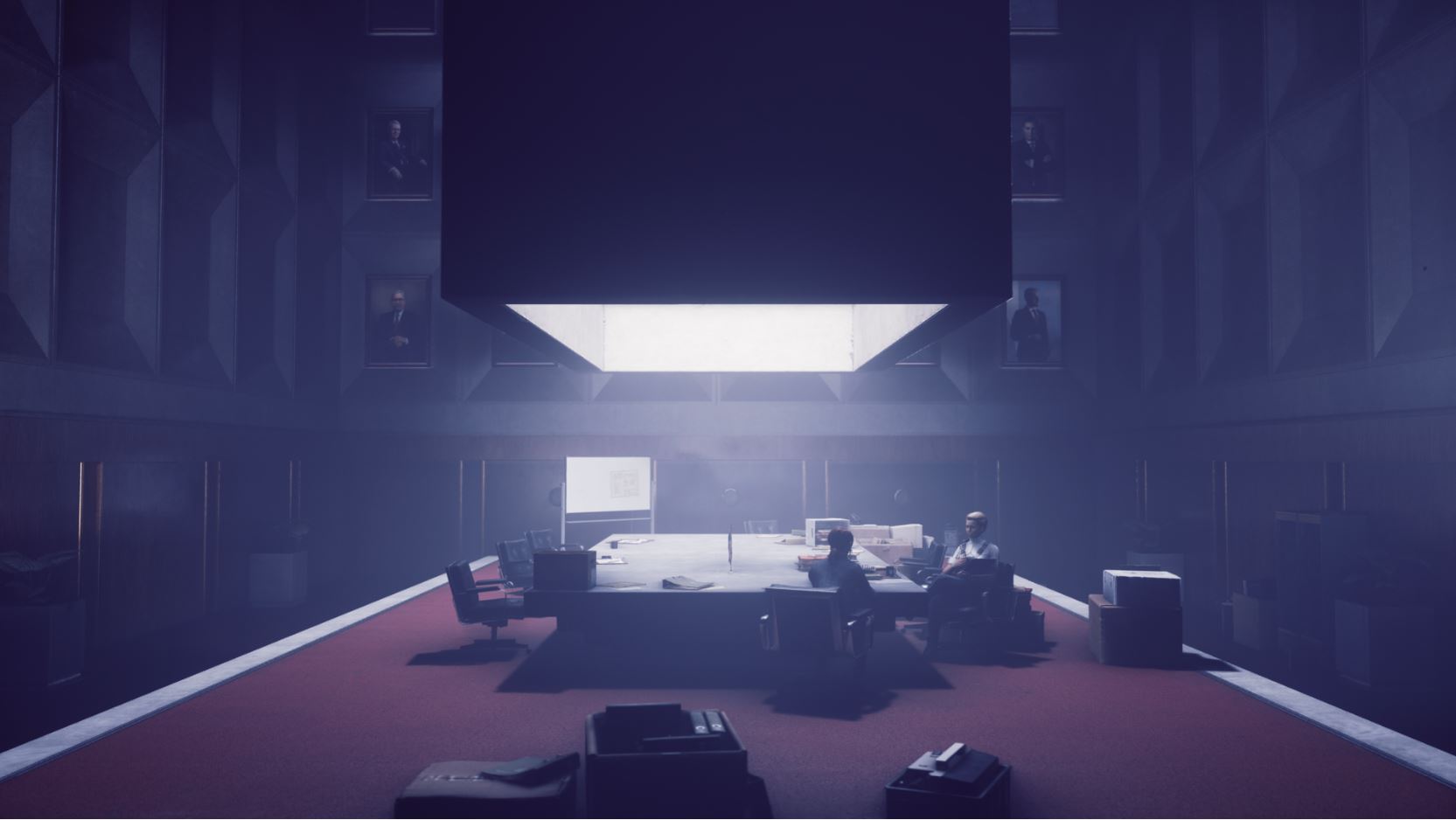 A downside to this increased freedom though is that it can be difficult to navigate. The subtle nudges towards your objective are well designed, but the lack of clear direction sometimes tips over into confusion when you’re not sure whether you can’t get somewhere because you don’t have the right power or because you’re just being stupid. This is something that Remedy said it had already worked hard to fix in subsequent builds.

To move quickly around the House, you need to cleanse Control Points of the Hiss’ influence, which then act as fast travel locations and character upgrade centres. And while the story might be more about the chin-stroking themes of paranormal activity, quantum mechanics, and slow-boiling mystery, the action is hard-nosed, fast, and tough. Although Remedy did say that the game balance was another thing that was still under development, taking a Control Point wasn’t easy in the build I played.

In games where you have large suites of guns and abilities I usually forget to make proper use of them and just shoot everything - but that simply isn’t an option in Control. Instead of a conventional ammo count, your Service Weapon automatically regenerates bullets, leaving you defenceless for a short time as it spins back up. Conserving ammo by manipulating your position, throwing debris with your Launch ability, or blasting enemies with melee is a vital part of your offensive strategy, otherwise you just get mercilessly ganked.

Jesse doesn’t regenerate health automatically either, so you have to collect Source from fallen enemies to heal. This really pushes a tactically aggressive playstyle, and forces you to alter your plan of attack when previous damage from environmental hazards puts you at a strong disadvantage.

It’s not all screeching monsters though. Scattered throughout the building are still-human agents of the Bureau, happy to help you as the new director. Some are key to advancing the story, while others offer side quests and fun distractions.

During these conversations, the camera comes in closer and you can get a decent look at Control’s impressive performance capture tech. While some of the asides in the script felt stilted, the facial animations are really cool, and add a lot to the interactions.

In the hands-on I was set on the right path to restoring power and lifting the Oldest House’s lockdown by the likable Security Chief Arish, but the real star was the wonderfully weird Nordic janitor, Ahti. Slipping between accented English and Finnish - although we don’t know much about him yet - he perfectly embodies the “strange dude that knows more than he’s letting on” horror trope that so often pops up in stuff like Stephen King novels. 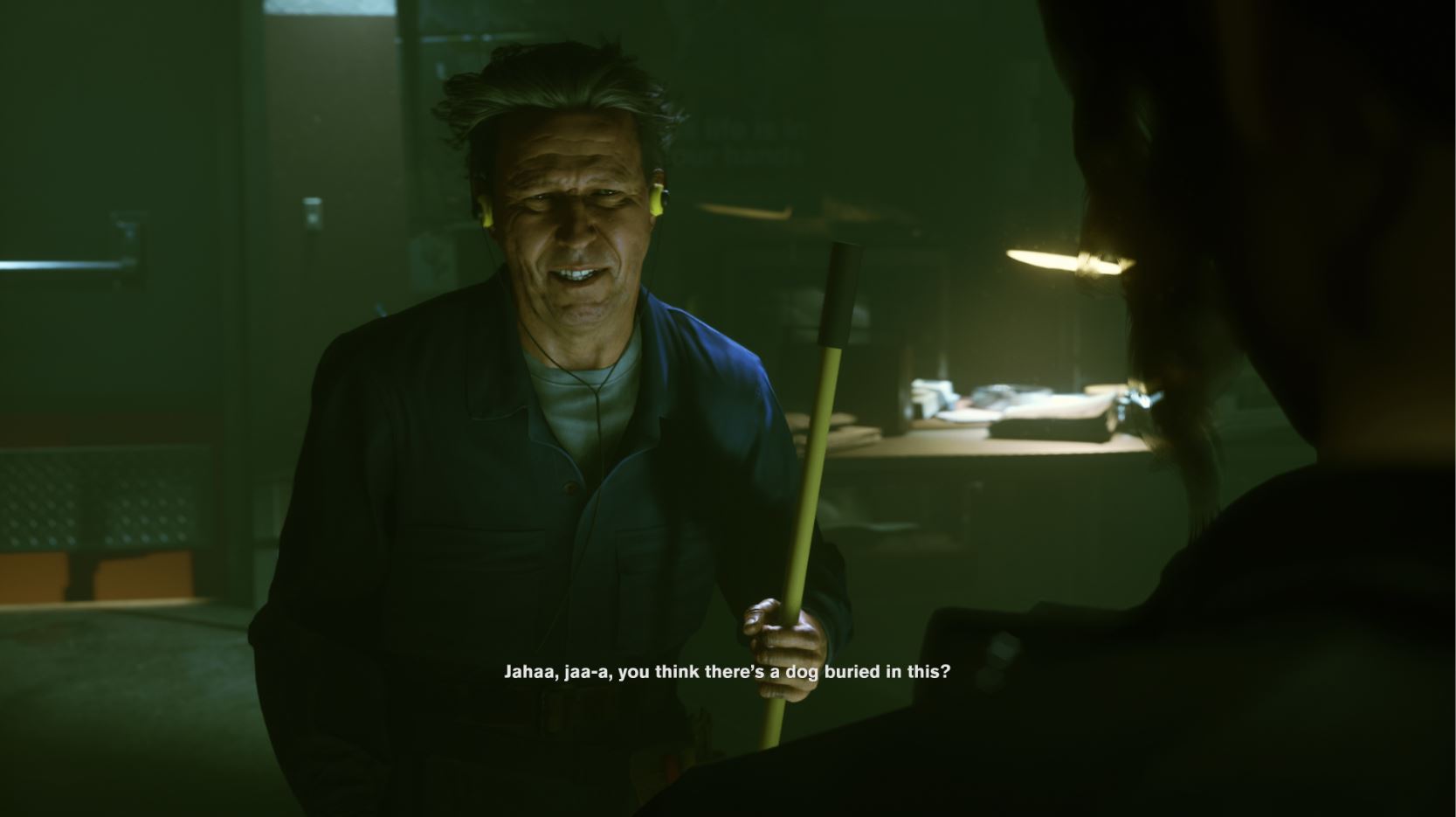 Your conversations with other agents and staff provide a nice counterpoint to the more nebulous activities of the Hiss, and it’ll be interesting to see just how hazy the finer details of Control’s supernatural phenomena are left.

At the end of the mission, Jesse expands the more grounded side of the story, revealing that she’s come to the FBC to try and find her brother, who was abducted by the Bureau after an unexplained incident at their family home. After running away and leaving her brother to be taken, the motivation of a guilty conscience adds yet another potential twist to the unwinding mystery, and it would make sense for that search to be the driving thread of the story.

If that can come together with the more fantastical elements of the narrative in a satisfying way, and the wonkier elements of the game balance and signposting are indeed ironed out, Control has the potential to be one of Remedy’s best games.