Call of Duty: Ghosts' first DLC pack will feature new multiplayer maps, and if this recent slip-up is to be believed, Modern Warfare 3 map Dome will return.

The leak comes from the PC edition of Ghosts, as spotted by Denkirson. It saw unreleased map names appearing in the multiplayer's Moshpit playlist.

According to this screen grab, the map names appeared in a sub-playlist called 'IW6 Daily Test', and are Boneyard, Dome, LUA_MENU_GAZA, Red River and Swamp. One of these is rumoured to be a new Extinction mode map.

Here's a grab of the map names from the lobby: 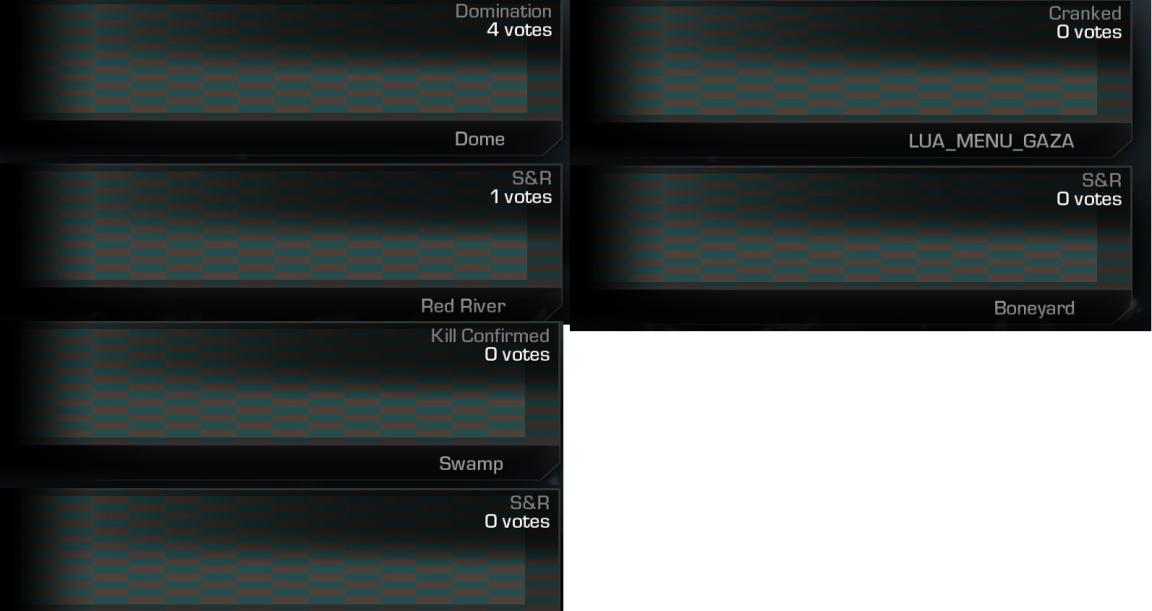 MP1st adds that the playlist was nuked shortly after its discovery.

What do you make of the above? Would you happily see Dome return? Let us know below.

Meanwhile, why not check out our Call of Duty: Ghosts multiplayer opinion through the link.