Call of Duty: Ghosts is out now and VG247's Dave Cook has been playing the online component until his fingers bleed. Well not really, but enough that he was able to write an opinion blog about it. 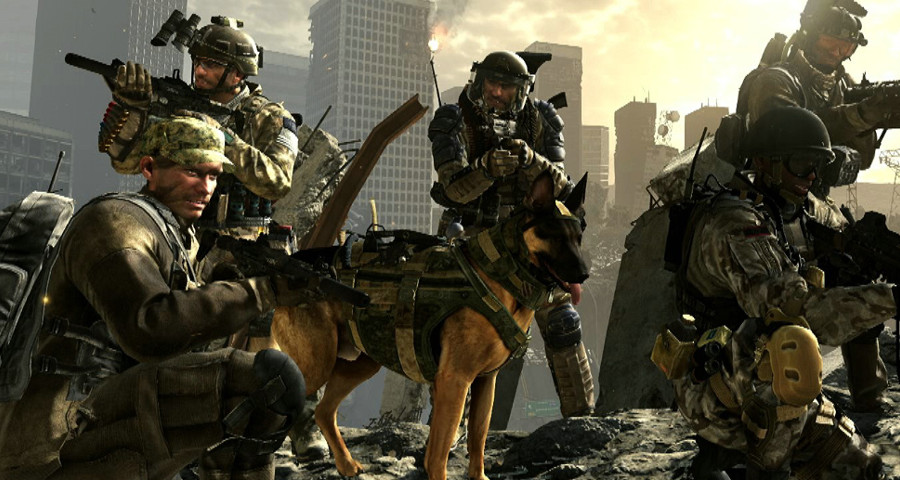 Our Call of Duty: Ghosts review round-up shows a lower reception than usual.

Watch me play a round of Team Deathmatch on new Call of Duty: Ghosts map 'Prison Break.'

This Call of Duty: Ghosts scene has been accused of copy-pasting Modern Warfare 2. What do you think?

I used to think that the trans-generational gap between current and new console formats would be quite exciting, when in reality its serving up no end of disappointments.

As Stace wrote in his Xbox One launch preview yesterday, none of the games struck him as must-have system sellers. For all of Forza Motorsport 5's technical grunt and Dead Rising 3's ambition to shovel more zombies on screen than anyone else. He felt that the console - so far - doesn't offer much in the way of 'new.'

I have to agree, and it's something I've noted with both Battlefield 4 and Call of Duty: Ghosts on Xbox 360. As I said in my Battlefield 4 multiplayer impressions blog, I felt it was a small, incremental and most-importantly, 'safe' sequel. This period of transition between formats and tech is not the best time to establish sea change due to the uncertainty of new hardware, plus it'd come as expensive at a time where wallets need to be kept in check.

In this regard, Call of Duty: Ghosts is perhaps the 'safest' game I've played in a long time, but this isn't to say it's entirely bad. But do you simply expect 'safe' for your £45? I genuinely felt that Treyarch had started something magical with Black Ops 2. The team made real, visible attempts to shake up both its campaign, multiplayer and zombie offerings. It dusted off the cobwebs after a - personally - bland Modern Warfare 3, but in Ghosts, Infinity Ward has taken a back-step into the safe zone.

Where Treyarch's 'Pick Ten' create-a-class system sought to add balance and freedom to the loadout format, Infinity Ward's new point allowance system feels like an odd revision. Progression has changed, in that new gear and perks are unlocked as your created soldiers gain XP in battle, but then must be bought using Squad Points, which are earned by hitting new levels and fulfilling Objectives. These rolling challenges tasks players with getting - say - 150 kills with a grip-mounted rifle, and dole out point and XP rewards if completed. At last check, they roll every 15 days.

Objectives are a neat idea admittedly, similar to challenges found in mobile games like Jetpack Joyride. They're addictive, but hardly earth-shattering. Squad Points allow players to save up their stash, forego the starter gear and go straight for top tier weapons, rather than incrementally unlocking everything as they go. It does give you greater sense of freedom in a progression path sense, but there's a lack of fanfare when you level up now. It used to feel good hitting a level and seeing all your unlocked goodies splattered on the match report screen. Now, not so much. 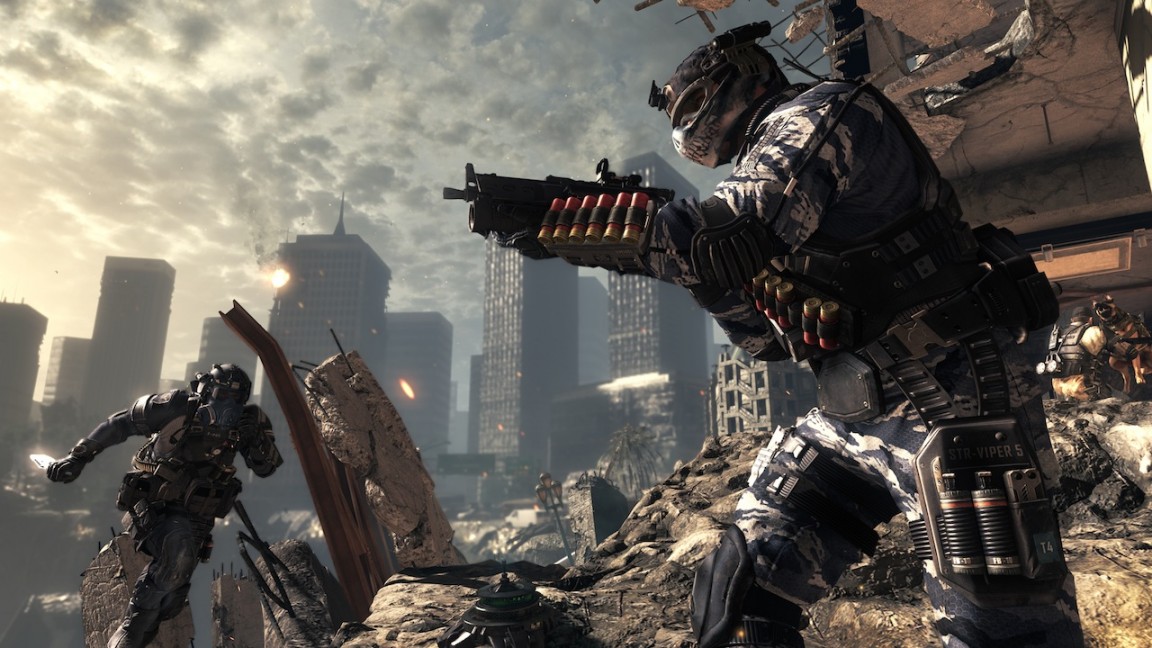 Perks are back of course and several mainstays have returned, such as Sleight of Hand and so forth. The system works fine, but I had a real problem working out if some skills such as Quickdraw - which lets you aim down the sights faster - actually made much of a difference in the field. As a long-time series fan, these are the kind of things I obsess over while playing, and I didn't see evidence of it changing much.

Like Pick Ten, you can forego weapons, tacticals and lethals for more perk points, up to a total of 12. To the game's credit, perks are given different point values depending on the strength of their effect, so naturally something like ICU - which makes your health regenerate faster - will cost two points, while something less tangible like Gambler - which rolls you a random perk each spawn - costs one. I can see what they were trying to do here, but I have a fondness for the Black Ops 2 method. My opinion will likely change for better or worse over time.

In terms of handling, Call of Duty: Ghosts is more like Modern Warfare 2 in that you will go down very quickly if you're careless. That old feeling of being downed by one bullet after seemingly pumping five shots into your killer has returned and - personally - is more irritating than ever. I felt that Black Ops 2 improved the gun-on-gun and Scorestreak balance to a point where you rarely felt cheated - unannounced Lightning Strikes aside - but here I just feel like I'm being shot long after sprinting behind cover. Maybe I've just become shit since turning 30? Who knows?

The caveat is there's no more Last Stand or any bollocks like that. If you shoot someone a few times, they die, and that is certainly something to be thankful for. I'll add that the pace seems to have ramped up considerably since Modern Warfare 3, and this has much to do with map design, which is by-far the most impressive improvement in Ghosts. I genuinely feel these maps are Infinity Ward's best. Most of them are massive, and I don't just mean in a feet-squared capacity, but in both verticality and density.

Ruined Scottish castle Stonehaven is set to be a favourite among snipers thanks to its various grassy knolls and cobblestone walkways, but it also holds dungeons and cottages, caves and stream networks, not to mention the wreckage of a crashed orbital strike satellite. The pace has improved thanks to the way Infinity Ward uses open space. There are few 'dead-cert' camper spots in Ghosts, meaning you will always be visible from one or more alternate angles. You never feel safe simply hanging back and waiting for cheap kills. You need to keep moving constantly, or you'll perish.

Scale isn't the only plus-point here, as maps seem to have been crafted to change up the way you think about Call of Duty. Stromfront's suburban street features an area with neck-high grass, which can make for various stealthy avenues, while the map's rainfall increases as matches roll on, hampering visibility. Flooded features several lethal water traps and areas with waist-high sewage to be hidden beneath. Freight's metallic containers and hidden underground path can be blown open by incendiary devices to make new paths.

These are hardly innovative features, but they do change the way people play. For a series that has long-rested on laurels and has been accused of penning each new game with graphite paper, any changes like this are surely welcome. There is one final revision that I really haven't enjoyed however, and that's the returning 'Strike Package' Killstreak format from Modern Warfare 3. You can choose either the classic Assault, which doles out rewards for chaining kills, Support which stacks and offers mostly non-lethal rewards and Specialist, which embues your grunt with new perks for chained kills. 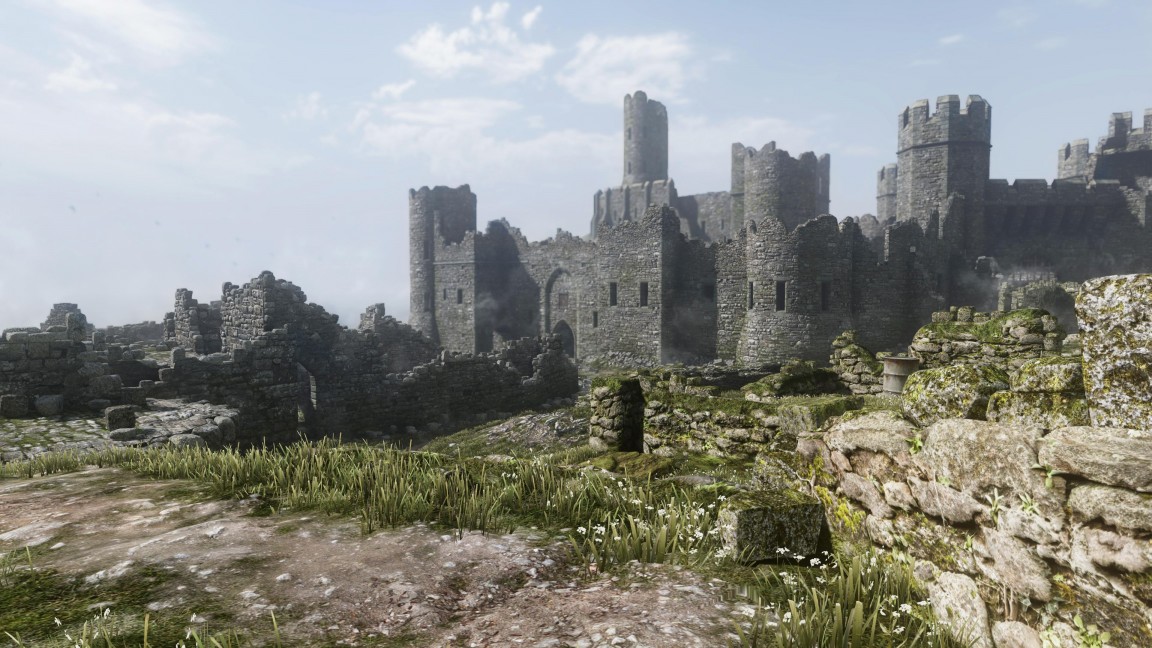 I really don't see why the Scorestreak system from Black Ops 2 had to be binned here. Perhaps it's something Treyarch wanted to keep for itself and has plans for? Either way, I was playing with a Support Strike Package yesterday and unlocked a new ammo crate reward for getting six stacked kills. It let me throw down a re-supply cache that tops off any friendly's bullet count and lets them re-roll a random gun. For every time an ally did this, I got 50 points towards my final score. In Black Ops 2, those numbers would have gone towards my streak. Here, they count for leaderboard dominance. Nothing more.

If Infinity Ward wanted to include more incentive for teamwork in Ghosts then it should have built-upon the score-based nature of the Support tree rather than focusing on kills. This is just a personal niggle, but I do feel this is something of a wasted chance. Also, the Scorestreak format from Black Ops 2 was - personally - better than the old model hands-down. It encouraged more than just wanton killing and lone wolf play. It challenged you to claim objectives and support your squad instead of worrying about K/D ratios.

Speaking of which, as a final note, I have been enjoying new modes Cranked and Blitz. The latter suffers from a real lack of teamwork when playing with random people. Most matches I played saw my team running around instead of guarding our portal. The aim is to run into the enemy portal on the other side of the map to score points, but we got flattened through a sheer lack of communication. I'm sure working in a proper squad will help though.

It's early days yet, as playing for a full day straight isn't exactly representative of another Call of Duty multiplayer year. Right now though, I'm not seeing the same big steps displayed by Treyarch from Infinity Ward. It does feel like something has been lost as the torch moves between both annualised teams. It certainly seems to be glowing a little dimmer. The biggest take-away is the map design, and I would have said that everything else is 'business as usual,' but that's simply not good enough after Black Ops 2 sought to instill change.

In the end though, I'm a fan so will be playing this for months to come I'm sure.

Anyone fancy a game?

Disclosure: To assist in writing this article, Activision sent Dave a copy of Call of Duty: Ghosts on Xbox 360.