The previously teased Bulletstorm remastered edition is now all but confirmed. 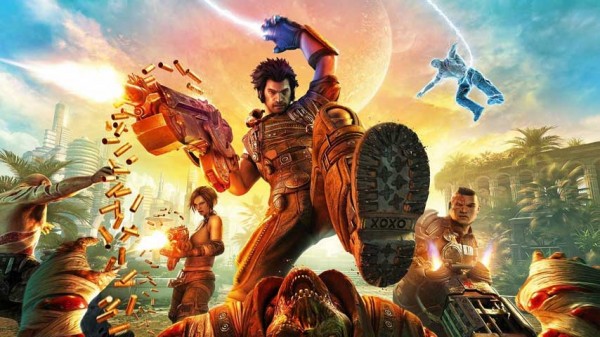 Bulletstorm was a flawed, but genuinely fun 2011 shooter from the team behind the original Painkiller, and its cult following has craved sequels ever since. While there's no word on that particular front, the teased remastered edition should be arriving soon. A game called Bulletstorm: Full Clip Edition has just appeared on the Brazil Advisory Rating Board's website with a release date of 2017.

Back during E3, Microsoft handed out a USB of assets to the press, where screenshots of a Battlestorm remaster were first discovered. While no official announcements have been made since, the project is moving forward rapidly. The rating board lists Gearbox Software as the publisher, along with PC, PlayStation 4, and Xbox One game versions.

And if the Full Clip Edition does well, who knows? Perhaps we'll get a proper Bulletstorm sequel after all.