Brendan "PlayerUnknown" Greene has announced he's leaving the PUBG development team and moving on to another role at the company.

In a statement today Brendan "PlayerUnknown" Greene announced his departure from the PUBG development team to oversee Special Projects at PUBG Corp.

Greene will head up the division's team which focuses on research and game development at the Amsterdam office.

"We are tasked with exploring, experimenting, and creating new technologies, tools, pipelines, and gameplay; but for me, it is more than that," he said.

"Together with a team of game developers and researchers, we will explore new possibilities of interaction and connection within the game space.

"Online experiences and spaces can connect us in ways I only dreamed of when I first sat in front of a computer some 30 years ago. And it is those dreams of connecting others that is driving our work at PUBG Special Projects. I can't wait to start this new journey with a new team in a new city, play some games again, and see what the future holds."

Greene will now act as the game's consulting creative director, and the current art director, Taeseok Jang, will head up development.

You can read the full statement below. 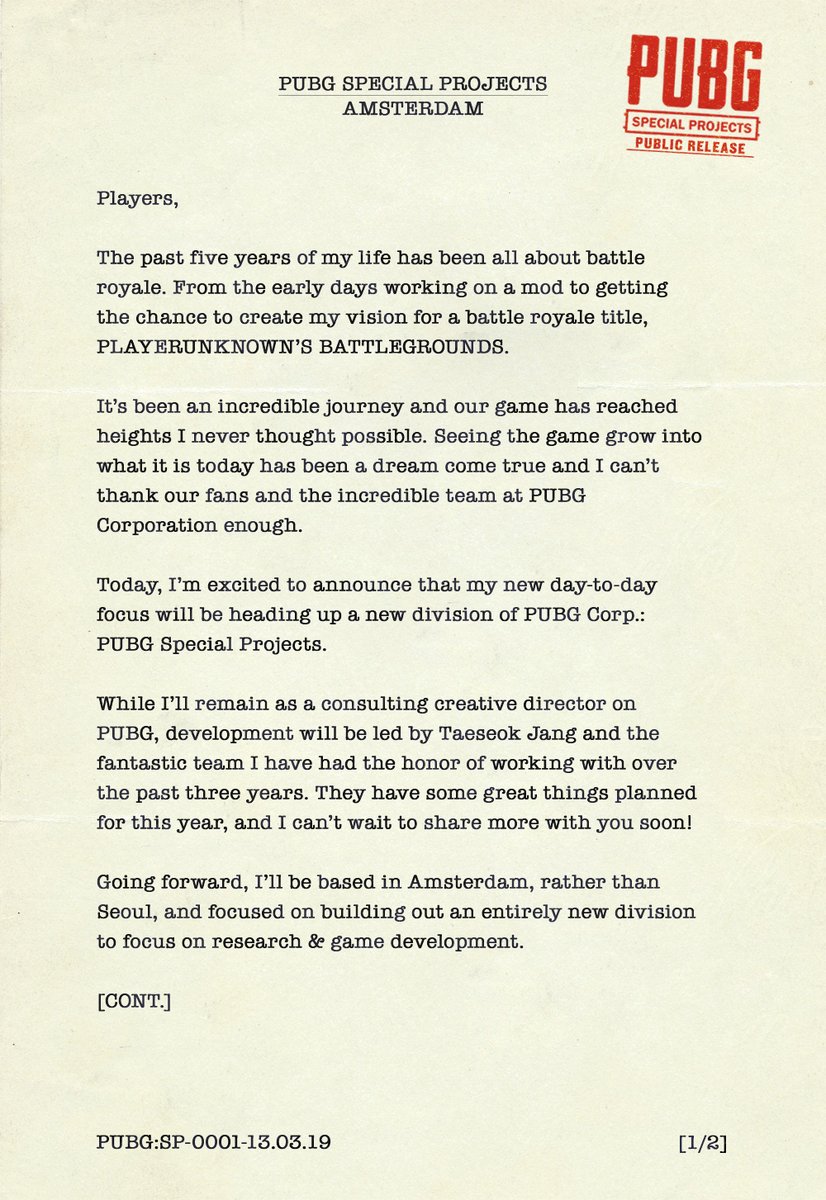 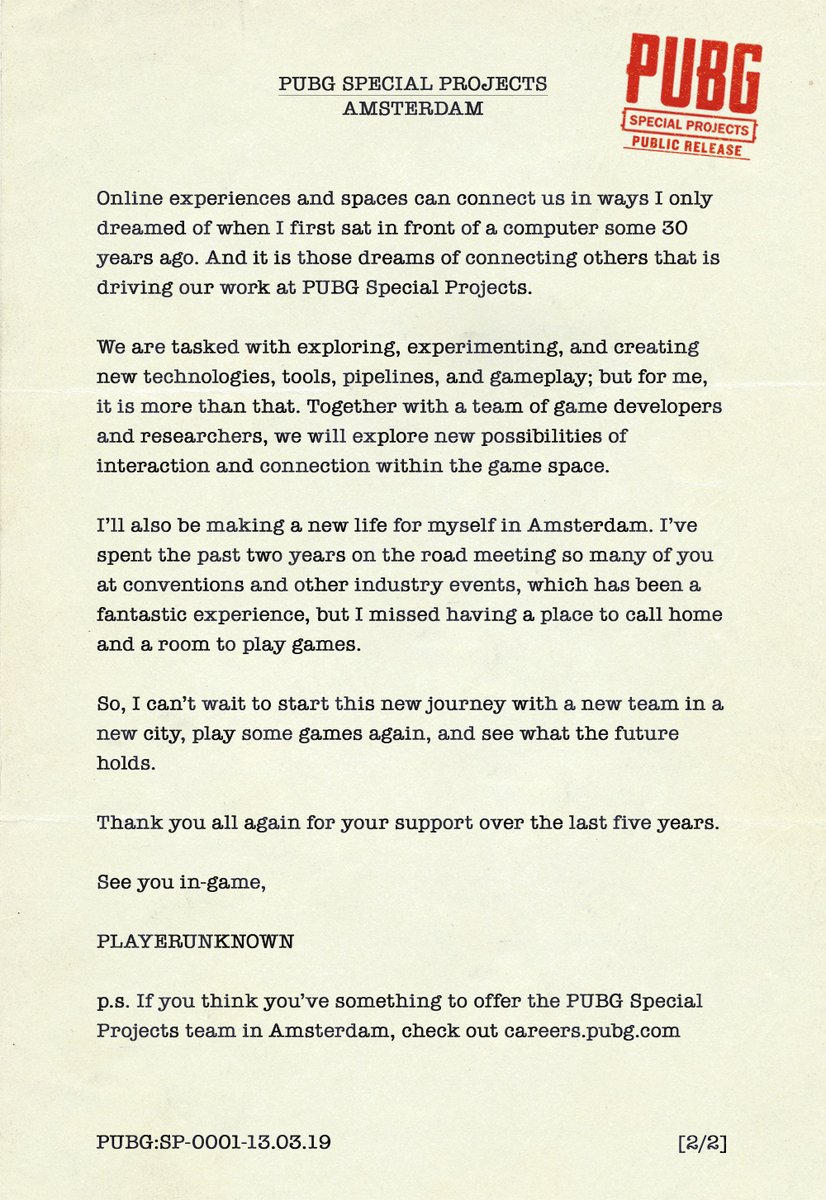