Call of Duty: Black Ops 2 will receive Nuketown Zombieson Xbox 360 from today. Gamers who purchased the Hardened or Care Package editions of the game will be able to go zombie killing across Treyarch's map if they hold a season pass, as per Activision's deal with Microsoft. Treyarch has also responded to rogue probation bans being slapped on innocent players. 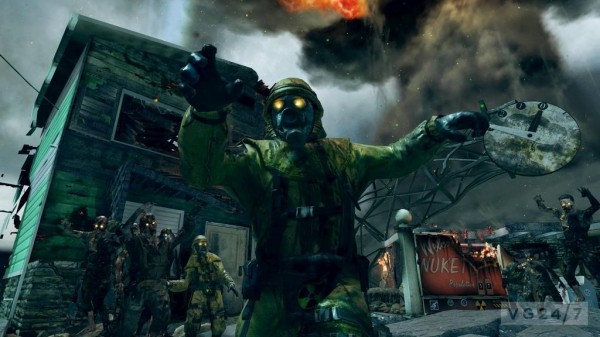 While everyone else will have to wait their turn today, Activision announced that anyone who owns either special edition version of the game, and has a season pass will be eligible to download the map on Xbox 360.

Treyarch has also stepped forward to address the issue of probation bands being dished out to players for quitting too many games early. It happened to me personally, although I haven't rage quit out of a Black Ops 2 game once. The ban effectively stops you from matchmaking for two minutes as a warning to stop quitting matches.

The issue has been updated now, so expect a patch when you log in today. There is currently no word on if or when non-season pass players will get Nuketown Zombies, but as always we'll update you when we can.