Some people like to mess around with game trailers and make them look better - this guy rebuilds the entire videos with real Lego.

Productionetilego is a YouTuber who has been building video trailers using real Lego sets for almost nine years. Yesterday, Productionetilego - whose real name is Etienne - published an Assassin's Creed Revelations trailer designed completely out of physical Lego bricks to his YouTube channel, which you can check out below.

Interestingly, Revelations was the first Lego game trailer Etienne ever published, having released his original attempt at recreating the game's E3 trailer in July 2011. You can check that one out, too, and compare the increase in quality of Etienne's videos over the past decade (almost).

Although Etienne stopped shooting this type of trailer approximately two years after his original video went up, lockdown gave him just cause to resurrect his passion.

"This video took two months to make," Etienne explains. "It's a repetitive process: build the decor, do the photo framing, make the camera movement, and, last but not least, animate Lego." In order to accomplish that last step, Etienne had to rewatch the original trailer frame by frame - in fact, this new trailer alone is made up of 3,430 individual frames. 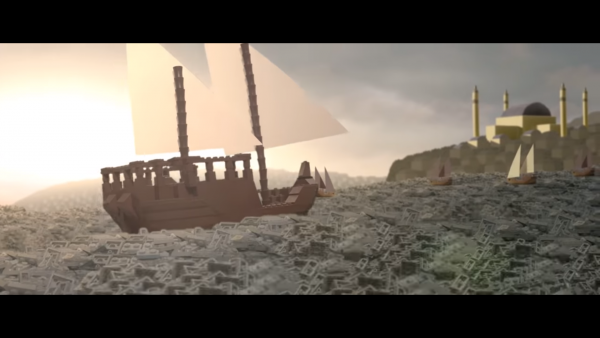 Etienne explains that ideally, he would be interested in recreating every single Assassin's Creed trailer in this fashion, but some are relatively difficult and he doesn't have a lot of free time.

As well as video game trailers, Etienne shoots his own works fiction with Lego sets. When I asked which project he was most proud of, he directed me to Flashback, an original short film he wrote. You can check that out below, too.

In related news, a marketing boss from Lego Ventures reckons Fortnite could become the games industry's "first credible metaverse." Meanwhile, Lego Star Wars: The Skywalker Saga is apparently due to launch this October."