You would think Ubisoft might openly call for actors to apply for roles in a new Assassin’s Creed – but apparently they start by fibbing to the hopeful performers.

During a recent BAFTA event at the British Museum about Assassin’s Creed Origins, London-based actor Abubakar Salim talked about how he came to secure to role of Bayek, this year’s protagonist. Not that he knew what he was auditioning for.

"When I auditioned for this, it was advertised as an animated TV series that involved motion capture, and I thought that was really interesting," he said. "I got into the room, we did the whole thing with me reading a different character – and then they dropped the bomb that it was Assassin’s Creed. I remember just freaking out, thinking what is going on? 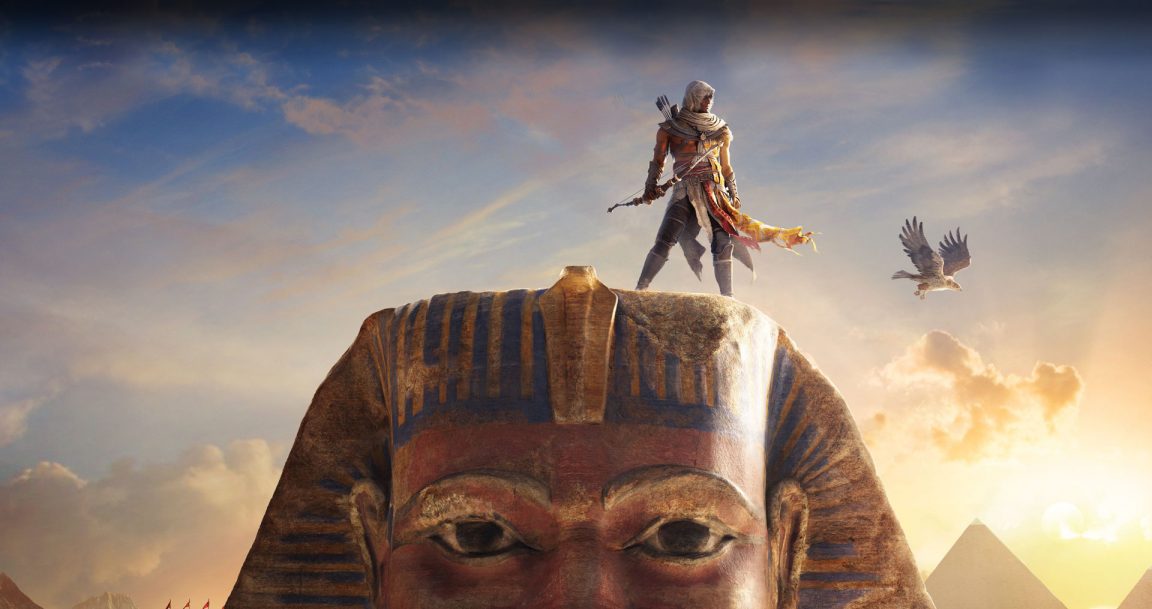 Salim is all too aware of the series’ legacy, having enjoyed several previous Creed games. Part of the reason the audition suddenly became more tense was the realisation that he would be following the likes of classic Assassins such as Altair and Ezio Auditore.

"It’s crazy, because they are such iconic characters," he said. "I remember playing as those guys and falling in love with them, with their stories and the idea of telling a story through video games. Once I’d been offered the role, I didn’t know how I was going to tackle such a huge world that’s so well established and do it justice."

Salim is still a young actor, but has managed to secure roles in TV series like Jamestown and 24: Live Another Day. This is his first video game – "and not my last, hopefully" – as well his first experience doing motion capture and voice acting.

"It was really liberating," he said. "In theatre you’ve got the stage, you’ve got the audience, there’s a few sets and props and you have to be aware of playing to the audience. With film, there’s cameras and it’s all made to look like you’re in that place. But with motion capture, you’re wearing this lycra suit - it’s so sexy [laughs]. You’ve got this huge helmet on, this camera on your face, loads of lights - it was just so removed from what I was used to that it felt quite liberating.

"It felt like I was a little kid again. Rather than giving me an actual sword, which they shouldn’t give to actors, I had a stick with a ball on, and then I had a dustbin lid as a shield – and I remember thinking this is what I used to do as a kid. This is exactly why I got into acting.

He gave a brief reading as Bayek, adopting the gravelly deep voice that has become customary for most video games protagonists, as well as a more exotic accent - after which he was asked how that accent came to be.

"We worked a lot on building the world and there are no recordings of ancient Egyptian accents - it’s not like there are any MP3s available," he said. "So we had to think about how we could make an accent that was recognisable but not too similar to what we have today. But there were so many people on the team to help with this, and we kinda defined the rules as we went. They noticed I wasn’t rolling my Rs so it was like, 'okay, you don’t roll Rs if you’re an ancient Egyptian - although maybe Nubians would…' – it was a full creative process."

The Origins script is littered with phrases and slang from Ubisoft’s idea of the historic language to make dialogue a little more colourful – and some of it has stuck with Salim. Basically, he can swear in Egyptian.

"There have been times where I have used a word Bayek says, which is not a very nice word to say, but no one understands ancient Egyptian so it’s okay," he said.

Assassin’s Creed Origins is out for Xbox One, PS4 and PC on October 27.