Bioware intends to continue the storyline of Anthem post-release, but it won't charge you any more money to experience it.

Speaking at PAX West today, the developer said that although players will be able to buy cosmetics and gear if they want to, anything related to its story must be available for everyone to access.

Bioware intends to continue to support Anthem after release with more story content and other end game DLC in order to keep the game alive for months. Mark Darrah, executive producer of Anthem at Bioware, also reiterated there will be no loot boxes, and any cosmetics that players can buy with real-world money can also be earned through play. 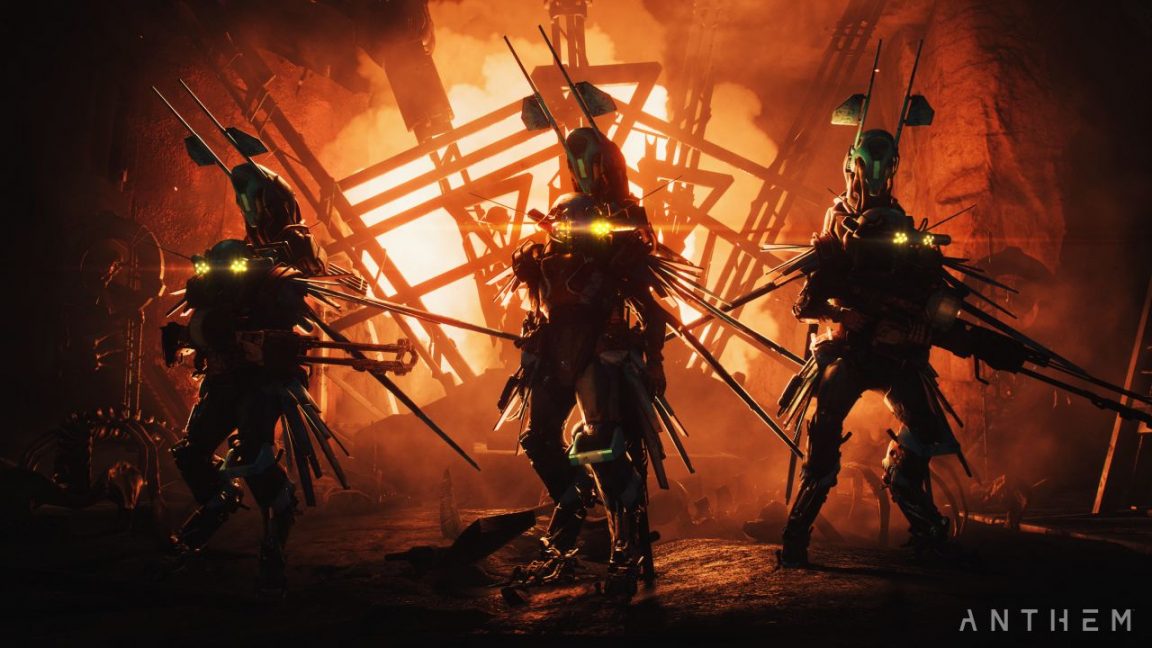 "First, so, no loot boxes," said Darrah. "There will be some cosmetic stock that you can pay for but it will always be earnable."

"For storytelling we don't want to divide the audience, we want people to be able to experience the same stories so none of that is going to be locked," said Darrah during a question and answer session with the audience.

Endgame content for Anthem includes attacking strongholds - tough raid-style four-player challenges that will require teamwork and planning against some of the game's hardest adversaries. Mike Gamble, lead producer, said that some of the cosmetic rewards for completing those challenges will still be available elsewhere in the game, but high level gear and weapons will be limited to strongholds.

"From a cosmetic perspective, yes," said Gamble when asked if the coolest cosmetics can be earned without completing the hardest endgame challenges.

"But obviously gear and weapons you'll have to earn. You can grind for those. But there will be some content that will be locked behind challenges. Strongholds will give certain things," he said