Yesterday's EA Play 2018 presentation covered a lot of ground, but the most interesting announcements involved a general decision to move away from loot boxes. It suggests that EA may have learned harsh lessons from Star Wars Battlefront 2's disastrous launch and has taken steps to avoid such controversies in the future.

It all started when DICE General Manager Oskar Gabrielson took to the stage and confirmed Battlefield 5 would have "no loot boxes, no premium pass". That's actually quite significant when you consider Battlefield 1 had its own version of loot boxes that bypassed the controversy of Battlefront 2. 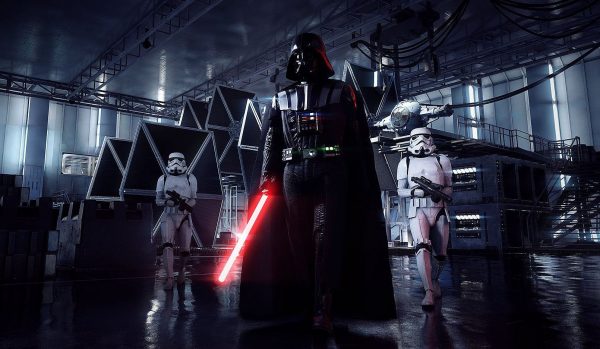 This policy carries over to BioWare's Anthem, as explained during the EA Play Q&A. "We are going to have some cosmetics and vanity items that you’ll be able to purchase, but you’re always going to know what you’re going to buy before you spend any money on it," Mark Darrah, Executive Producer at BioWare explained (thanks IGN). "No loot boxes, no ability to pay for power. That means no ability to spend money on gameplay advantage at all within Anthem."

Meanwhile, the Battlefront 2 team continues to make its own adjustments to microtransactions, hoping to draw back fans who were outraged at launch. "We launched our game in November of last year, and clearly we didn’t get it quite right," DICE Design Director Dennis Brannvall explained at EA Play 2018. "So instead of coming out of the gate sprinting like we really wanted to, we had to take a step back and make sure we were delivering the game that our players really wanted."

This change isn't a minor thing. Electronic Arts has done a complete about face on microtransaction policies it embraced less than a year ago, and went a step further by dropping Premium Passes. If this policy holds, direct cosmetic purchases will be the primary method EA uses to fund Anthem and Battlefield 5's development post-launch. It's a significant seismic shift, and it will be fascinating to see how it plays out across EA and the game industry at large.