One of the coolest things to come from yesterday’s Super Mario 35th Anniversary Direct was the announcement of the Game & Watch: Super Mario Bros. Here’s where it’s currently available to pre-order if you want to ensure you nab the retro handheld for yourself.

The Game & Watch: Super Mario Bros. mimics the iconic design of the handheld that introduced us to Donkey Kong and Balloon Fight. This version, though, sports a full-colour LED screen as well as copies of the original Super Mario Bros. and The Lost Levels. Other features include a version of the Game & Watch game Ball, an alarm clock and 35 other easter eggs. It’s scheduled for release on 13th November for $49.99/£49.99.

Over in the UK, the Official Nintendo UK Store has already sold through their initial allocation. However, more retailers are starting to put listings live for the retro handheld. In the US, meanwhile, pages are going live but you’re unable to place pre-orders right now as the device needs to be authorised by the FCC. We’ll update this page as soon as it’s available to buy. 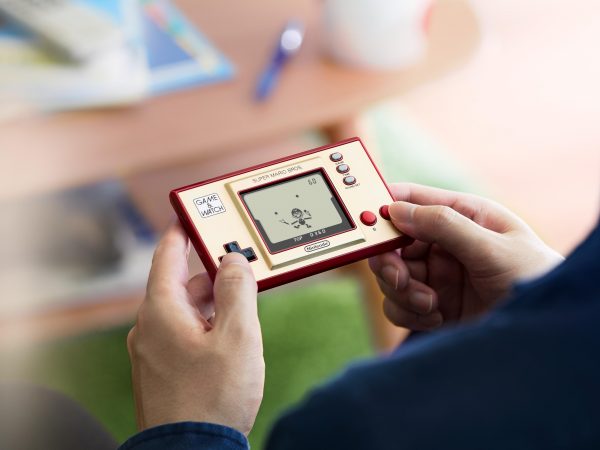 Now, I don’t know about you, but I can’t quite deal with the fact that we know the price and release date of Nintendo’s next console before both the PS5 and Xbox Series X. Hah!

That’s where we’ve found the Game & Watch: Super Mario Bros. available so far. As more retailers list the handheld for pre-order we’ll be sure to add them so you don’t miss out! You can also follow Jelly Deals on Twitter for all the latest updates and other gaming bargains.

There was a load more news from yesterday’s Direct presentation alongside the Game & Watch and Super Mario 3D All-Stars announcements. We had the reveal of Super Mario 3D World + Bowser’s Fury for Nintendo Switch, a new battle royale called Super Mario Bros. 35 and a wild Mario Kart AR spin-off.