Sony has announced Ghost of Tsushima will be released on June 26.

Alongside the June 26  release date, a new story trailer for Ghost of Tsushima was released. Special, Collector’s, and Digital Deluxe editions of the game were also revealed.

The story trailer introduces Jin’s uncle, Shimura, the jito of Tsushima. According to the description, he’s trained Jin since childhood in the ways of the samurai, and grows “increasingly concerned by the tactics Jin starts to adopt as he abandons his teachings and becomes The Ghost.”

Another character important to the story is Khotun Khan, who is the leader of the invading Mongol army who uses everything he knows about the samurai to try to destroy them.

Multiple editions for Ghost of Tsushima were also announced, and if you pre-order any edition including the Launch Edition, you will eanr a Jin avatar, a digital mini-soundtrack and a Jin PS4 dynamic theme.

Alongside the standard edition is the Digital Deluxe Edition, which includes the following:

The Special Edition (available at Best Buy) includes the following: 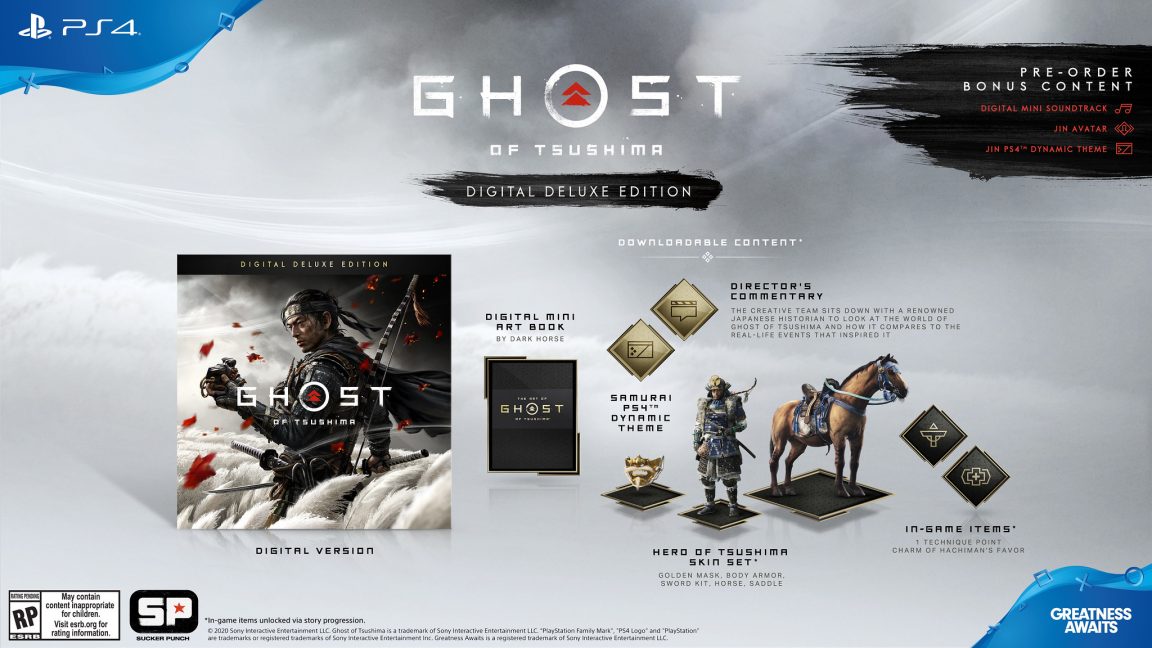 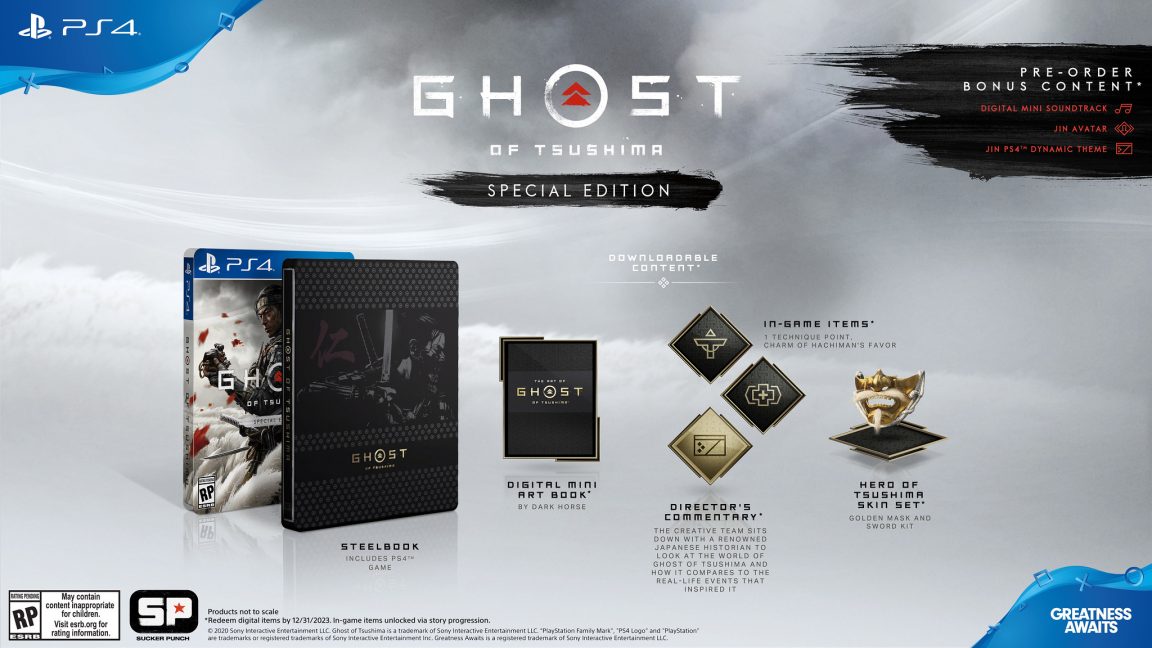 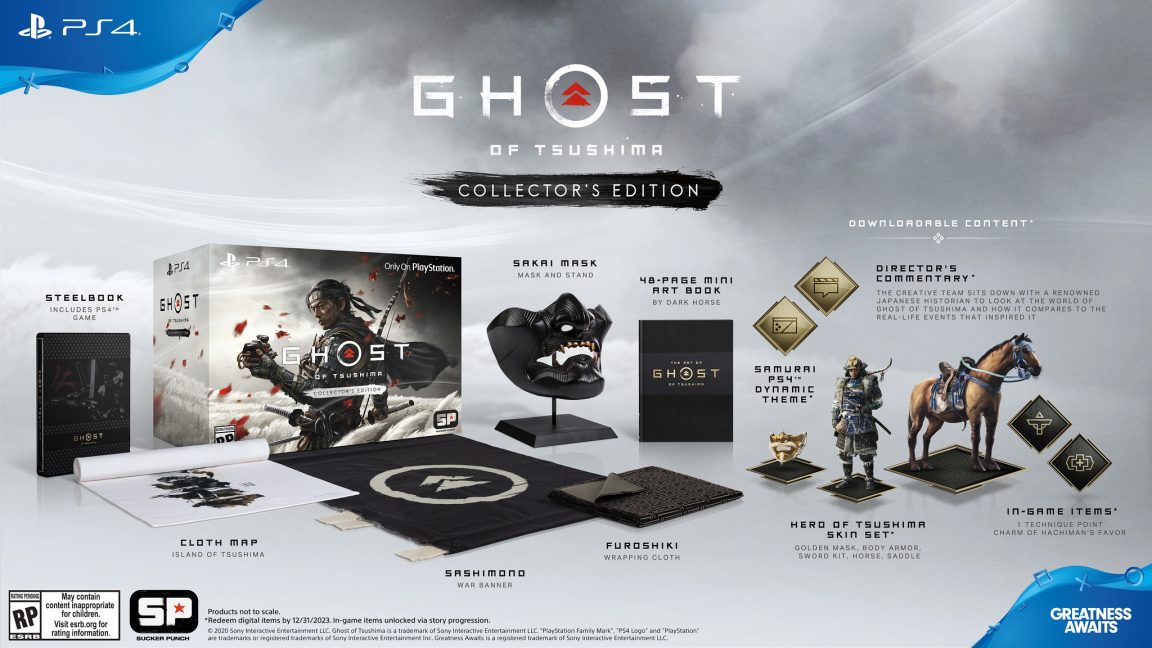 The open-world, action stealth game set in 1274 feudal Japan has been in development at Sucker Punch for several years. It was first revealed during Sony’s Paris Games Week showcase in 2018.

The story follows Jin, a samurai on a quest to fend off the Mongol invasion of the Tsushima Island. Players can expect various locations from bamboo forests to castles.