After a short delay, Epic Games has released the v6.21 patch notes this morning for Fortnite Season 6.

The new addition to Fortnite today is balloons, which you can use to sneakily float up behind enemies and take them out or to reach some dizzying new heights to get some sweet loot. The trailer for balloons also features some incredibly creepy clown skins

The Fortnitemares battle royale challenges continue until November 4 at 1 PM Eastern Time, which is 6 pm here in the UK. You’ll need to finish your Fortnitemares Challenges by then to unlock the Dark Engine Glider and be in-match at that time to witness the event.

There’s also a new hero in Save the World, Dim Mak Igor the Plague Doctor Ninja who is now available. His ability description is: “Throw Smoke Bombs at enemy Husks while you resist damage with Shadow Stance. Trust him, he’s a doctor”. 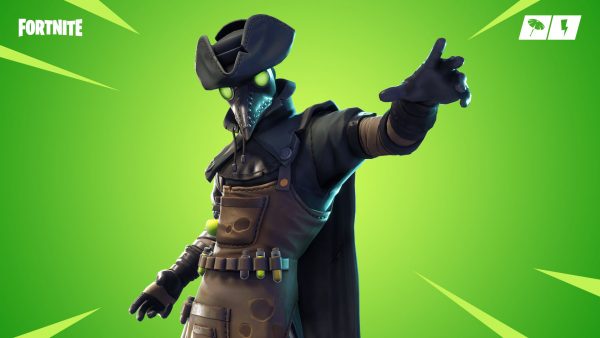 The Glider re-deploy function is still active, with a few changes being made in regard to its functionality, and will. Epic Games has stated it will “be prioritizing Glider audio over weapon audio within certain ranges, this will begin in v6.21. We also plan on adding additional changes in future updates” so expect the function to be around for a little longer.

Epic rarity. Comes with 20 deployable balloons.
Allows the player to defy gravity by holding up to 6 balloons at a time.
Primary fire button to inflate a balloon, secondary fire button to let go of a balloon.
Can be found from floor loot, chests, Supply Drops, Supply Llamas, and Vending Machines.
NOTE: Don’t float too high for too long, balloons only last so long at max build height.

We’ve finished our first week of Glider Re-deploy being available in all modes. During this time we’ve been collecting internal data and monitoring constructive feedback from all of you. We understand that not all players agree with this change, but we would like to continue with this functionality in the game based on the positive results we’ve been seeing.

As this feature remains available, we’ll begin making quality of life changes to its functionality. First of which will be prioritizing Glider audio over weapon audio within certain ranges, this will begin in v6.21. We also plan on adding additional changes in future updates.

Thanks for the discussion and feedback you’ve provided. Please continue letting us know how we can improve this feature, your thoughts on its effect in matches, and any other feedback you may have as we continue to work on Glider Re-deploy.

A few weapons have also been vaulted, including the Semi-Auto Sniper, Guided Missilea and Dual Pistols.

Fixed an issue where picking up a trap could cause a hitch.
Certain bindings will no longer override the ability to use the fullscreen map and spectating actions.
Fixed the delay between using multiple Small Shields.
Fixed an issue where inventory could get stuck when using the Grappler while picking up an item.
Map zooming with trigger buttons works on Switch again.

The first set of challenges are: