Streaming, subscriptions and next generation hardware headline this E3 - and in one of these fields, Microsoft has already nailed it. Xbox Game Pass is its most compelling offering this generation, and a feature that feels like the future.

Xbox Game Pass has always been a good idea; the simple concept of a 'Netflix of games' is an easy, attractive elevator pitch. But it's never felt entirely compelling to me - for one reason or another, it's always fallen just a touch flat. Game Pass Ultimate has remedied that, however - they've got me. I signed up yesterday.

If you missed the news at E3, Game Pass Ultimate is a $14.99 subscription that essentially takes care of all your Xbox-related game needs. You get 100-plus games on the PC version of Game Pass, another 100-plus on Xbox One, and finally an Xbox Live Gold subscription that's included with and keeps up-to-date with your game subscription. 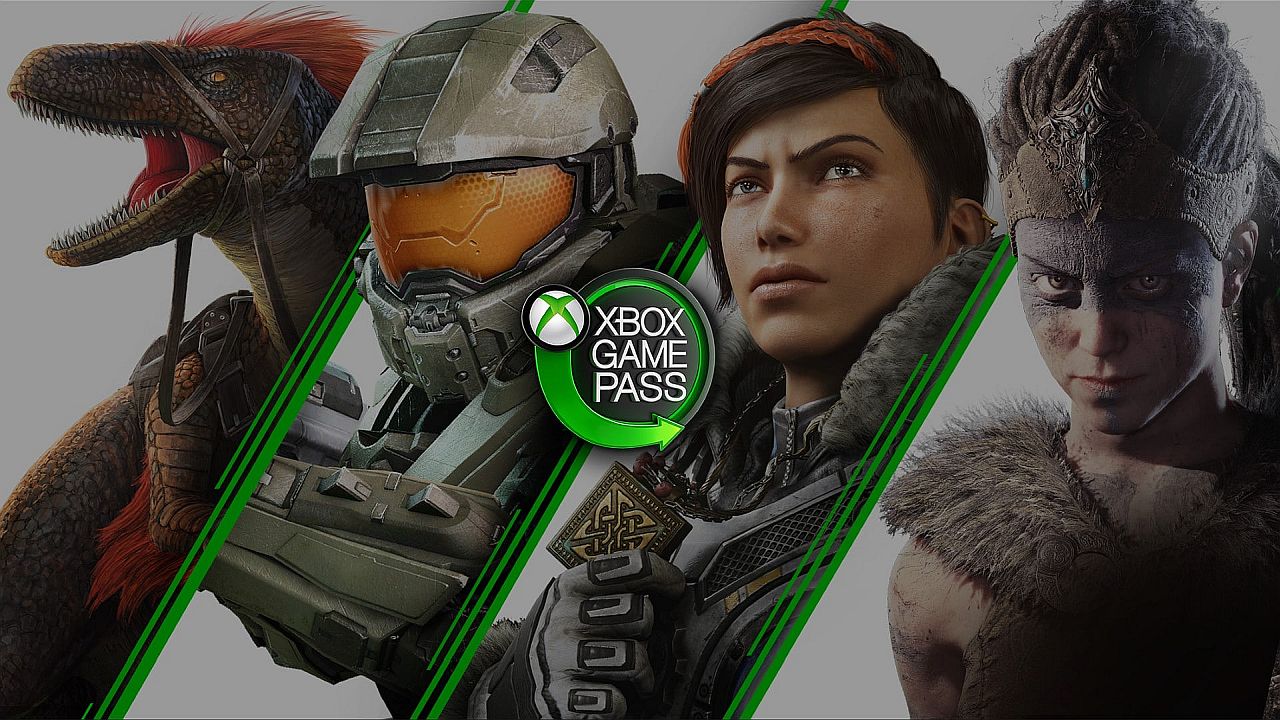 At $9.99 for 100-odd games on the Xbox One, Game Pass always felt that little bit more difficult to justify, especially given that you'd then need to shell out more on an Xbox Live sub for online play. The two combined come in at just under $20 - so to get both of these and the PC offering for $15 whiffs of a bargain. The pricing also feels solidly in line with what consumers will be used to paying for services like Netflix and Amazon Prime - which is smart, as drawing a comparison between the two is a natural thing to do.

Across both subscriptions there are currently 327 entries on the Xbox Game Pass Ultimate content list - and while that includes a number of duplicate entries across PC and console and some entries that are for separate, non-bundled DLC that's also unlocked by the service, it's no stretch to say the service is pretty excellent value. The fact that release day additions to Game Pass are now extending beyond Microsoft published titles also adds significantly to the value.

What I'm most impressed by, however, is Microsoft's commitment to making this service go above and beyond the basics. It would've been easy to launch Game Pass on PC with a smattering of cross-platform and cross-play Xbox Game Studios published titles and nothing more, but instead the company has gone out and signed PC deals that make as much compelling sense as the ultimate tier pricing.

Take Football Manager 2019, for instance. That's as PC-focused and driven as a game comes. Yes, it's due to be superseded by the 2020 edition in November, but it's exactly the sort of game that could prove a genius Game Pass bonus even for Xbox owners who don't usually play on PC. Football Manager can be whacked on a laptop for train journeys or played sitting bolt upright at a desk, paying absolute attention.

Game Pass on PC does also get you things like Forza Horizon 4 and the upcoming Master Chief Collection port, but by flanking those games with very PC-leaning titles like Football Manager, Imperator Rome and Into the Breach, it's a great service in its own right that serves to nicely distract from the ongoing Steam versus Epic Store war that's poisoning the comments section of many a PC gaming article.

Even the way signing up works is surprisingly slick: if you've got Xbox Live stacked up for a few years through sales as I have, you can convert your existing time over to a Game Pass subscription at a ratio that roughly works out at 3:2 (so a month of Xbox Live Gold translates to 20 days of Game Pass Ultimate). While it's not ideal that this process is final and can't be reversed if you decide you don't want Game Pass Ultimate, the action of the conversion is super simple. In the 360 era or the hellish early Xbox One Mattrick years, this likely would've been a logistical nightmare for the user.

Among all the subscription services currently on offer, Xbox Game Pass is now undoubtedly king - and yet there may be trouble ahead.

The increasing ubiquity of subscriptions is a problem, for one. With EA Access on Microsoft's platform, you'll likely never see FIFA or Madden on Game Pass, for instance - not even an outdated version. That's a bummer, as there's a lot of people like me who don't tend to buy those games but would be quite happy to get a one or two year old edition of each sports title for occasional local multiplayer fun. Yesterday, Ubisoft announced a subscription service, but only for PC, with its $15 price tag underscoring just what great value Game Pass Ultimate is. That likely means we'll never see Ubisoft titles on PC Game Pass - and likewise on console should the service make the leap over. People aren't going to want to pay for ten different services, but it seems most large publishers want their own - and this issue in particular feels like where even the best gaming subscriptions could run aground.

The other major upcoming consideration could be a benefit or a hindrance, and that's streaming. Microsoft is doubling down on Project xCloud, its rival to Google Stadia, and if it plays its cards right Game Pass could be its best weapon in the streaming war.

Here's how it should work: if you have access to Game Pass, everything in your subscription from both platforms should be playable anywhere via the xCloud service at no extra cost. That's it. The benefit of course is all Game Pass games can also be downloaded locally, which gives the best of both worlds - Stadia-style anywhere-streaming, but also latency-free local versions on your dedicated box at home. With people worrying about bandwidth and lag, this is the smarter, less intrusive way to introduce this technology. The good news is that the streaming preview coming in October functions exactly like this - and that's exciting.

While everybody tries to glean more information about the nature of the next generation Project Scarlett or figure out exactly how latency-free xCloud and Stadia are, it's this announcement that most has my interest. Aside from those special games you want to own a personal copy of, it's this service that feels most like the future. Whatever way we end up playing, I strongly suspect these subscriptions will soon be how most games are delivered and owned - and Microsoft is the first to get it truly right.

Oh, and they should let xCloud stream Game Pass to Switch. That too.