July is almost over, and the dog days of summer are upon us in the Northern Hemisphere. And there is no better way to beat the heat than to stay indoors and play some games.

Unless you own a swimming pool, of course, and if that is the case, we are totally jealous and will be looking for an invite to partake in some wet fun soon.

For those of us without a large concrete hole of cold water in which to cool off, staying indoors in the air conditioning is the best way to get out of the hot sun. And the best way to pass the time is to play some video games.

This week, we're learning to fly through the circling skies, trying out some demos, trying out new builds, and forcing cute little critters to fight with us.

I've got a slightly busy weekend in that annoying 'real life' sense, but I do plan to slip a bit of gaming into the mix. First of all, I want to play a little more of Microsoft Flight Simulator - testing out both the Xbox Series X and Xbox Series S versions of the game. I've got my hands on Thrustmaster's new T. Flight Full Kit X, which is basically a flight stick and throttle designed and compatible with the Xbox consoles - which should be useful for Flight Sim but I also presume will work great in stuff like Star Wars Squadrons. I'm going to test those out, casually cutting about through the skies in a low-pressure way.

When I do want some pressure, I know where I'll be going - Pokemon Unite. The jury is rather still out on if this is really a gross pay-to-win affair or not, but what I will say for absolute certain is that it's pretty damn fun, as I said in an article last week. I will continue to play... and maybe this week I'll take out my credit card. Maybe.

Finally, the Final Fantasy Pixel Remasters are now out. I've just done the modification to improve/fix the terrible font, and now I'm all-in on a full play-through of the first game in the Final Fantasy series. It's not that long a game - I might even finish it this weekend - but it's sure to be a relaxing nostalgia trip.

The Ascent is finally out. I’ve been playing it for several days in preparation for our review, and though I finished it, I didn’t deviate too much from the critical path.

This weekend, I want to play some more of it. In part because, now that the game is available for everyone on Game Pass and Steam, I am going to have so many people to play it with. I want to see how the challenge gets with one or two other players. The Ascent was pitched as a co-op game, after all, so I am keen to explore that side of it.

I also want to spend a little more time in the world testing out weapons and abilities I didn’t gravitate towards initially. The Ascent is a good action game, but its upgrade system encourages sticking with the same weapons you’ve been using all throughout. Now that I have a better idea about the pace and flow of the game, I want to try out different strategies and mess around with builds. Can you just stick to hacking and a bit of stealth and not invest massively into firepower? I am looking forward to finding out.

I have been rather bored with the usual fare of late. I haven't fired up Lotro going on three weeks now, the gang and I haven't gotten together to play Age of Empires 2, For the King, or Left for Dead 2 in the same amount of time. A break from Pokemon Go is also in order, but we will see how long that lasts because my mother still calls me three times a day to discuss it. Honestly, I just need a break from the games I usually play.

That's why this weekend I am going to give a few demos on Steam a try. One of the games with a demo available is Road to Hollow Hills. It's a narrative horror adventure with exploration, combat, and puzzles where the outcome depends entirely on the player. Another title that looks interesting to me is Adapt, which is a survival evolution game with ever-shifting environments. In it, the species you play will need to find food and habitable environments. Your competitors will evolve alongside you, each trying to find food and territory as well to ensure their own survival.

There's also Knight of Exile which looks like something I would really dig. It's a 2D action platformer with hack-n-slash combat, and in it, you are out for "revenge and redemption" to liberate a kingdom. I really like the art style, and hack-n-slash, so this will probably be one of the games I definitely try out. Speaking of hack-n-slash, Listen to the Wind looks like a lovely side-scrolling game. It features parry-attacks as the core gameplay as you fight Wokou in the Jiaqian Ming dynasty. It doesn't support English, at least at this time, but I think I will give it a whirl anyway.

Finally, there's Storyteller and Patron. In the former, you are the one writing the stories. You start off with a title, characters, and settings and create your own twist on stories both familiar and new. As someone who likes to write silly things in her spare time, this game sounds like it will be rather interesting and hopefully fun. The latter is a survival city builder with social dynamics system. In the game, you gather and produce resources, turn your village into a prosperous city and navigate social tensions before they reach boiling point. If it is anything like Banished, I will love it, so this is definitely on my playlist.

I might also give a couple of well-known games a try, as there are demos available for Little Nightmares 2 and Kingdom Rush Vengeance - Tower Defense available.

Then again, who knows which one(s) I'll try out this weekend. It's not as though I don't have very many choices.

As someone with an Xbox Series X and a Game Pass subscription, I felt it was my duty to give Microsoft Flight Simulator a whirl. After having to download an extra 27GB following the pre-load I finally managed to do just that.

I'm no stranger to playing flight sims to show off new hardware. I bought the hugely impressive Flight Unlimited for PC back in 1995 simply because it looked so visually impressive.

Microsoft Flight Simulator on Xbox Series X is a stunning achievement. I've only dabbled so far, flying from Shoreham airport to Gatwick to ensure I flew over my hometown and done some sightseeing in Egypt, but there's already no denying that this is a next-gen showcase.

How much I'll play once the novelty wears off, I don't know. For now, though, I'm looking forward to doing some virtual tourism and perhaps even getting over my fear of flying - that warning about stalling isn't helping, though. 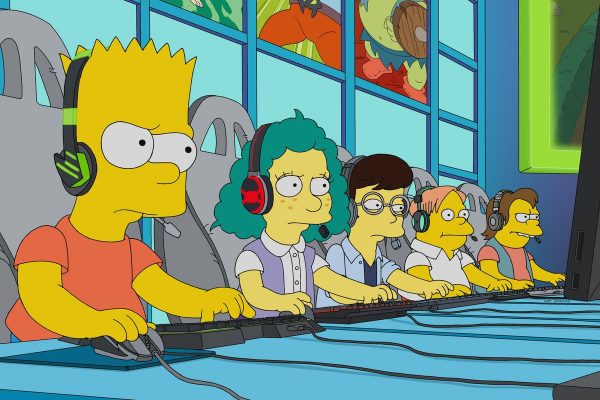 What are you up to this weekend? Playing anything new? Are you stuck on something particular in a game? Or are you still playing something you started a while ago? Let us know in the comments.