Warhammer: Vermintide 2 has been updated with a new map that takes players of the original game back to Drachenfel.

Vermintide 2 players can enjoy the first Drachenfels map, Old Haunts, for free. It will be added to your game upon updating on Steam.

Besides Drachenfels, this is also the start of Season 2 for the game, which introduces Quick Play Weaves, Lohner's Emporium of Wonders, and more. All are free downloads.

Lohner’s Emporium of Wonders is the new in-game shop where you can purchase cosmetics. Doing daily and weekly quests will reward you with the new in-game currency called Shillings, which can be spent on said cosmetics.  The store will at launch contain hats and hero skins with more content added over time. Anyone in possession of one of the existing DLC will get "a one time bag of Shillings for each DLC" as well as additional Quests.

There will also be a few Premium Cosmetics available for purchase for real-world money as DLC through Steam. Fatshark said the premium items will help support continued development, and there are "far more cosmetics available to purchase with Shillings" than what is available on the DLC tab.

The update also introduces Quick-Play Weaves, which are new "and swifter" ways to play weaves. There will be separate queues divided into five difficulties and you can now join any you would like and the weaves are now also playable with bots.  The team has also increased the amount of essence received upon completion of weaves and added a large essence bonus for completing a Quick-Play version.

Alongside the new content, the developer has also applied changes and fixed some issues with the Season 2 update since the content was in beta. Full patch notes for update 2.1.0 are below. 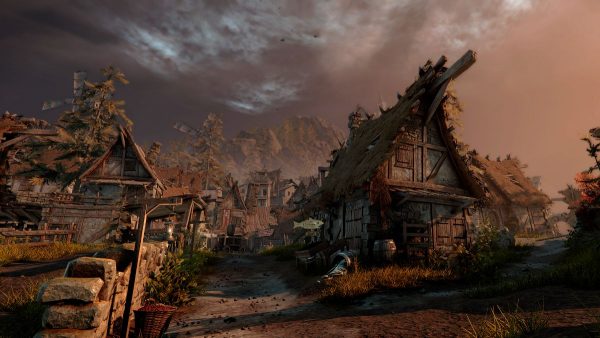