Warface developer Crytek has discussed the sexualised appearance of the shooter's female avatars in a new interview, and has revealed that they were created based on feedback from the fan base. 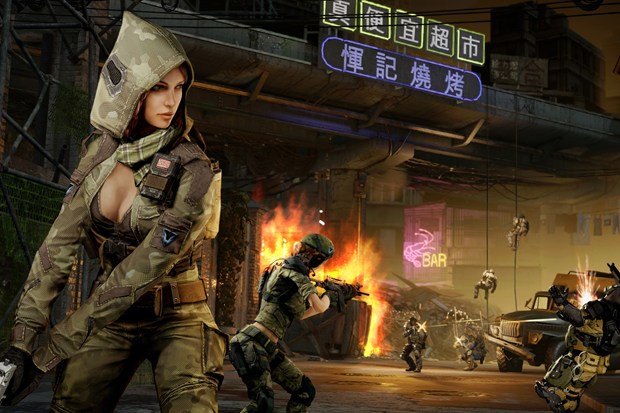 The skins in question depict women with low cut tops, exposed waists and have been deemed anatomically disproportionate by some critics.

In a Wired interview, lead producer Joshua Howard stressed that the female skins were based on feedback from Russian and Chinese players, and that their design will changed based on what is asked for in each territory. He added that the design is Russian-led.

During the interview he said, "The female skins [are] a good example of how we see how culturally the different regions approach the same game in different ways. The skins we're showing right now are the skins that basically came out of our Russian region. They're not what our players at first requested in the Russian region. They tended to be considerably more extreme that what we ended up shipping with."

Further on, Howard added that the Warface team desires authentic military attire, yet the claim seems to be in direct conflict by what is perceived as an attempt at capturing male players with over-sexualised skins. By comparison, the male soldiers wear full combat gear and show little of what's beneath.

"It's our job to maintain that Warface has an authenticity to it that makes sense for us," he continued. "They were very comfortable with the fact we have these very realistic-looking men, but they wanted the women to be not what we would think of as realistic at all. Up to and including running round in high heels which is just silly, right?"

He then stressed that the Chinese skins will be even more abstract and pandering. "We leaned a little Russian in these characters," he continued, "but we're doing another set of characters for our Chinese market, for example, and those are leaning in a different direction. It's interesting to see they are also somewhat unrealistic as compared to the males but differently than the Russians.

"You look at the Chinese models and they're also disproportionate but in a way that's more...Chinese? I don't even know what language to use for that but they're different. You get these little differences you have to adjust for. The idea we were going to come up with one set of female skins across the world was clearly blown out of the water as we started to talk to more of our players and partners from different regions."

Interviewer Phillipa Warr asked if Crytek ever - at any point - attempted to resist the way female characters have been polled and designed, or if it told the community 'no'. She said, "Are you tempted to say, that's not right. We're going to do it our way and you either get on board with this or you take your misogynistic views elsewhere?"

Howard replied, "There's a tension both ways. Early on we said we want to make this game appropriate for the different regions while maintaining a cohesiveness that's still Warface. Coca Cola is Coca Cola all over the world even though honestly speaking that mix is different in many different countries. There are some products that are 100 percent identical in every region of the world and that was not something we wanted to do with a shooter because people around the world play shooters very differently."