The Astronauts is looking to revolutionise story-telling in games. VG247's Dave Cook speaks with co-founder Adrian Chmielarz about his new project, and life after People Can Fly.

Founded in August 2012 by ex-People Can Fly co-founder Adrian Chmielarz, the team's first game is The Vanishing of Ethan Carter, due on PC in 2013.

The game casts you as a detective who investigates the disappearance of a young boy in a strange mountain range. It has horror elements and a focus on immersive story-telling.

We've got a list of initial reveal details as well as the game's debut teaser trailer here.

Chmielarz recently revealed that he had ideas in place for Bulletstorm 2 before he left developer People Can Fly. Check out what he had to say here.

"I think both sides are better off with where everyone is right now."

Adrian Chmielarz left Bulletstorm developer People Can Fly in August last year to found his new studio The Astronauts. It didn't take long for the rumour mill to start wildly speculating as to why.

Internal disputes, control restrictions, and issues with Gears of War: Judgment were all suggested as possible catalysts for his departure, but as he told me recently, both he and Epic Games had simply grown apart.

These are rapidly changing, increasingly volatile days, and rather than go down the big budget route, where millions of dollars are gambled on IP each year, Chmielarz wanted to reel in his focus, trim the fat and concentrate on the art of story-telling.

"When you read the latest interviews with Tim Sweeney, you can notice a certain change in direction for Epic," he explained. "Epic has always been very agile and able to adapt to our ever-changing market, and it seems like they are going to do it one more time, and focus on things that are right for them.

"Meanwhile, we are interested in something different, and it's not like their choice is right and ours is wrong or vice versa, it's just a pure difference in what makes one excited. In our case, we just want to make shorter, story and experience-focused games that feel very intimate.

"I think that games like that would wrong for People Can Fly or Epic, because they wouldn't feel like the DNA of either of the studios. But I hope they will work for a new entity, like The Astronauts."

The studio's first game is called The Vanishing of Ethan Carter, and its heart rests within supernatural fiction, story-based immersion, and paranormal mystery, all gravitating around the disappearance of a young boy. As a detective sent to the scene, it's your job to piece together what happened to him.

"What we want to do with Ethan Carter is to improve on the player's engagement, immersion, and sense of presence", Chmielarz continue. "It's damn hard, and the main reason is that we almost have no games to steal from, and I'm not even kidding. But of course, in a weird way it's also a good thing, because it means that we're really trying something new here.

"Of course, we do not operate in the vacuum. I owe a lot to the creators of The Walking Dead, Dear Esther, Amnesia, Journey, To the Moon, Fahrenheit and so on. Their work is deeply inspiring and eye-opening. It's just that what they have researched and implemented would not work for our game, so we have to come up with our own stuff almost from scratch. Which is hard, but also incredibly exciting."

Chmielarz told me that the game's protagonist has the ability to visualise the history of crime scenes, and to see the last moments of victims, the culprit and more. As the idea is still at the prototype, he shared with me some examples of how the mechanic might work in practice. 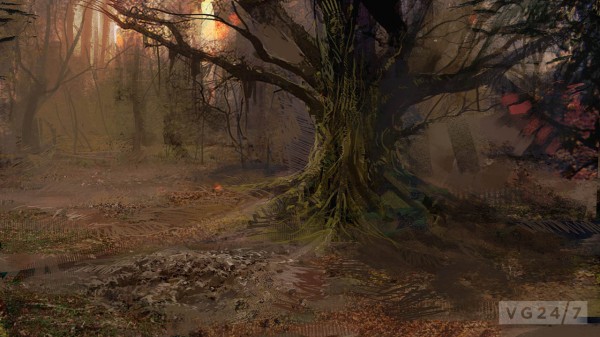 "The idea is that the man can visualise scenes of lethal crimes," he explained, "like he has an insight into the afterlife. But then, just last week, I thought, 'do we really need supernatural for this particular thing?' He's a detective, after all. Maybe the visualisation is just him being really good at what he does, sort of like a clever reconstruction of the events based on the clues he found. So we're still working on elements like that.

"But what's not going to change is that the game is a weird fiction horror. That's what we're mostly inspired by. I think this is a unique sub-genre for games in a way that it's not about terror, not about zombies nor vampires, not about cheap scares that often poison the modern horror. It's more about a certain mood and a sense of unrest rather than things jumping out of a closet."

You have to ask yourself if - given the unique ideas and list of name-checked IP above - Chmielarz would have been able to make this game, had he stayed at People Can Fly. I'm guessing he absolutely wouldn't have, so I asked him how open routes to market will help The Astronauts push the game out effectively, while helping the studio survive in the long term.

"I think that a lot of people have not fully realised yet how digital distribution changes everything" he stated. "It's not just the question of convenience any more, it's much bigger than that. It's also flexible pricing, which means we no longer need to adjust content to justify $60, as we can now adjust the price of the content. It also means you can make games that don't cost tens of millions of dollars, and thus can be way more risky. This is an amazing opportunity. 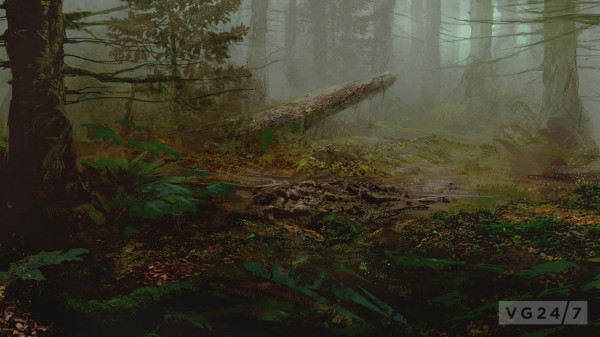 "Of course, the problem is that because of this wide open landscape and the platform revolution - you can now play games on anything, really - no one really knows what to do. It's true. No one knows what gaming will look like in, say, two years.

"Will triple-a still dominate? Is mobile gaming dying? Will episodic games catch on for good? Will F2P take over? Is there a place for short games? Should our games support browsers? Should we make it cross-platform? Should we go free and focus on transmedia and merchandise revenue, and so on, and so forth. It's crazy".

He's not under-selling this, at all. It is crazy out there right now, so you'd have to imagine that a new studio would have a much harder time at finding its feet than, say, a company with immense financial backing and a strong machine gun belt of IP ready to fire into our faces.

Not at all. In fact, Chmielarz and his team are taking a refreshingly democratic and sane approach to how it will handle 'The Vanishing', and present it at market. There is no focus-testing here, no flashy marketing juggernaut to pound your senses into a fine powder with audacious claims and flashy gimmicks. Just a team, an idea, and a desire to do well. 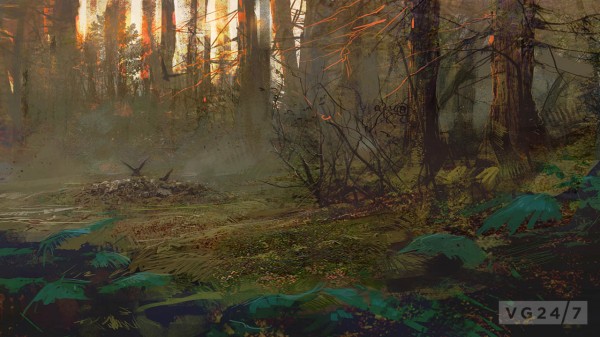 Chmielarz continued, "In our case, what we've done is we just said to ourselves: "You know what, screw it. Let's keep it sane, but screw calculation, screw market research, screw following the trends. Let's just do what we know and what we love." From the business perspective, we could have probably made smarter decisions.

"I bet we could Kickstart the hell out of a spiritual sequel to Painkiller. But this is not just business to us. So while we're not completely insane and we still care about the commercial appeal of our games, we've simply decided to, however that sounds, follow our hearts.

"You only live once, and we'd rather have fun making games with a soul than inventing a new scheme to get the players addicted to another empty experience of F2P heroin. We hope that there's enough gamers out there who, if our game is good, will respond positively to such approach."

Based on what you've heard of The Vanishing of Ethan Carter so far, could you see yourself reacting positively, as Chmielarz hopes? Let us know what you think below.