Team Fortress 2's fifth yearly Mixup match has been detailed. It's a fundraiser game featuring some of the PC world's biggest names. Those who donate most to the charity will have a better chance of playing alongside Notch, the game's creator Robin Walker, and more. Check out the details below. 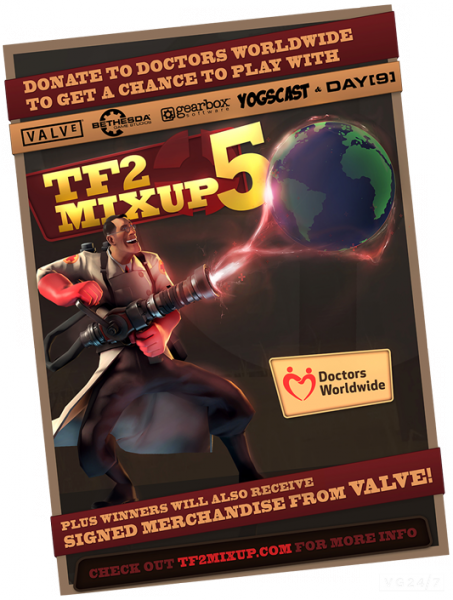 PC Gamer reports that the match - which is to raise money for the Doctors Worldwide charity - will see Walker, Notch, Counter-Strike pro gamer cArn, YouTube's Freddie Wong and PC Gamer's own Evan Lahti.

Gamers who donate the most to TF2 Mixup's effort will be more likely to gain access to the server and fight it out with the names above. To donate, simply head over to their official site.