After a brief hiatus, Nightdive is getting back to basics with the System Shock remake.

Late last month, the System Shock remake team confirmed that the game was back in development and backers could expect a progress update soon. That update now appears to have arrived - complete with new screenshots - along with an explanation of how the team will proceed moving forward.

And strangely enough, moving forward means getting back to basics. 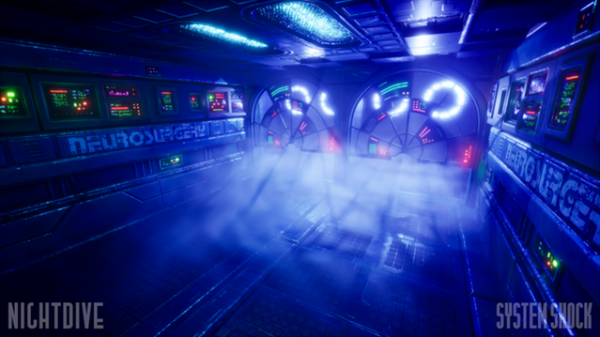 For those of you who missed the original System Shock Kickstarter, the project was pitched as a faithful remaster of the 1994 shooter. Over time, the team's goals expanded until System Shock was viewed more as a "remaster" that reinterpreted the scope of the game, increasing the team's budget along the way.

Nightdive eventually put development on hold to rethink its approach. In a new update, the team noted that System Shock will still proceed, but as a game that more closely resembles its initial vision.

"The vast majority of you agree that we are doing the right thing and that what you want is a high quality game that adheres closely to the vision of the original System Shock rather than the reinterpretation that we were previously working toward," Nightdive's Stephen Kick said in a Kickstarter update. "We had a brief respite, and took the time necessary to make some tough decisions which included saying goodbye to some of the developers that you’ve come to know through past updates. What we’re left with is a concentrated team that consists of the original developers who worked on the Unity demo."

Thankfully, proceeding with System Shock's original vision doesn't mean restarting from scratch. Most of the developed assets will still be used in the finished game. In fact, progress is moving along fairly quickly, which means the highest tier backers will be invited to privately test System Shock this September.