Speaking to VG247 at Reboot Develop this weekend, CEO Ilari Kuittinen said competition from games like Apex Legends, as well as being slower to market than rival titles and a lack of funding means Stormdivers isn't in a strong position to succeed.

Stormdivers was pitched internally as far back as 2013, and when Housemarque took the game to external partners 'battle royale' as a genre didn't really exist. But now, with the success of titles like Apex Legends, Fortnite and PUBG, Housemarque's hand has been forced.

"The problem is with us we always have to change our idea. We originally thought that the game would be a premium game but now it should be free to play. And do we have enough content to do that? I don't know," he admitted. "We're kind of a bit short of money to fully realise what we want to do as a launch edition of the game. We'll see.

"It is tough. Whether we're going to succeed, it's unlikely because of the tough competition." 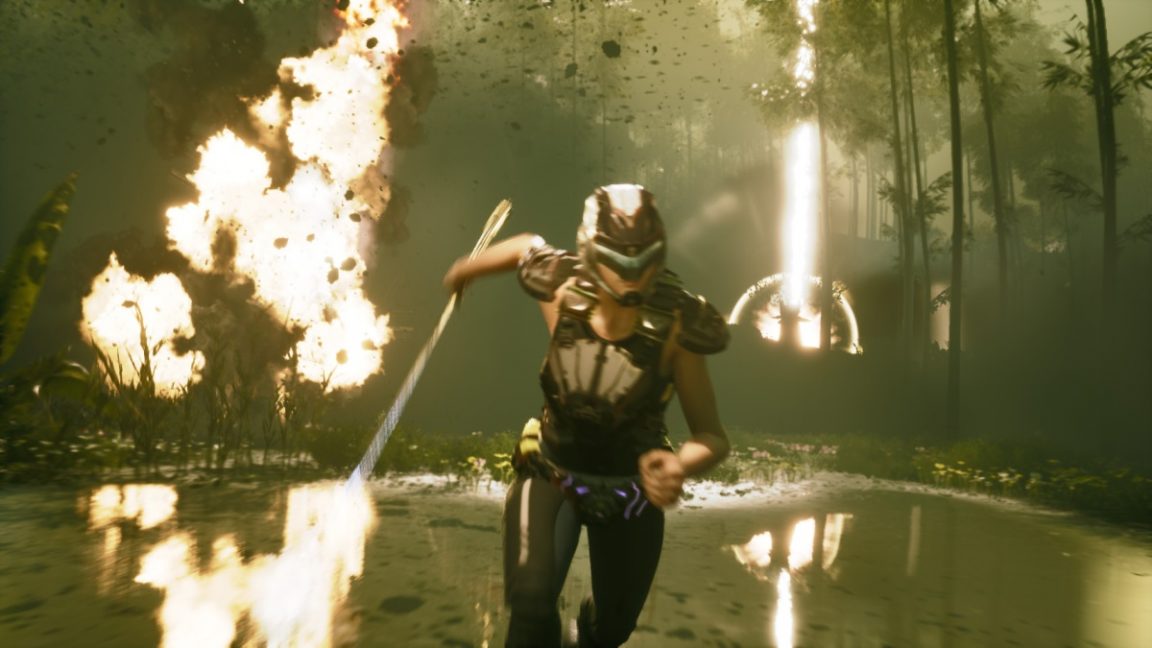 Housemarque describes Stormdivers as its "first gaming experience of a new era" after ditching the smaller games that made it successful. After declaring "arcade is dead," the studio has been focused on breaking the triple-A space.

Stormdivers is currently playable in a beta that runs every 4-6 weeks and its next phase will involve a Chinese partner for the game.

But while Stormdivers has a small team of around 15 developers, Housemarque has a secret second project with around 60 staff that Kuittinen is pinning his hopes on as the studio's big success. It's currently unannounced but does have a publisher attached.

"Maybe early next year the game will be announced," Kuittinen told VG247, although he wouldn't be drawn on formats - or whether this project is for new-gen consoles or PC. Housemarque has been working on it for at least two years and is using Unreal Engine and its own tools to help the game stand apart from competition. "This is the biggest game we've ever made," he added.

The wind has been punched out of Stormdivers sails though, especially after Epic and Respawn have had such success in transforming battle royale from scrappy mod to legitimate new genre.

"Apex did something that we had there. The maneuverability, and we have a class based thing," said Kuittinen. "In a way Apex has taken that a bit away from us. Our game is third person so it's a bit different gameplay wise. We always had this idea that there are effects that push you forward. So there's tornadoes or bombardments, so there are PvE elements. The idea is that's it's a fast-paced thing. You can't really sit tight somewhere in a toilet with a shotgun. That is still the thing we're trying to accomplish there."

Kuittinen is hopeful that Stormdivers has at least taught Housemarque some valuable lessons in terms of running a game as a service and working in the multiplayer market. But after 24 years in the industry, there's still the realisation that games can take too long to make, especially when other developers are chasing the same audience.

"It's quite brutal, this industry. Quite brutal. It's something that happens like, 'oh shit'. The race is on and we just couldn't make it."