The Star Wars: Battlefront 2 open beta goes live today, and we've carefully collected every bit of info you need in one handy story.

The Star Wars: Battlefront 2 beta has kicks off for everyone today, and will only be available until the end of the weekend. We have a very useful guide to the Star Wars Battlefront 2 open beta, covering changes to classes, loot crates, Star Cards, Starfighter combat and more.

A lot of people are looking forward to the Battlefront 2 beta because many felt that the 2015 Battlefront was lacking in content. With EA now happy to flaunt the expanded content in the launch version of Battlefront 2, a lot of purchase decisions will rely on impressions made during the beta.

When does the Battlefront 2 open beta start, and what platforms will it be available on?

The Star Wars: Battlefront 2 open beta is available on PC, PS4, and Xbox One - with no early access for any of the three platforms. The beta went live in two phases.

The first phase was available only to those who pre-ordered the game, either digitally or at retail. For this group, the beta went live on October 4 at the following times.

The good news is that the Star Wars Battlefront 2 open beta is live today, October 6 at the following times:

The Star Wars Battlefront 2 open beta wraps up for all on Monday, October 9 at the times below: 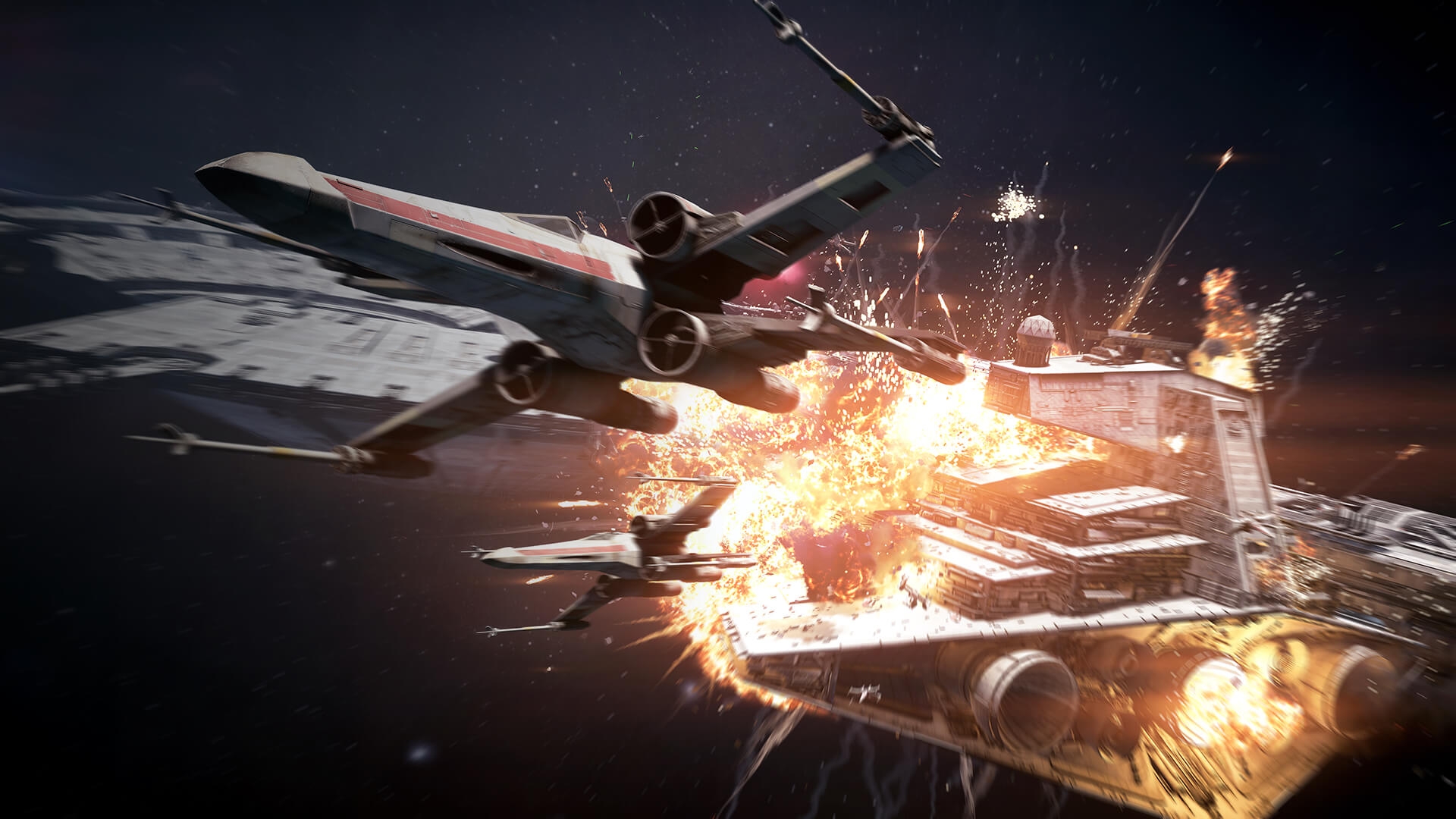 What sort of content is in the beta, and how big is it?

The Star Wars: Battlefront 2 beta is actually among EA's biggest, in terms of content. The beta includes Galactic Assault mode on Naboo - which we saw a lot of at E3 2017, and the Starfighter Assault (space combat) mode on Fondor - shown off at gamescom 2017.

The beta will also include the new Strike mode, where it will take us to Maz Kanata's castle on Takodana. Finally, Battlefront 2's Arcade mode will be available to play in single-player. These Arcade scenarios will take place in Theed.

Play as all 4 assault trooper classes and defeat 150 enemies in any mode.

Play one round of Galactic Assault, defeat 20 enemies while playing as Reinforcement, play as an defeat a reinforcement, Hero, villain and trooper.

Despite EA warning that the beta download is going to be big, it's actually not that bad. On PC, you're looking at 22.8GB - the largest of the three platforms. PS4 follows with 15.3GB, and 13.2GB on Xbox One.

What are the minimum and recommended PC specs?

As recently revealed, the Battlefront 2 beta has some hefty minimum and recommended PC specs. As you can see below, you'll need at least an i5 6600K CPU to run it. With that in mind, these specs are only for the beta, so things could be better optimised for launch.

Finally, by participating in the beta - during any phase - you get to unlock a Founder's Crate at launch. This special crate includes credits, an exclusive Darth Maul emote, and a rare trooper Star Card.

Star Wars: Battlefront is out November 17, or November 13 for Deluxe Edition owners.