The NPD group has released hardware and software figures for January 2017 and it should come as no surprise that PlayStation 4 and Resident Evil 7 topped the respective sectors. 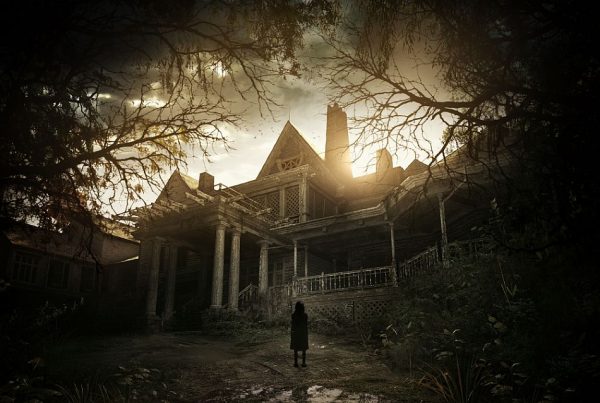 While hardware sales declined, software was up 14% to $313 million. NPD attributed the increase to Resident Evil 7's release, especially when comparing the year-over-year (yoy) release slates.

It's also worth noting Resident Evil 7 was only on the market for five days when the NPD reporting period ended.

First-person shooters Call of Duty: Infinite Warfare and Battlefield 1 were still two of the best-selling games for the month, and neither title has fallen off the chart since release in fall 2016.

Overwatch also returned after dropping off the NPD software list in October.

The rise in sales could possibly be attributed to various discount offers or the Overwatch Year of the Rooster event; however, that's just conjecture on our part as NPD didn't elaborate on why Overwatch was once again charting. It was, however, one of the best-selling games of 2016 per NPD's yearly report in January.

You'll notice not much changed on the chart since December 2016, as the heavy hitters played musical chairs and that's about it.

The biggest changes were the entry of new releases Resident Evil 7 and Kingdom Hearts HD 2.8 Final Chapter Prologue - the second best-selling PS4 title for the month.

Pokemon Sun and Moon and Final Fantasy 15 fell off the chart, and again, Overwatch reentered it.

The full NPD software chart is below, but keep in mind not all digital stores report sales data. Some publishers who sell through the PlayStation and Xbox Stores report data, but others do not. For example: Microsoft, Sony and Blizzard (Battle.net) do not report first-party sales.

This month, NPD also started reporting catalog sales of titles from the first six months of availability - starting with month seven (thanks, MCV). The winning publisher in the category for January 2017 was Take-Two and it was also the top publisher for 2016. NPD attributed this to continued sales of GTA 5.

Last week, the initial NPD report had PS4 topping hardware followed by Xbox One - which according to Microsoft enjoyed year-over-year (yoy) growth compared to January 2016.

PS4 sold the most units, with Xbox One coming in second place, and Nintendo's Nintendo Classic Mini: NES in third.

“The PlayStation 4 was the best-selling hardware (in units sold) during January 2017," said NPD analyst Sam Naji. "And for the fourth consecutive month, PlayStation 4 Slim System 500GB Uncharted 4: A Thief’s End Bundle was the top-selling PS4 sku in terms of units sold.”

Total spent in the US on accessories, hardware and software for the month January hit $611 million. While that's indeed as large figure, it's 4% less compared to $637 million spent in 2016.

NPD said the lower figure was due to a decline in hardware sales and general lack of growth.