Rage 2 may be full of baddies to shoot and things to blow to smithereens, but Avalanche has storytelling ambitions too.

Waxing the gun turret of a monster truck. Laying the last few grains of sand, just so. Clumping mohawk punks around a burning barrel, no more than a grenade’s width apart. That’s what I imagine Avalanche is doing when Rage 2 director Magnus Nedfors says the team is “still polishing the last few items”.

“That’s what we’ve been doing during the last month,” he tells me. “Fixing balancing issues, the submission phase you go through with the different consoles, and so on. And we are preparing for some post-launch content. I can’t go into too much detail because, you know, secret stuff in the games industry.”

Rage 2 is out on May 14, which is near enough that the game is a known quantity. Imagine id Software’s Doom and Avalanche’s Mad Max are hurtling down a highway in carbon-guzzling custom rides - Rage 2 is the maniac straddling the two, legs stretched apart as dirt zips by at 100mph. We’ve heard plenty about the game’s gunplay from id’s Tim Willits, but for this chat we’re sitting inside Avalanche’s car with its driver, Nedfors, to hear about his team’s open world expertise. 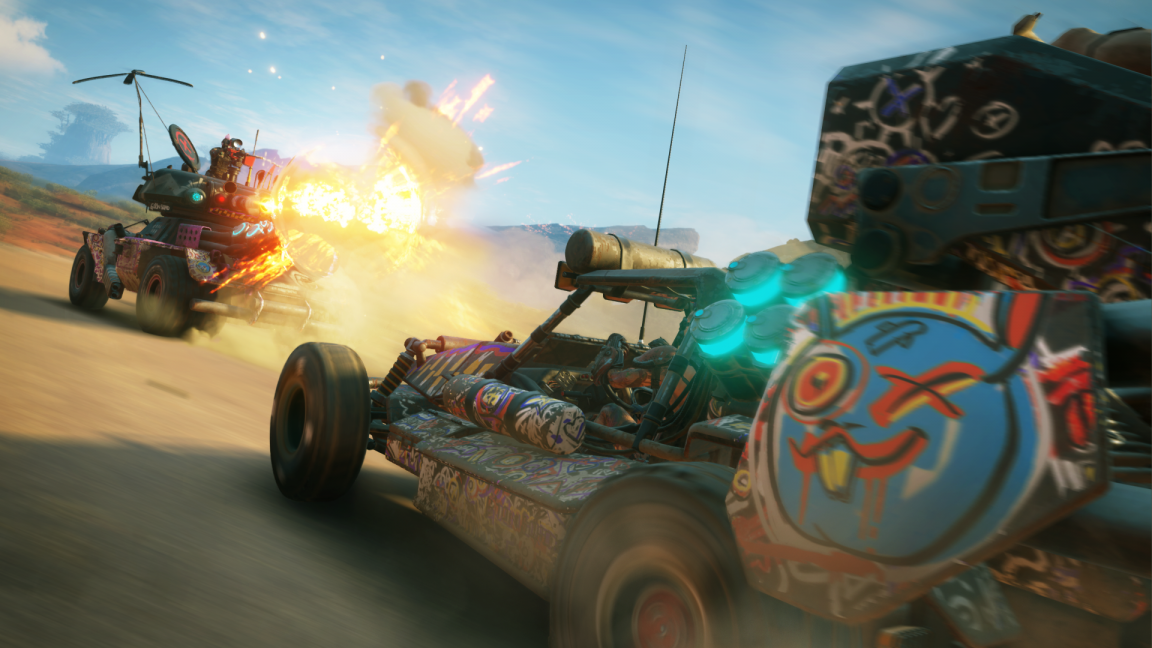 “Many game companies are getting better and better at creating them,” he says. “I’ve been at Avalanche since Just Cause 1, and I don’t think I know everything about open worlds. I haven’t mastered it. But it’s the freedom of having unlimited choices.”

Over the years, Avalanche has attempted to pinpoint the magic of that freedom - through playtesting, player interviews, and collaboration with research companies. It’s still working to find the answer.

“It is a fact, I would say, that players like open world games,” Nedfors says. “But what are the triggering systems that give you that satisfying feeling of being free to do whatever you want, rather than what the game developers thought up? That’s an area I’m still studying and want to learn more about.”

Rage isn’t a series that belongs to Avalanche, but the developer feels more ownership over it than you might imagine. That’s in large part down to the way id approached the studio - not with a specification, but a request for a pitch.

“They didn’t come to us and say, ‘We think you should do Rage 2 in this way,’” Nedfors says. “We got the opportunity to do our creative take and and present an idea that we had from the beginning, before they gave us basically anything.” 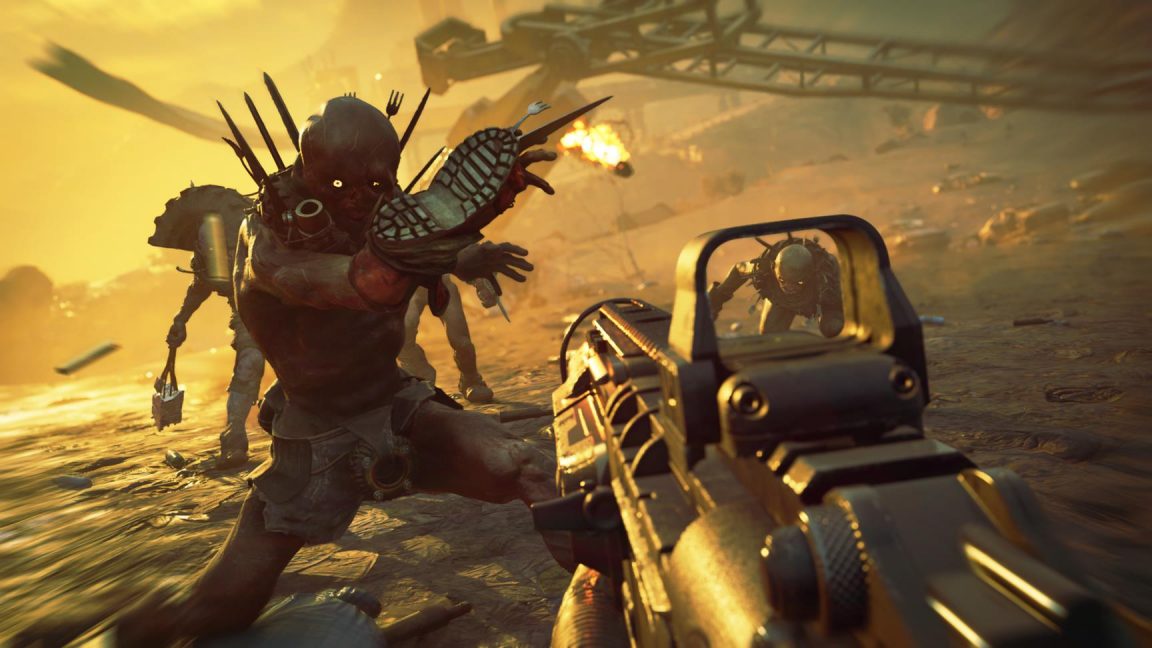 After the presentation, Willits finally let Avalanche hear his own ideas for the sequel. Nedfors was struck by how similar they were. That shared wavelength gave the Swedish open world experts the confidence to run with Rage 2.

Rage 1 had been Willits’ baby, but Nedfors wasn’t nervous about prying it from his hands. “I don’t want to sound too cocky, but I’m not a nervous kind of guy,” he says. “I was thrilled.” He was keen, too, to learn id’s secrets. For one thing, it turns out that a first-person open world is a very different proposition to a Just Cause or Mad Max.

“The camera handling is very different, so we had some lessons to learn there,” Nedfors says. “id really helped us get past some of the initial pitfalls.”

It’s the small differences that can catch a developer out. In a Just Cause game, it doesn’t matter if Rico’s position bobs up and down as he scrambles over rocks. But once the camera is inside the protagonist’s head, that terrain makes for a bumpy ride. Studios like id know that you need filters to smooth that journey, essentially acting as suspension for your character’s skull. 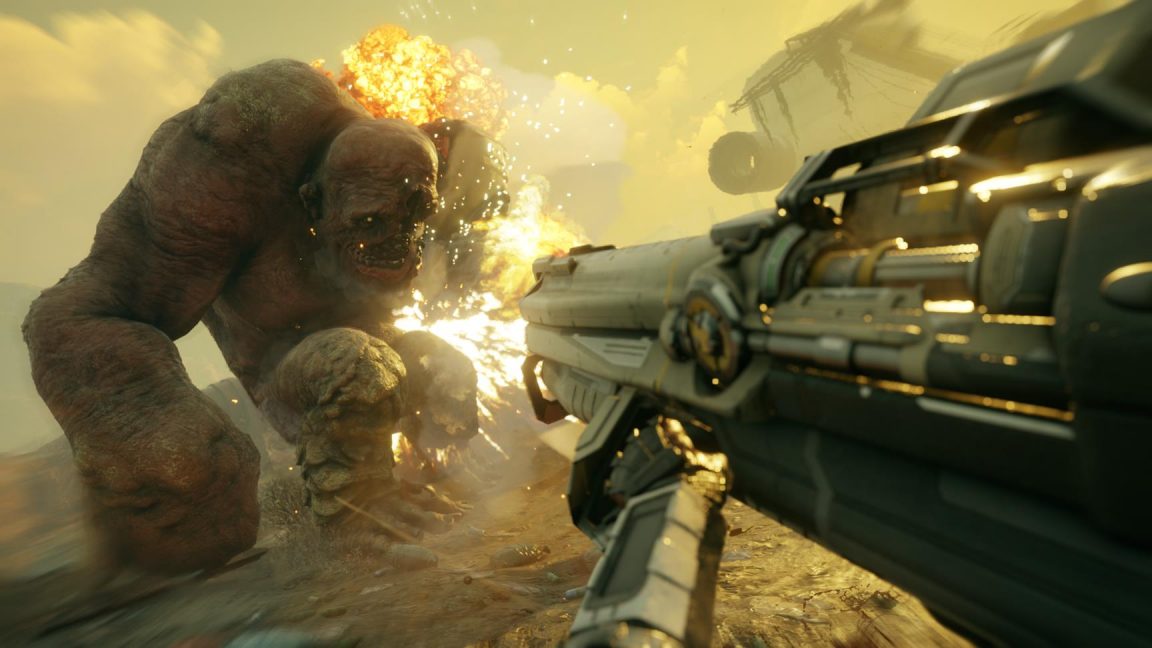 What’s more, Just Cause’s distant camera allowed Avalanche the luxury of sweeping over the landscape, lending its games an old Hollywood sense of cinema. That’s something the developer has had to adapt for Rage 2. Discussions began early with the studio’s world design group, who set about working out how its job was going to change. Everything down to the scale of vegetation has been altered to suit the new perspective.

“It’s been a great exchange in both directions,” Nedfors says. “Early on in the project, Tim said, ‘I don’t understand how you make these open world games’. I learned from a legend in the gaming industry, and he learned something from us as well.”

Nedfors knows that open world games are changing around Avalanche. The Witcher 3 blended the genre with the RPG, and those new expectations can be seen in the likes of Horizon Zero Dawn and Assassin’s Creed Odyssey.

“I will not sit here and say the deep story is why you should play Rage 2 - it’s an action game,” Nedfors says. “But we’re trying to tell small stories, both by interactions with the NPCs that you meet, and also through the environment. It’s something that we want to push more and more.

“There are many good storytelling games that are open world games second, but the common mistake is to tell a linear story. Then you’re failing in giving the player all that freedom. I think the whole industry needs to find the magic moment where somebody comes up with an evolution in open world storytelling.”

That’s a question to be tackled in future Avalanche games. Back when id Software was making Doom, it decided the game needed a powerful premise more than it did a story - and perhaps the same will hold true for Rage 2.

“You being out in the world, having fun with your guns and your abilities,” Nedfors says. “That’s what it’s about.”