PlayStation 4 has just been revealed at Sony's PlayStation Meeting event in New York, confirming 8GB of RAM under the hood that will make for a slicker, more power-friendly experience.

At the event, Mike Cerny, lead system architect on PlayStation 4 revealed that the console has 8GB of RAM, which allows the console to complete background functions and downloads without interrupting your gameplay. You can even enter the console into a sleep state - where the power is completely off - but thanks to the RAM, your game will restart at the exact point you turned it off next time you return.

The RAM also allows for greater dynamic effects. Cerny played around with Epic Game's Unreal Engine 4 tech demo in real-time, and a Sony demo that saw over a million balls falling around a detailed city environment all with dynamic physics.

Cerny added that the PS4, "has almost 2 teraflops of computational performance", and a high-spec PC GPU.

"The Graphics Processing Unit (GPU) has been enhanced in a number of ways, principally to allow for easier use of the GPU for general purpose computing (GPGPU) such as physics simulation. The GPU contains a unified array of 18 compute units, which collectively generate 1.84 Teraflops of processing power that can freely be applied to graphics, simulation tasks, or some mixture of the two.

PS4 is equipped with 8 GB of unified system memory, easing game creation and increasing the richness of content achievable on the platform. GDDR5 is used for this memory, giving the system 176 GB/second of bandwidth and providing a further boost to graphics performance." 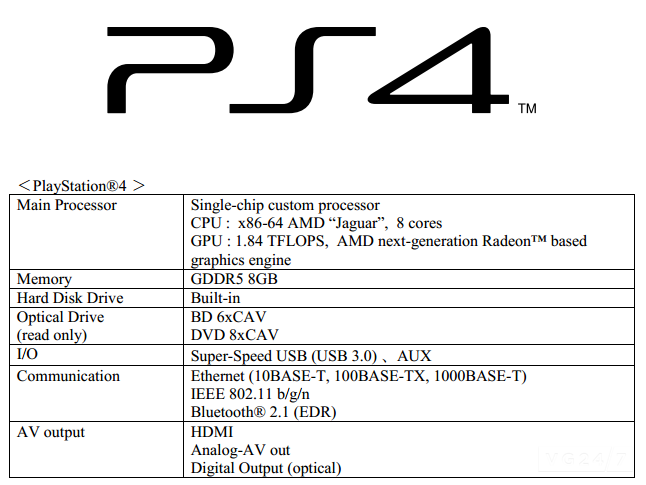 Check out our complete overview of the entire PS4 reveal here.