Next week, Legendary Pokemon Shiny Zygarde will be distributed to Pokemon Sun and Moon, and Pokemon Ultra Sun and Moon players.

Legendary Pokemon Shiny Zygarde will be made available for Pokemon Sun and Moon, and Ultra Sun and Moon players on June 1.

Zygarde is a Dragon/Ground-type with three distinct forms from the Kalos and Alola regions. Due to being Shiny, the Pokemon will feature white and teal coloring.

Unlike some of the previous Legendaries handed out, Zygarde will not be exclusive to one version as it will be available for both Sun and Moon.

Pokemon players in the US will need to visit their local GameStop by June 24 to grab the code. Canadian residents should head to their nearest EB Games location.

Distribution in the UK will take place June 1 -22 through the Nintendo Network. Players can accept the Pokemon as a Mystery Gift.

Stats for the Pokemon are posted in the image below. 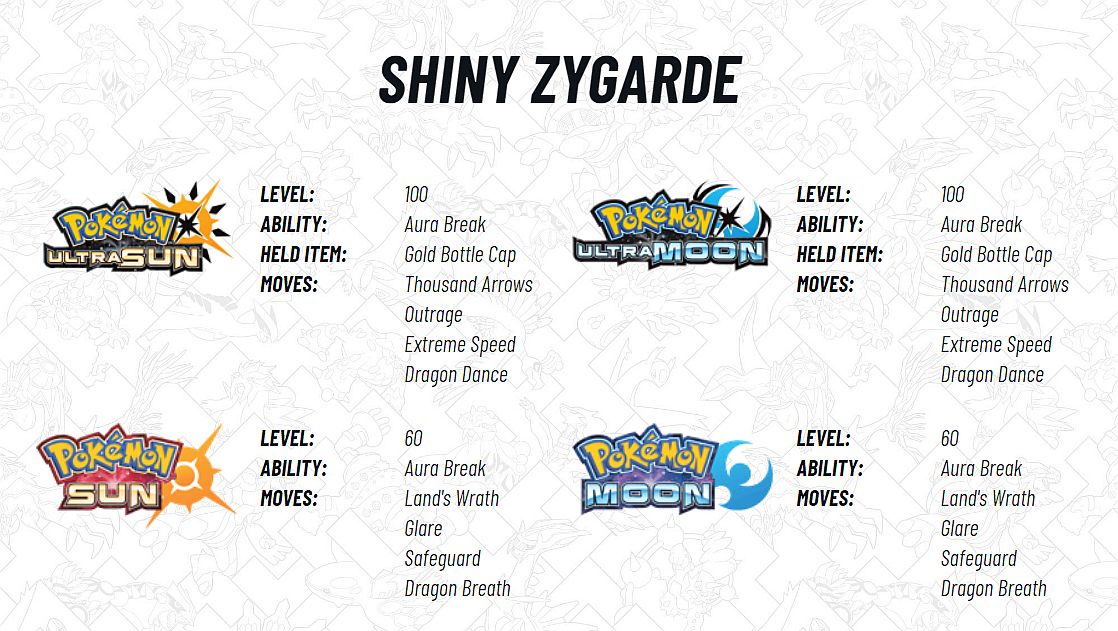 How to get Shiny Zygarde for Pokemon Sun and Moon

The next distribution will occur in July with Tornadus, the Flying-type or Thundurus, the Electric/Flying-type from the Unova region.

More Legendary Pokemon will be distributed through November.