If you've got Drowzees coming out of your ears, read on. 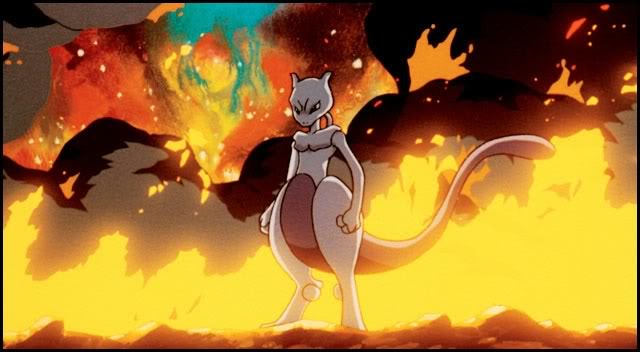 Can you call yourself a true Pokemon Master if you don't have a few legendary Pokemon in your Pokedex? Everybody wants to catch a legendary, but they're seemingly as rare in Pokemon Go as they are in the traditional Pokemon games. So, where are they? What's going on? Well, it's not as straightforward as we'd like, but let us enlighten you...

How can you catch Mewtwo, Mew, Articuno, Zapdos and Moltres in Pokemon Go?

Well, the answer to this question currently is a little disheartening: currently, you can't actually catch Mewtwo, Mew, Articuno, Zapdos or Moltres officially in the game.

We've got a page that details in-depth exactly where you can find all 151 of Pokemon Go's pokedex, but a few Pokemon are missing from that list. It's exactly who you think - the legendary birds Articuno, Zapdos and Moltres, legendary and reclusive Pokemon Mew and its generic clone Mewtwo.

Articuno, Zapdos and Moltres are notably the symbols for Pokemon Go's teams and their leaders. When you reach level 5 you're prompted to join a team and start conquering gyms, and each gym is represented by the silhouette of a legendary bird. Could catching Articuno, Zapdos or Moltres be linked to your team of choice?

Has the first Pokemon Go Legendary been caught? Articuno spotted in Ohio

While there's still no way to naturally catch the Legendary Pokemon in the wild, it seems Articuno may now be in the hands of a player for the first time.

As posted on Facebook and Reddit and here on VG247 in a news update, a player is claiming to have been directly gifted an Articuno by Pokemon Go developers Niantic.

What isn't clear is if this is a mistake or the result of a glitch or bug that can sometimes cause a Pokemon to change into another Pokemon under certain circumstances - or even if this appearance of Articuno at an Ohio gym is just an elaborate fan fake. We'll update as we know more. 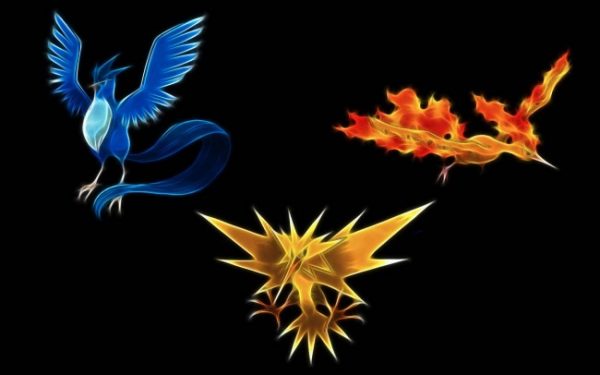 The final missing Pokemon Go creature - Where is Ditto?

There is one Pokemon missing from Pokemon Go that can't be found anywhere in the world, and that's Normal-type Pokemon Ditto.

In the regular Pokemon games Ditto takes on the form of whatever Pokemon it's facing thanks to being an expert at impersonation. In Pokemon Go a Ditto has yet to be found in the wild, making it the rarest non-legendary Pokemon on the planet.

Players speculate that some regular Pokemon out in the wild could be Ditto, with their true identity triggered by an event later down the line. As it stands now, though, there's no way to find Ditto in-game.

The good news: Mewtwo, Mew, Articuno, Zapdos, Moltres and Ditto are in the Pokemon Go files, so they're coming

Some fans have been concerned that the legendary birds, Mewtwo and Mew might never be fully available in Pokemon Go thanks to their legendary status - after all in the traditional Pokemon games there is only one of each in the world of Kanto, Pokemon Red, Blue, Green and Yellow's setting.

Thankfully we know that won't be the case. As previously mentioned, the three Legendary Bird Pokemon serve as the mascots for Teams Instinct, Mystic, and Valor, and we saw Mewtwo in a trailer for the game which you can see embedded below. Beyond that we still know nothing more, however.

NesstendoYT on YouTube has been rummaging around in the game's files and found Mew, Mewtwo, Articuno, Zapdos, and Moltres in there, as well as Ditto. So they are in there, waiting.

Judging by the trailer and the Ingress app's live events, it's likely that Legendary pokémon will appear at special events in different countries with the teams competing in a similar way to the Ingress events.

If you haven't reached level 5 and joined a gym yet, you should probably take each team's Legendary into account, just in case it affects which one you'll get later on in the game.

The quest for the rarest catches in Pokemon Go

Rare Pokémon are subjective. If you live in an area brimming with Bellsprouts, you might wet your pants at the merest hint of a Zubat, while other players can't send them to Professor Willow fast enough. If you're struggling to find them, they're rare.

Different species of Pokémon are found at different locations. Their appearance is based on time of day, the environment (near water, or grassy areas for example), and according to one Reddit user, areas of high cell usage in the Ingress app - Niantic's last AR game.

In fact, you can use the Ingress app to zero in on a pokémon's location. The XM generation in the app (areas of frequent cell activity) seems to be linked to pokémon locations, so if you're planning a hunting trip, you might want to have both apps on the go to save time and maximise the number of pokémon you'll catch while out and about. be warned that will drain your battery double-time though.

As well as taking a walk around your local area or popping into your local pub between the hours of noon and midnight to see which pokémon are passing through in a 12 hour cycle, it's important to use Lure Modules and Incense, which will make a larger variety of pokémon appear. And don't forget to use Razz Berries if a hard-to-get critter that you've had your eye on pops up.

Always make sure you incubate your eggs before you head out. Work on hatching those 5km and 10km eggs as a priority as they're more likely to hold rare pokémon that aren't necessarily found in your area.

Keep an eye on the bar in the bottom right corner of your screen as well. The silhouettes indicate the presence of nearby pokémon that you haven't caught yet, so if you're familiar with Who's That Pokémon segment from the 90s, you'll be well-equipped to spot the rarer ones to track down.

Other than these tips, work on getting your trainer level up. As it increases, so do your chances of finding new pokémon.

There are some trainers out there willing to break the rules by GPS spoofing, but there are safeguards in place to make sure you can't reap the rewards of cheating and you'll run the risk of a soft ban, so we'd advise against it.