Mystic Messenger fans wanting to win Zen's heart, look no further: this guide has general tips, helpful resources and even a full-blown walkthrough.

Handsome and looking for love, Zen is only available in Mystic Messengers Casual mode and is kind of the “default” love interest; he makes his interest apparent fairly early, and the story of Mystic Messenger makes most sense when you begin with a Zen playthrough.

Zen has an arrogant exterior masking deep insecurities, and needs his ego propped up constantly and regular reassurance that he’s not just a pretty face. While he makes no bones about looking for love, he’s wary of women who want to trap and control him because of his status. He wants someone who is as interested in his own success as he is, who will show enthusiasm for his work above everything else.

If you earn a grey Heart while interacting, that means he has had a strong reaction to your choices. In general, you can win Zen’s heart in Mystic Messenger by following these guidelines whenever he is present in a chat: 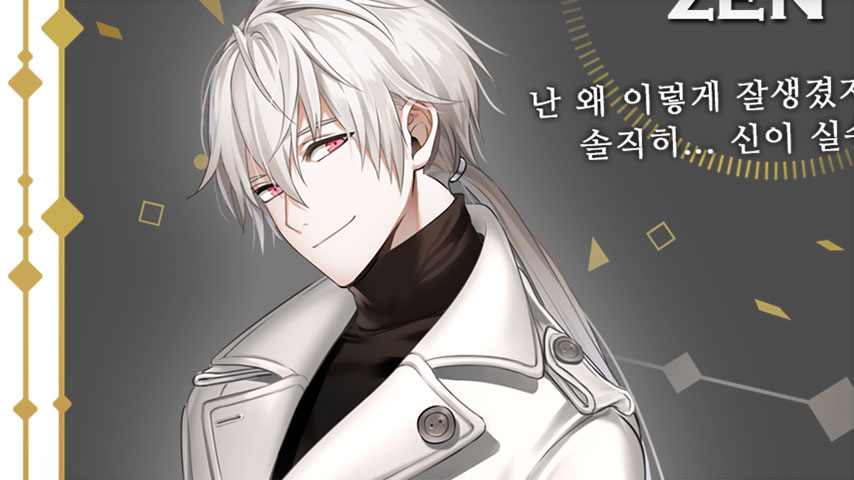 Need more? Return to our Mystic Messenger guide and walkthrough hub for general tips on playing this strangely demanding game, email answers, and other helpful advice. We're adding more guides as quickly as we can for a game that takes 11 days to play through!