Mortal Shell recently received a surge of interest from fans, clocking over 350,000 players during its open beta. Most of of said players took the time to pet the cat.

Mortal Shell dev Cold Symmetry took to Twitter in order to share some interesting stats from the beta. The game amassed a whopping 350,000 players prior to the beta's closure, and racked up over 5 million views across Twitch and YouTube.

Most importantly though, the beta included over 150,000 cat strokes, meaning that about 43% of players did the right thing and petted the cat (unless this figure also considers players who petted multiple cats, which means that the overall amount of cat-lovers might be lower, but the remaining cat-lovers are even better for having spent far more time than necessary with their feline pals).

We already knew that you can pet the cat in Mortal Shell, by the way. We just didn't know how many people were actually doing it.

We have been overwhelmed by the response to our beta. Thank you to everyone who jumped in and gave feedback and reports on the game.

We can’t wait for everyone to get their hands on Mortal Shell later this year! 💀🐚 pic.twitter.com/bXWBx4Tutd

"We have been overwhelmed by the response to our beta," wrote Cold Symmetry. "Thank you to everyone who jumped in and gave feedback and reports on the game. We can’t wait for everyone to get their hands on Mortal Shell later this year."

From what I've seen, it seems that people can't wait to get their hands on Mortal Shell's cats in particular. Can you blame them? They're lovely. 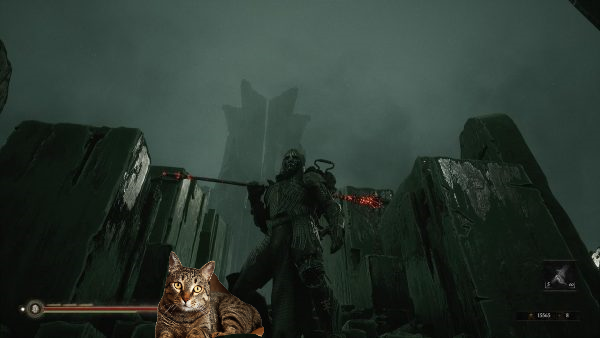 If you've yet to read up on Mortal Shell, be sure to check out our impressions after having played the beta. Sherif said it's "the right kind of Soulslike," which is refreshing to read after seeing an overabundance of games in the genre over the last few years.

You can also check out Mortal Shell's debut trailer here. If you're after something else to keep you busy until Mortal Shell launches in full later this year, check out our indie roundup featuring Ooblets, Tannenberg, and more.