Icium is a crafting material in Monster Hunter Rise that used in a plethora of early game offensive and defensive equipment, making it a vital resource to scavenge while you're out on a mission.

However, Icium is one of the more elusive minerals in Monster Hunter Rise - and you can quite easily go about your business finding very little of it at all.

We're used to talking about cold steel, but Icium is the coolest metal inMonster Hunter Rise - here's where to find and farm Icium in Monstert Hunter Rise.

Take a look at the trailer for Monster Hunter Rise right here.

Where to find Icium in Monster Hunter Rise

As you might expect, Icium is found in Monster Hunter Rise’s second locale: the Frost Islands.

It’s a rare drop from Mining Outcrops through the mission area so, unless you’re lucky, you will need to mine more than one harvesting spot to find what you need.

As well as mining it yourself, you can also collect Icium as rewards for completing Village Quests in the Frost Islands, as a bonus reward from your Palico at the end of a mission, as well as from Optional Subquests from Hinoa the Quest Maiden.

Icium is particularly common as a reward for the Optional Subquest where you have to complete missions in the Frost Islands.

How to farm Icium in Monster Hunter World

Finding Icium is so difficult because a lot of the Mining Outcrops in the Frost Islands are hidden or hard to reach.

But once you know where to look, you can pass most of the harvesting spots in one loop, which we’ve drawn on the map below.

Remember to eat before you set off, because you’ll need the stamina: 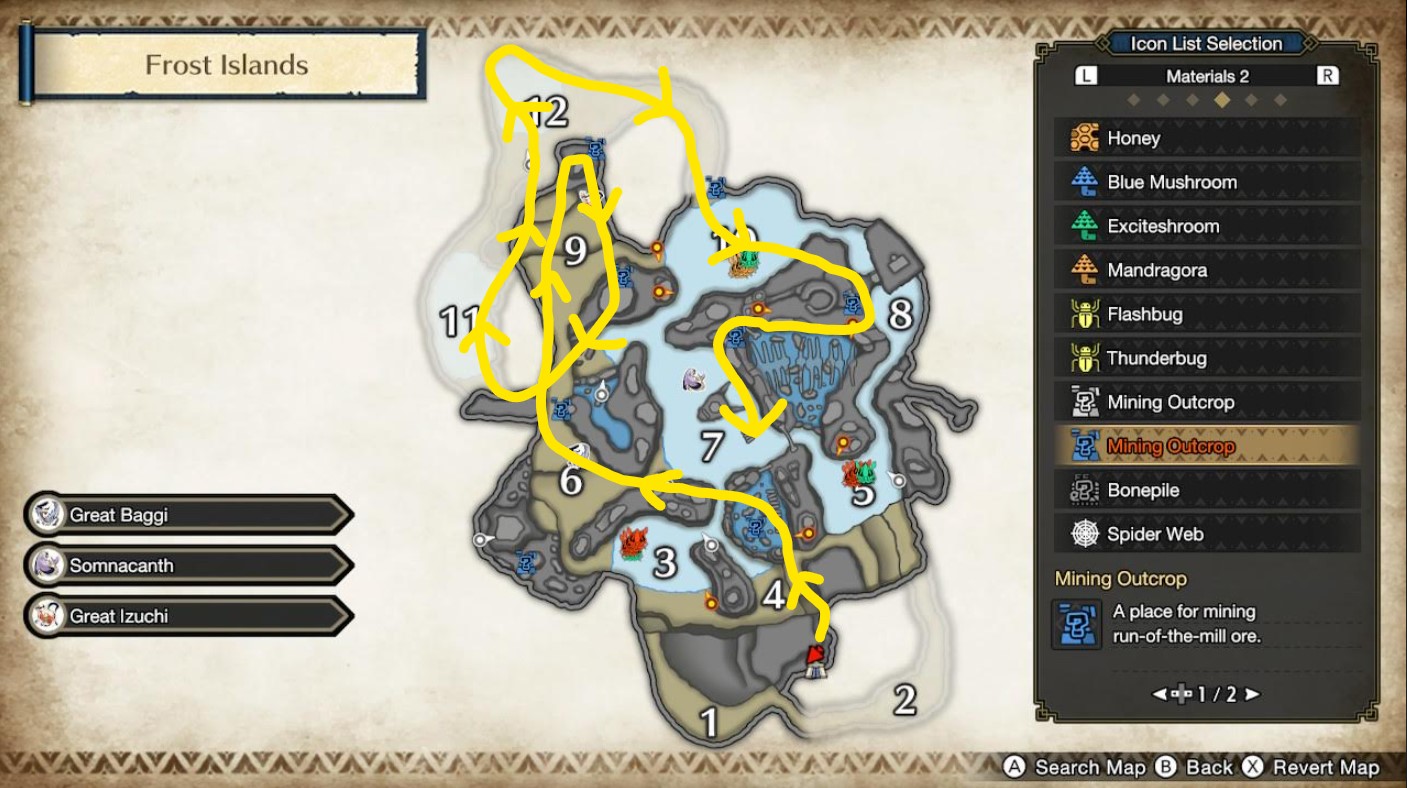 From where you spawn, turn around and head towards Area 4. Use your wirebug to get over the wall into the flooded area to the north and harvest the first Mining Outcrop there.

Next, head northeast through Area 6, harvesting the Outcrop on the northern edge.

Now make your way to the cliff at the back of Area 9 and wirebug up to the top. Behind the ice pillar, there’s another chance at Icium. 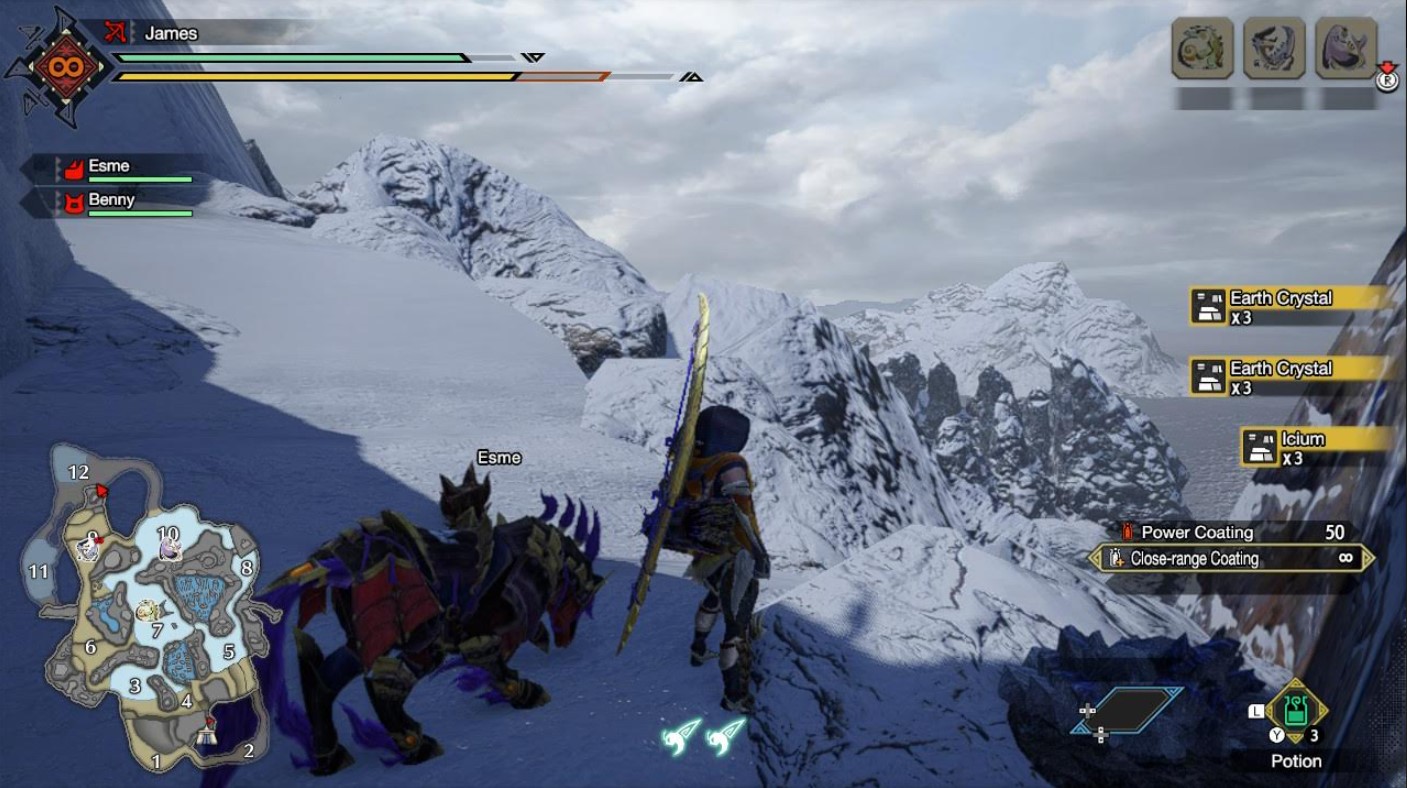 Circling around the pillar, you can now go back and collect the Mining Outcrop up on the raised hill in the southwest corner of Area 9.

From there, go southeast and enter the underground tunnel to Area 11. Once you enter Area 11, there’s an outcrop on the right.

Hug the right wall and head north and you’ll spot a hole in the wall between Areas 11 and 12. Inside here, there are two more Mining Outcrops. 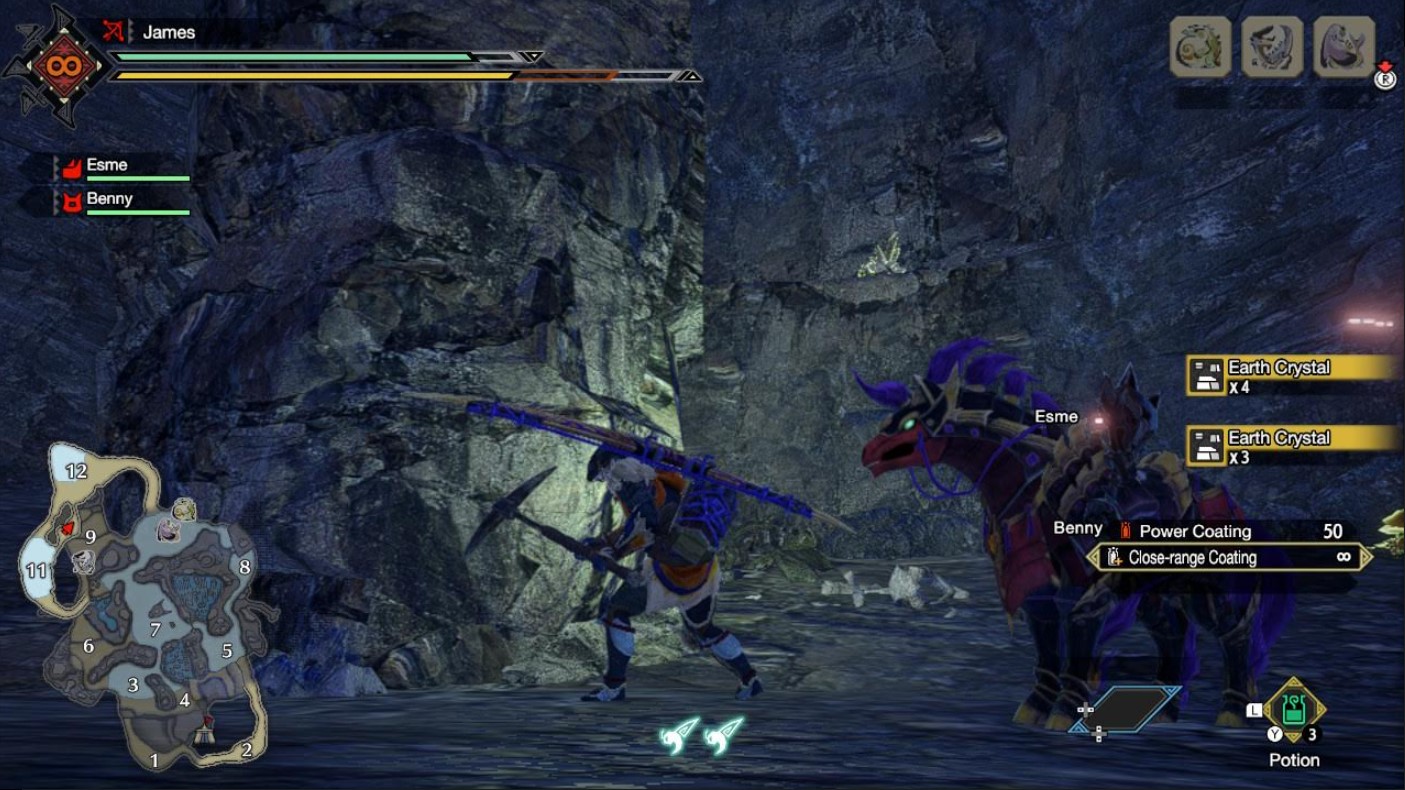 Next, when you emerge in Area 12, grab the extra wirebug from your left, then go out into the water at the back of Area 12. There’s a sunlit hole in the cave above you which you can wirebug to the top of. 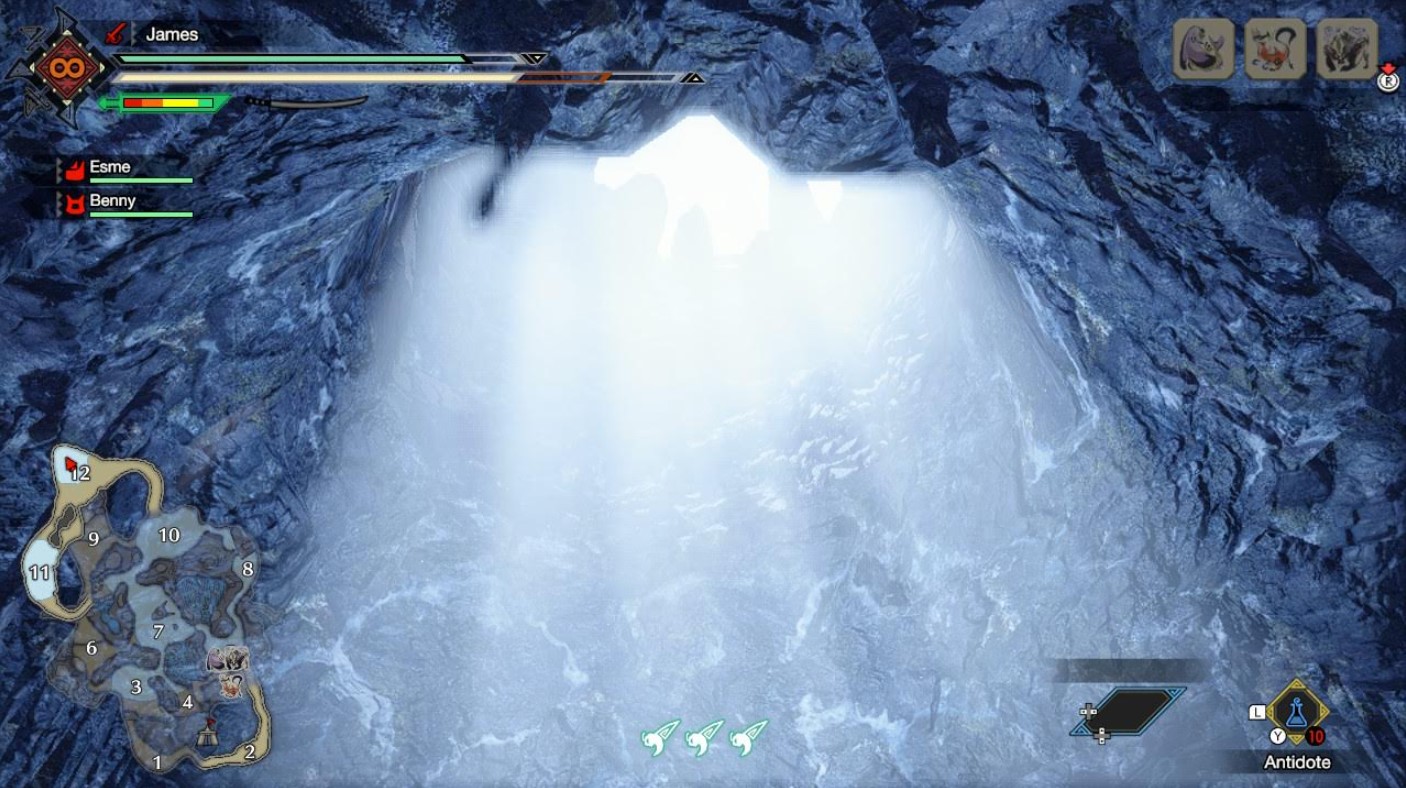 Wirebug into the hole wall, then hold R to sprint up the wall. When you run out of stamina, use the wirebug to launch yourself higher and you’ll eventually reach the top.

Now drop back down into the cave and head east towards Area 10, where you’ll find another Outcrop as you leave.

You can then go back to the first spot you visited to the north of Area 4, and start all over again!

For more on where to find rare items, here's our full Monster Hunter Rise guide.