In the weeks since Brenna Hillier last looked at Metal Gear Rising: Revengeance, it's turned into a very different game - and one she's even more excited to play.

I really liked Metal Gear Rising: Revengeance when I played it in September. I was a bit behind the times; the demo Konami let me distribute greasy fingerprints all over had been to E3 and gamescom before turning up in the local PR office.

This trailer debuted at the Tokyo Game
Show and introduced the awesome
robot chainsaw tail dogs.

In the wake of Tokyo Game Show, a new build started doing the rounds, and not before time. We're only a few months from Revengeance's February 2013 release, and a playable demo is even now in some lucky consumers' hands - shipped with the Zone of the Enders HD Collection - so we really needed to see something more than a proof-of-concept. The last build was certainly fun, but the new version, which I got cosy with last week, makes the old one look like an entertaining tech demo as opposed to a product you might fork over dollars for.

So what's changed? Plenty. Rather than have Raiden turn up in a simulated environment filled with watermelons and jokey little asides, the new preview kicks off with an optional tutorial in traditional Metal Gear VR space. Once through this, we're dropped - quite literally - onto a familiar beach, but this time, armed with some knowledge of why we're there, that we're perhaps a quarter of the way into the game, and with nary a fruit in sight.

Raiden, it seems, was acting as bodyguard for the president of an African nation when the politician was kidnapped by a terrorist organisation or PMC of some kind. In the resulting battle, the fey blond lost an eye, half his face, and most of his bishonen good looks (although this didn't stop Pat, a Metal Gear beginner, from believing Raiden was a woman; it's those whippet-like muscles and high-heeled ninja claws I guess) but gained a thirst for - you guess it - revengeance. 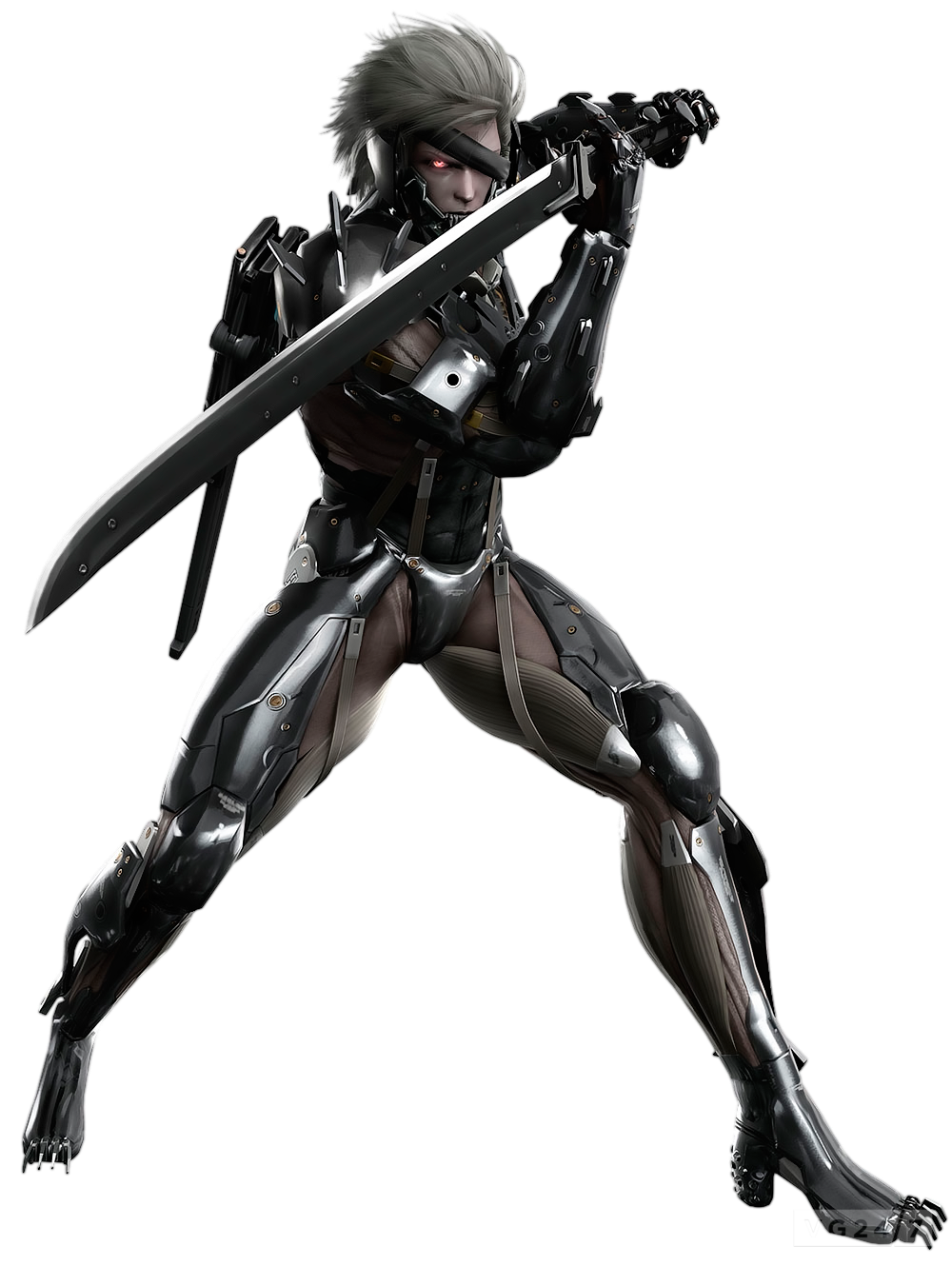 I can't say I see it myself; he's far less
androgynous than his round-hipped
MGS2 appearance.

After a demo-exlcusive text intro, the plot was delivered in typical Metal Gear style, via cutscene and Codec (although notably, Raiden communicates via fancy AR display rather than a simple in-ear radio) but in spite of the lengthy exposition it felt ever-so-slightly different to Hideo Kojima's epics. Platinum Games' spin-off delineation allows the project to take a slightly sillier feel, but I mean that in the most loving way - Metal Gear has always been pretty silly, but now it's aware of it, and it wants you to play along rather than make excuses. Raiden interrupts an ominously weighty discussion of the morality of war by labelling his enemies baddies and announcing that he intends to tear them up, echoing the player's own feelings. Towards the end of the demo, he holds a conversation with a robot dog with a chainsaw on its tail about the ethics of AI and free will, but it takes less than three minutes. Kojima's probably contemplating suicide just so he can spin in his grave.

Finally getting a glimpse of the plot which underpins the action and finding it both comfortably familiar and self-consciously light-hearted is a relief, as it puts some of my Metal Gear nerd concerns to rest, but it's finding significant changes to the gameplay which really got me salivating.

In the earlier build of Revengeance, Blade Time was a valuable resource. It ran out quickly, but once you engaged it, Raiden became unstoppable, slicing apart Geckos with laughable ease; it wasn't a "push to win" button, but it was close. In the intervening months, Platinum has revised the system, making it easier to earn and longer-lasting, but significantly less powerful. You really need to aim your strikes to feel the benefit, and enemies no longer sit around patiently waiting for you to slice them to ribbons - even grunts flip out of the way and lob grenades at you if you hesitate. 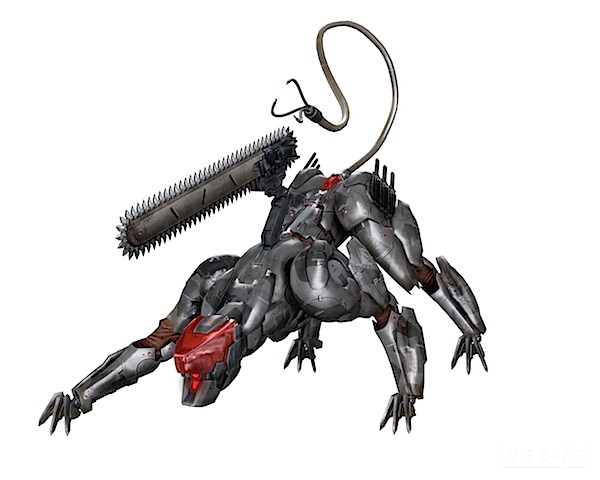 Trailers suggest one of these will
eventually buddy up with Raiden and I am
pretty sure it will be 100% radtastic.

Outside of Blade Time, Platinum has cracked down on the button mashing I guiltily indulged in last time. Even on easy I had my arse handed to me a few times, but I never felt like it was anything but my fault; the limited stealth mechanics mean you're in control of how and when Raiden enters combat, and leaping right into the low ground between two Geckos, a sniper, and two blokes with rocket launchers wasn't exactly my most strategic moment. Parrying remains one of the best tactics when facing overwhelming foes, and although the timing is tricky at first, nailing it is satisfying without being overpowered. In crowds, it's all on you; keep moving and spread your attention, watch for telegraphs and hammer every opening or Raiden will be bemoaning his flat batteries in no time.

Bearing in mind that all this takes place at high speed and you may begin to understand why the control pad had to be pried from my cramping, claw-like hands. It's quite hard, friends, is what I'm saying; this is no soft-headed action effort with the Metal Gear brand lazily attached. This is Bayonetta stripped of the worrying sexuality and rampant camp; it's Vanquish sans gunplay plus the charm of an iconic universe. It's a love letter to Kojima's vision written not in crayon but with the laser-cut precision of a developer widely acknowledged as being at the top of its game.

Metal Gear Rising: Revengeance is due on PlayStation 3 and Xbox 360 in February 2013.