Mass Effect Andromeda presents you with a difficult choice in the First Murderer secondary quest. Spoilers for choice consequences. 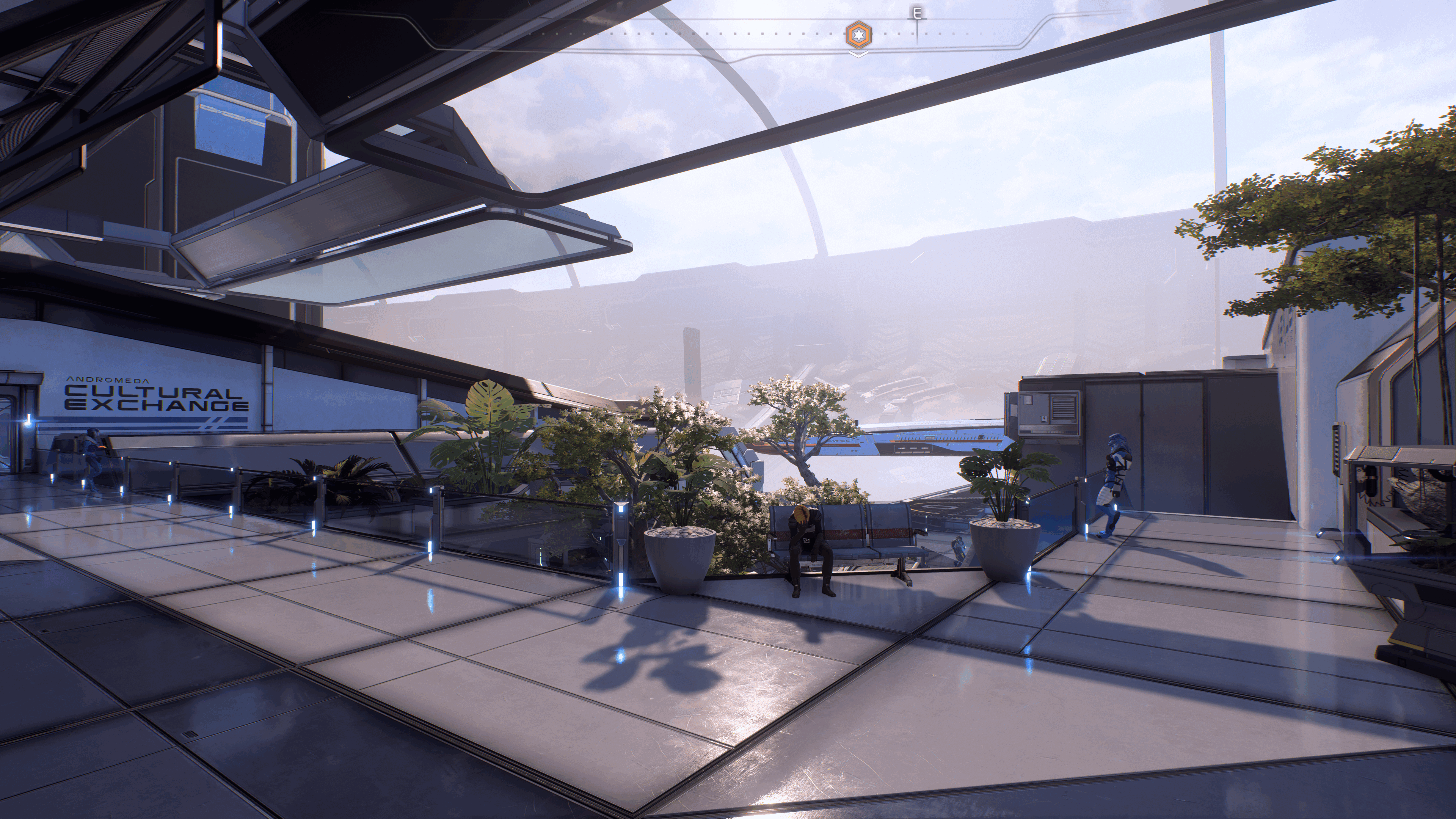 First Murderer is a secondary quest found early in Mass Effect Andromeda, just after you first arrive on the Nexus.

It's one of the first major decision points most players will encounter outside the main quest, and if you've arrived on this page it's probably because you want to know what the potential outcomes are. We hear you. Scroll down for that, or follow along through the quest steps below.

You'll need to visit the Operations area of the Nexus to collect the quest. The questgiver for First Murderer is a weeping Turian woman named Mariette, who can be found close to Kandros.

Speak with mariette and agree to investigate the case against her husband. Cross Operations to the holding cells on the other side of the room to speak with Nilken, the accused. Mine him for information.

Your next port of call is Kandros, back on the other side of the Operations area, who will agree to give you access to records pertaining to the investigation. Optionally, access the marked terminal nearby to view this information.

When you're done, head up to the area of Operations past the tram station and climb up the stairs to the raised dais, where Addison is. The witness, Shaw, is in this area.

After looking at the available evidence you can speak to Tann about re-opening the case. He'll give you the co-ordinates you need to continue the search for the truth.

Return to the Tempest and then to Eos. Travel to forward station near Resilience for easiest access to the crime scene.

Your waypoint will guide you to the general location of pieces of armour. Once you're close by, you may be able to see them sticking out of the sand. In either case, exit the Nomad once you get close and use your scanner on the object.

Repeat this process several times and SAM will guide you to a cave filled with kaekyrn. Put them down then search the cave for the omni-tool; it's easiest to se by going all the way in, then turning around to look out, as the lighting is a bit buggy. With that done, you can leave Eos.

Back on the Nexus, return to Operations and speak to Nilken in his cell. It doesn't matter what you say to him.

Speak with Tann: exile or release?

Spoilers for choice consequences. Your final objective for this mission is to discuss the case with Tann and decide on Nilken's fate. There are no significant gameplay or story consequences to this choice, but you feel anxious about it - we understand. Let's lay it out:

Here are your choices and the consequences:

In either case, your decision sends chockwaves through the Nexus commun- nah, we're just kidding. It is never mentioned again and nobody gives a single toss. Oh, Mass Effect Andromeda!