Expect more Mass Effect: Andromeda patches in the future. Whether or not they fix the stuff that bugs you is another story. 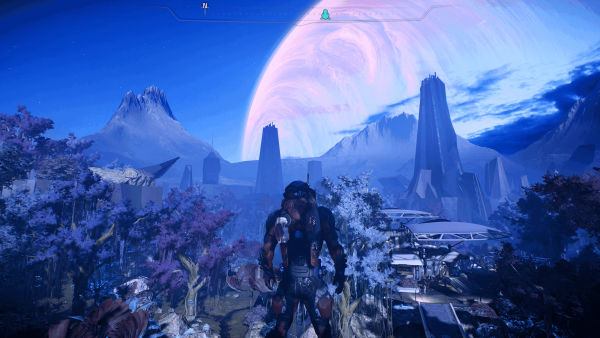 Mass Effect: Andromeda has been catching a lot of flak for being generally unpolished, but the biggest sticking point cited repeatedly has to do with how janky the character animations are.

People made fun on it, and reviewers have similarly not been kind. Although BioWare previously said it has no immediate plan to fix them, fans continue to ask the developers to promise a fix of some kind.

The latest batch of these were directed at lead designer Ian S. Frazier. "As a majority of the mass effect fanbase is upset about current state of the facial animations, and the studio aware of the issue. Could we expect a patch or something down the line to fix these issues?" asked one Twitter user.

Frazier did not comment on the animations problems directly, but he did promise that many issues are being looked at. "We're looking at patching lots of issues and want to strongly support the game moving forward. I can't say more just yet," he said.

Many also felt the character creator didn't provide the depth they expected, and some asked Frazier whether an update will be made to the creation tool anytime in the future.

"Can't promise anything yet, but we're currently evaluating various options for making it better," he told one Twitter user.

"No promises, but I've got it on the list of things we're looking at potentially fixing/adding for character creation," he told another, referring to more beard options in the character creator.

Mass Effect: Andromeda is out now in North America. The rest of the world follows tomorrow.