It’s time to kick ass and chew bubble gum. And I’m all out of gum. There’s a Duke Nukem movie coming, and wrestler John Cena is earmarked the play the titular hero.

Everyone’s least-favourite first-person shooter protagonist is getting his own film and it’s probably going to be very stupid. At least Cena will look the part, mind.

“We don't have a script yet, so that is confirmed at this point but if he reads the script and he doesn't like the script I'm sure there's ways that he could pull out,” producer Andrew Form explains of Cena’s casting, via CinemaBlend. “But right now he's our guy.” 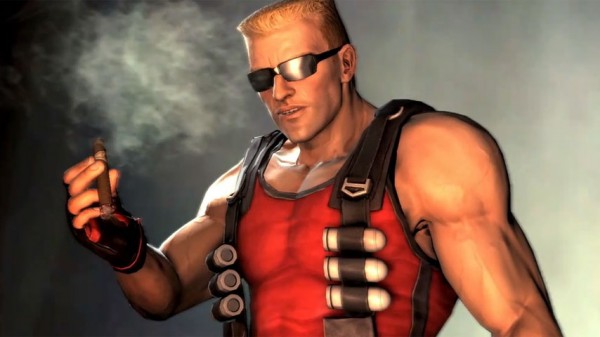 While it will no doubt be a daft film, the producers see to want to do it at least with a bit of self-awareness. In the same interview, Form spoke about tone, and how they learned lessons from how the Deadpool movie nailed its tone.

Tone will be extremely important to a faithful adaptation of the source material. After all, Nukem is a sexist dickhead.

“You know that having a misogynistic guy in today's world, how do you make that fun and lovable and at the same time?” Form asked in the same interview. “He's got to be an incredible badass, so those are the things that we're struggling with and we're going to try and come out with what I hope is a really fun ride. That's the goal, is for it to be a really fun ride.”

So there you have it - it’s going to be a fun, sexist romp starring John Cena. Now they just have to write the script and hope Cena is alright with that. Thanks for listening.