Duke Nukem 3D may be getting a remake/remaster, if these screenshots are to believed. 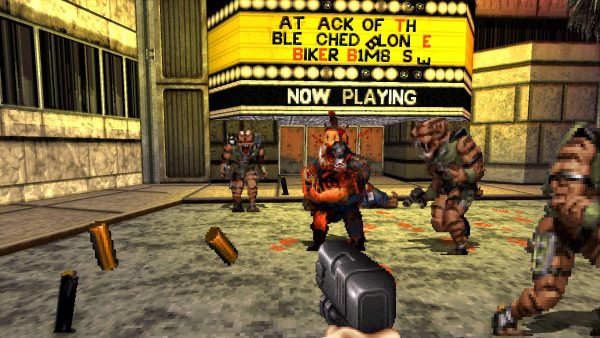 A teaser site for a Duke Nukem-related announcement popped up earlier. The site features a countdown that's going to end in seven days, but not much else.

There's a banner at the top that reads "happy 20th anniversary", referring to the original release of Duke Nukem 3D in 1996. Many suspected the game is getting a re-release or remake of some sort, and it looks like this is true.

According to Reddit user Tezla55, who was apparently contacted by someone in the know, the game is called Duke Nukem 3D: World Tour and it's supposed to be part remaster, part remix. That person provided a number of screenshots that carry the logo of the game and look to have improved visuals.

The game will supposedly feature co-op and online deathmatch, though the leaker isn't a 100 percent sure about that part. It's said to be developed by Nerve Software, a studio that's done work on some Call of Duty games in the past.

The assumption here is that when the countdown reaches zero next week, Duke Nukem 3D: World Tour will be announced. However, we can't be sure of the screenshots, they could be up-ressed versions of the original and the logo is easy to fake.

All will be revealed on Friday, September 2 at 5pm PT, which is when the countdown ends.