Warner Bros and DC Entertainment have teamed up to produce a rather spiffing Collector's Edition for Injustice: Gods Among Us. The package will be available in limited quantities on the Xbox 360 and PlayStation 3 at the beginning of April 2013. Fancy owning a statue of Batman punching Wonder Woman square in the chops? 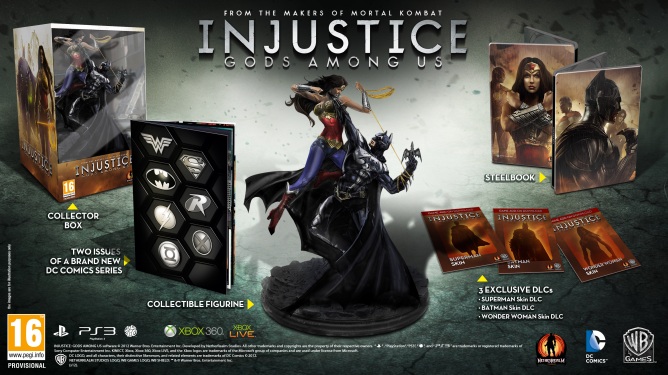 Full contents of the package are listed below:

Fans of DC comics are sure to get a kick out of these extras. No CE will be available for the Wii U edition of the game.