The Humble Store has launched a new sale featuring discounts on a number of nominees in this year's BAFTA Game Awards.

While the offers are a bit hit-and-miss, you can find some all-time low prices on the likes of Control and Sekiro: Shadows Die Twice on PC. Worth a look if you've been after either – especially the latter, as it's managed to hold its value for a long time.

You can find some of the key offers and prices below. For everything else, head over to the BAFTA Game Awards Humble sale page.

Some good; some bad. You can browse around a few other PC digital sellers to find some slightly better bargains, though.

If you're in the UK, for example, you can find Star Wars Jedi: Fallen Order for £36.99 over at Amazon UK for a saving of a few extra quid. Meanwhile, both the Final Fantasy 14: Complete Edition and the MMORPG's latest expansion pack, Shadowbringers, are 40 per cent off at the official Square Enix Store. 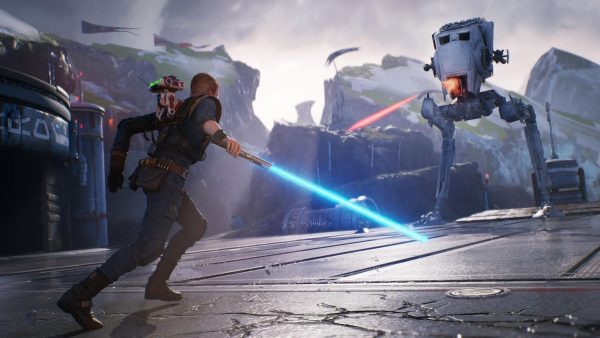 Meanwhile, a handful of last year's best indie games have also been reduced. I'd suggest you take a look at Katana Zero, Baba is You and Observation if you're looking for some ideas.

For even more of the latest offers, do keep an eye on Jelly Deals. Right now, we've got a look at the best Borderlands merch, where to buy all the Animal Crossing amiibo and where to find the best price for a Final Fantasy 7 pre-order.