The 4X strategy genre thrives on complexity - but the latest challenger in the genre wants to reduce tedious micromanagement.

The last time I played Humankind, the new Civilization-like 4X game from Amplitude Studios and Sega, I described it as “complex, clever, and more unique than you might think”. Back then, in a more limited early-game hands-on, I could only see the teases of true depth at the edges of the playable section. Now, in a new hands-on, I’ve been able to see Humankind’s depth and complexity right into the mid-game.

While developer Amplitude Studios has a rich history of 4X games in its titles like Endless Space and Endless Legend, it’s fair to say that Humankind has an obvious rival empire it wishes to muscle in on: Sid Meier’s Civilization. The developers wouldn’t deny this; in the past, they’ve said that a Civ-style game was the natural next step to follow on from the studio’s previous titles. That leads to a frustrating conundrum for critics - can you talk about this game without talking about… another video game? Well, you could - but Civilization is an important frame of reference for Humankind. So - indulge me here. 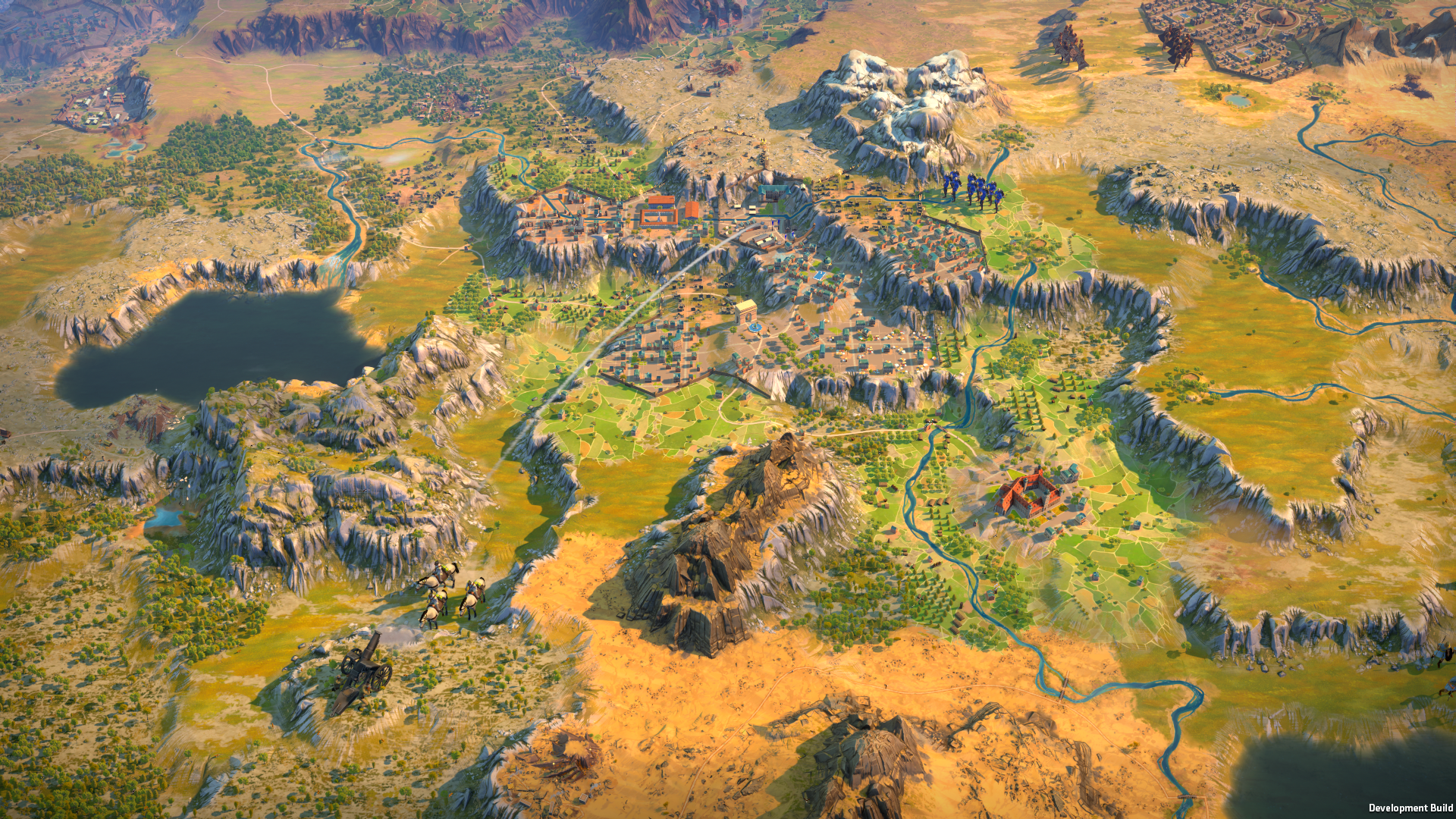 One of the more interesting lenses through which to view Humankind is to contrast the newly-revealed systems in this hands-on to that series. It’s enlightening, revealing what Amplitude values that Firaxis perhaps doesn’t so much, and the reverse. Most interesting, perhaps, is something that the developers said in a post-play interview - the suggestion that they want to “kill micromanagement”.

This is a bold statement, especially in a genre generally beloved and lauded for its complexity. But dig a little deeper into it and you find a key guiding design principle of Humankind - one of the pillars that might ultimately make the game very special.

“It really depends on what area of the game you're talking about,” explains Executive Producer Jean-Maxime Moris when I zero in on the micromanagement comment, asking the developers to dive deeper. “I mean, we love having tactical battles that are all about micromanaging your units.”

The question sparks something of a debate between the two Amplitude developers present. After some eager cross-talk, a consensus emerges.

“You're right,” Studio Director Romain de Waubert says to his colleague, “But you don't have to do that every time.”

This is the point: to reduce the amount of absolute, unavoidable micromanagement to the minimum - or ideally, to remove it entirely. With that said, Humankind is a 4X game all about choice - and not just in the typical way. As well as having a choice in how to deal with diplomacy, or wage war, or how to develop your empire, the game throws regular narrative decisions in your path.

The people want to begin human sacrifices; do you allow it, or prevent it? Whatever you choose, there will be consequences. These choices help to build a narrative of who you are and what your empire is that dominates the entire experience. 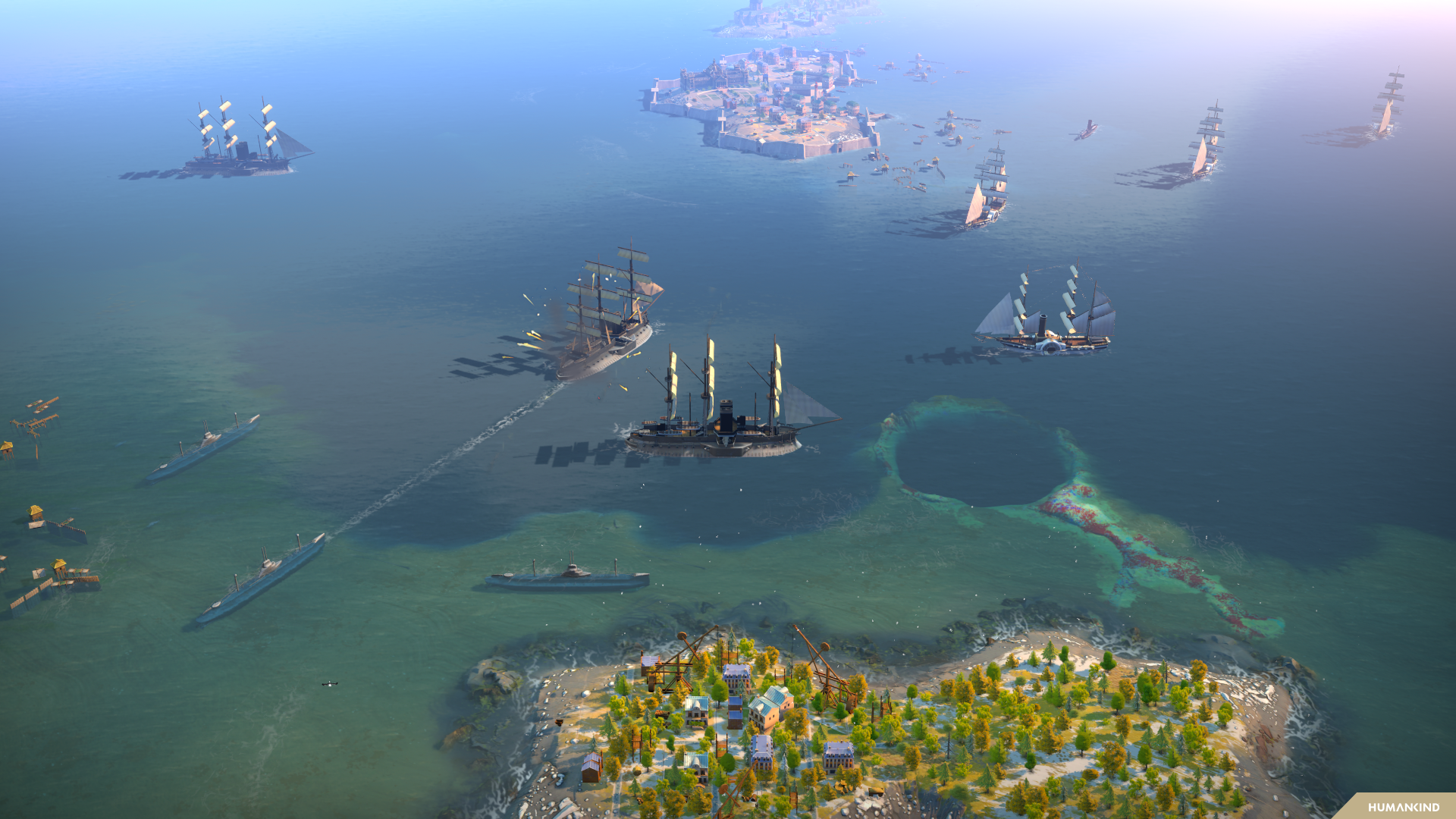 Oftentimes these dilemmas aren't just an A/B gameplay decision, but also a personal one that cuts to the core of how you play the game. There might be an efficient option, yes, but there might also be a role-playing option that vibes more with how you want to be as the leader of a great civilization. You’ll have to make choices like this throughout, and each is an equally valid way to play the game. Each decision like this you make will subtly shape your game and empire - religion, military tradition, and simply the happiness of your people. The micro piles up into the macro.

These dilemmas are few and far between, however. The same is true of many things in Humankind. This is deliberate.

“What we mean is, to have a micro-action where you make a very small decision is fine... if it happens every once in a while,” de Waubert explains.

“It's the same as what we were hunting for in diplomacy. We were trying to figure out what is meaningless, what is meaningful - it's the same throughout the game. From all our previous 4X games - what were the meaningful actions? We try to always go to the core of what is interesting and also what means you feel smart - smarter than other players, smarter than the AI. That's what we want to focus on. That combined with the immersion.” 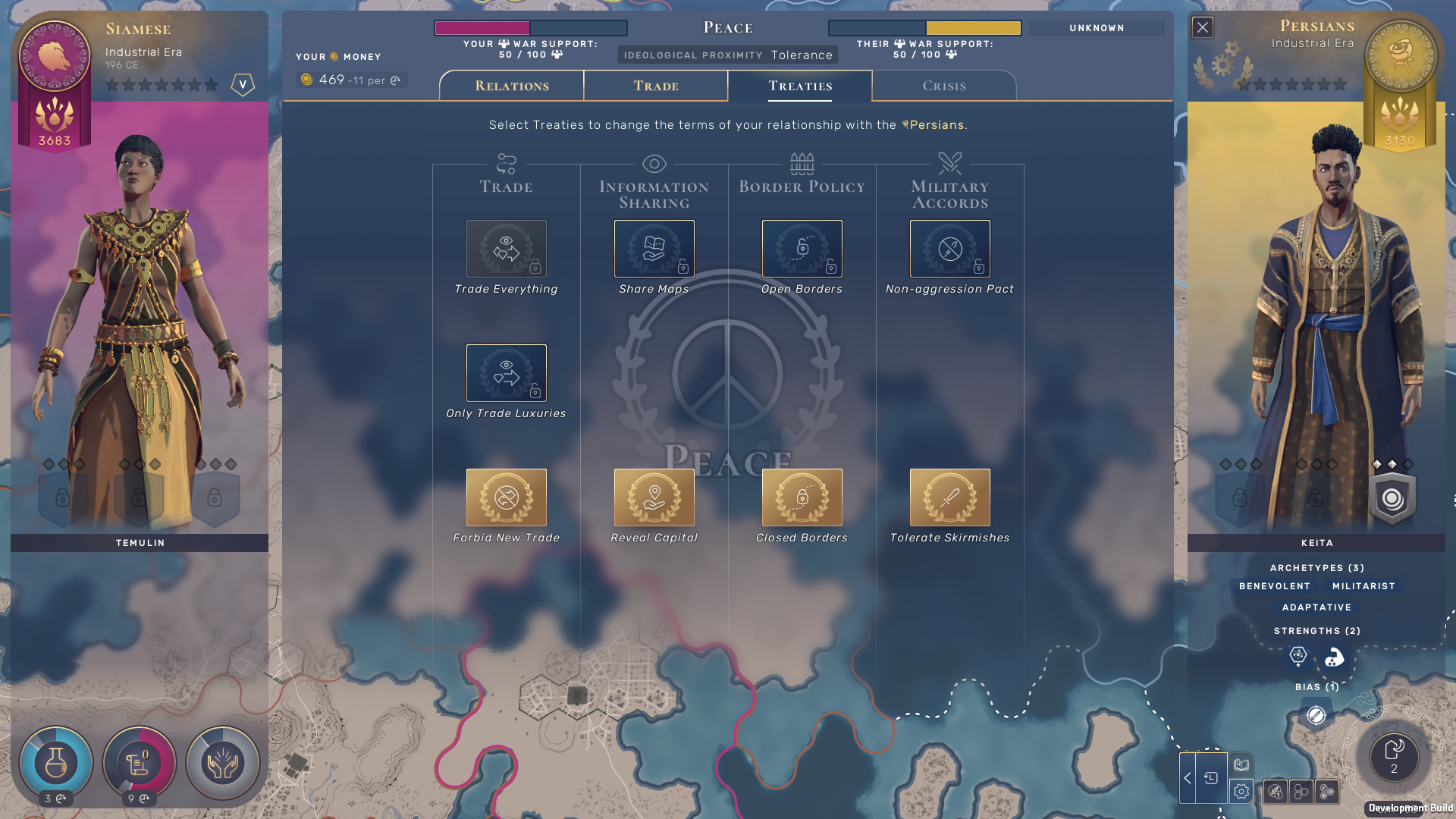 For a system like diplomacy, that results in a multi-tabbed setup with different categories of action rather than one catch-all menu. This easily lets you reach trade actions, treaties, or basic relations like declaring war. Trade feels at once more complicated and more simple, for instance - a range of different options that feel less micro-management driven but also entirely controlled. In that, there is the meaningful action that the developers speak of.

See also the player avatar itself. Where other games use famous figures or individual characters designed by the studio’s artists, Humankind places the control into the hands of the player. You design your own avatar, whose clothes change as you move through the various eras adopting different real-life civilizations.

This even plays into multiplayer; you can set various options on your avatar to denote your play-style, therefore providing an AI opponent your friends can download and play with even when you aren’t online. Amplitude knows people love playing these sorts of games with friends, but also understands they’re difficult multiplayer sessions to schedule given the marathon nature of the games. The custom avatars and AI profiles are a way to allow you to play with your friends even when you’re not - another way to make a small genre given more meaningful.

Humankind is filled with these touches. Though its tentpole feature remains the unique way in which you progress through the world’s eras and create a unique amalgamated civilization, which I described in the last preview, I wonder if some of these smaller touches might ultimately end up the game’s enduring legacy. I can’t wait to dig deeper and find out for sure this August.